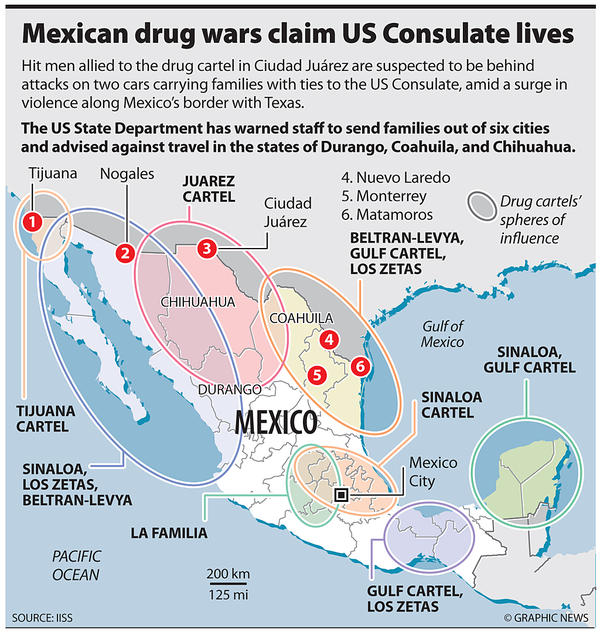 A view of Ciudad Juarez, Chihuahua, Mexico. The increase in violence due to drug cartels’ control has sparked recent debate and brought international attention to the problem of drug trafficking from Mexico into the US. For decades Juarez and other border towns have been distribution points for illegal substances into the US. Mexico’s fertile fields have produced vast crops of of marijuana and heroin destined for U.S. markets that cross through Juarez daily. 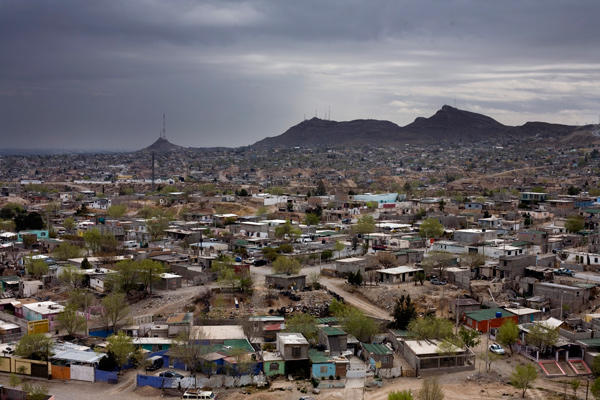 In this photo from March 17, Mexican soldiers patrol the streets of Reynosa, on Mexico’s northeastern border with the United States. Mexico has deployed thousands of soldiers and federal agents to drug strongholds as part of a nationwide crackdown on drug cartels since President Felipe Calderon took office in 2006. Most of the task of combating organized crime in Mexico is done by the military and the federal police. 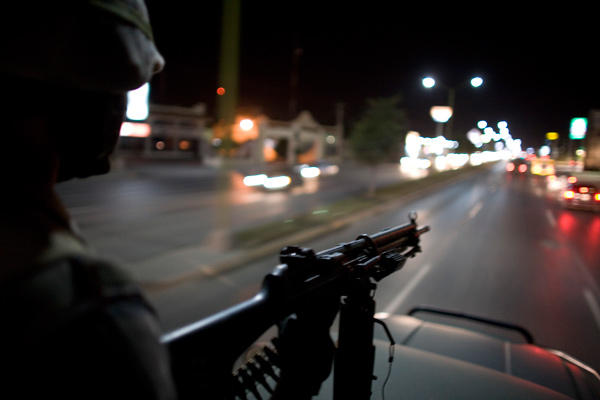 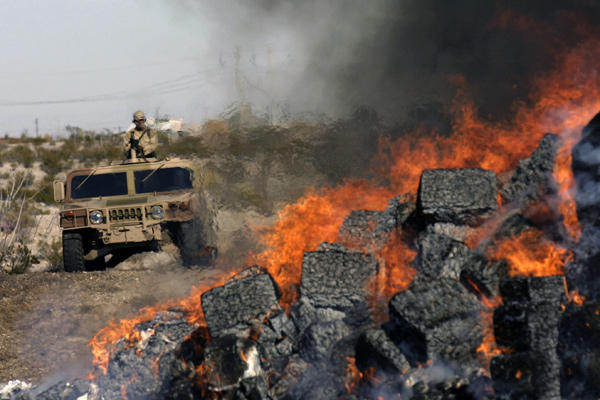 A member of the Army watches the incineration of fourteen tons of drugs in Ciudad Juarez, Mexico on December 2, 2008. Mexico will reinforce the fight against drug trafficking with new military and police contingents in Ciudad Juarez, where the war among drug cartels has acquired unusual levels of violence in the last year. There have been nearly 9,000 drug-related deaths since January 2008, mostly confined to a half-dozen cities. 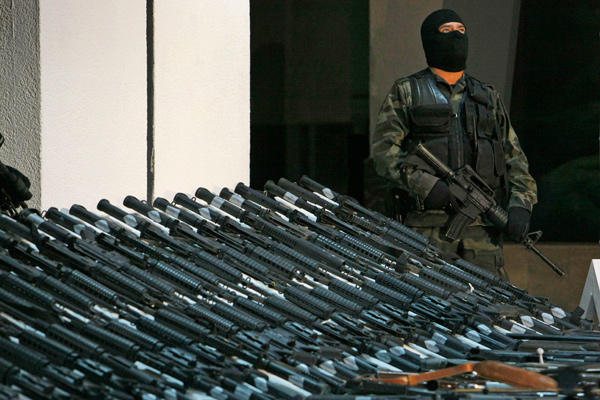 A soldier stands guard during the presentation in Mexico City of arms captured in the largest seizure of Gulf drug-cartel weapons to date, about 288 assault rifles, 500,000 rounds of ammunition, numerous grenades and several .50-caliber rifles. As the State Department says firearms obtained in the US account for an estimated 95 percent of Mexico’s drug-related killings, gun rights groups increasingly worry that an outbreak in violence at the US- Mexico border could pave the way for a raft of new American gun control measures.