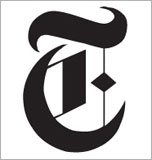 A little more than a year ago, when the Mexican billionaire Carlos Slim increased his stake in the New York Times Company (NYT), I wrote “I pity the Times Mexico bureau chief who has to tiptoe through who is and isn’t out of favor with the paper’s new sugar daddy.” Now we have a very clear example of how the Times treats Slim within its pages; it’s not pretty, and the journalistic compromise can be seen well beyond Mexico.

For the last several days, bloggers and many business news outlets have been revealing truly astounding details from a court case involving J.P. Morgan Chase (JPM) and two large Mexican telecom companies, one of which is Slim’s. Blogger Felix Salmon at Reuters was one of the earliest to cover this at length; his summary of the case gets right to the heart of it:

JP Morgan took one of its longest-standing clients in Mexico — Grupo Televisa — and tried to hand all of its secrets over to its biggest rival, Carlos Slim. And the way it tried to do that was by selling Slim a loan larded up with covenants which would essentially force Televisa to reveal any and all information to the holder of the debt.

This is not simply Salmon’s point of view. In late January, U.S. federal judge Jed S. Rakoff declared that J.P. Morgan acted “in bad faith,” and participated in an “end run, if not a down right sham,” by helping transfer a Grupo Televisa loan to a bank controlled by Slim, who just happens to own Grupo Televisa’s rival.

According to the account in Saturday’s Wall Street Journal, the way that the proposed transfer of a $225 million loan was structured would have effectively required Grupo Televisa’s Cablevision division to hand over to its competitor information including its “budgets, tallies of capital investments, strategic plans, contract terms for its subscribers and plans for improvements at its growing digital network in Mexico City.”

That seems like a pretty bad way for J.P. Morgan to treat its client of 20-plus years. Not surprisingly, Cablevision has sued J.P. Morgan, and Rakoff’s ruling for now means that the loan can’t be transferred; further hearings will take place later this year.

This is a scandalous story, involving one of the world’s largest banks, a powerful federal judge, and two Mexican telecom giants. Under any other circumstances, the business section of the Times would be expected to cover it, as the Journal and Bloomberg have. Yet as of Saturday midday, I cannot find a single mention of any aspect of this case, anywhere in the physical New York Times, or on its Web site–not even a blog post or a wire story. Perhaps as the lawsuit moves on, the Times will be compelled to cover it. But for the moment, it certainly appears that Carlos Slim’s investment has bought the silence of one of the world’s most important newspapers.