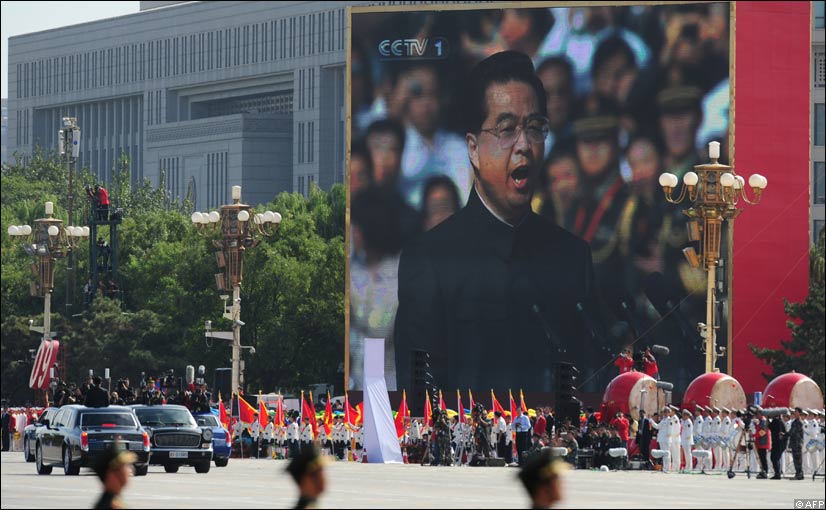 The Chinese business world has seen several recent examples of how bad management of customer relations can inflict serious damage on the social web. But will the big corporations see the upside in time?

BEIJING- Could the ground-level buzz of social media threaten mighty companies like Siemens and Lenovo? Don’t rule it out.

Something is afoot in the way big companies do business, and brand giants risk panicking in the new commercial environment as they continue to operate according to their “massive wealth” model.

In China, microblogging on the mobile internet, or the so-called mobile-internet based SNS (Social Networking Services), are reshaping a new business landscape (much like Twitter elsewhere). Big companies which don’t adapt will be either burn out like meteors or disappear like dinosaurs. Meanwhile, quick reacting and transparent small companies will rise.

Indeed, it is not by chance that we have cited Siemens and Lenovo, two corporate giants who have reacted awkwardly recently in the new business environment.

Early in September, Luo Yonghao, the founder of bullock.cn, a Chinese language blogging website and one of China’s most powerful new breed of Internet celebrities, complained on his blog about a faulty door on a Siemens refrigerator. Plenty of other people came on to his site with their own complaints about the same problem with their Siemens refrigerator doors.

Though Siemens did communicate with him, Luo did not feel satisfied with their sincerity, so he summoned two other well-known people and together they smashed their refrigerators in front of Siemens’ headquarters in Beijing. The event attracted a load of media coverage, which prompted Siemens to hold a press conference that ended up arousing even more jeers in microblog space.

As for Lenovo, I will recount something which occurred to CN Consulting, the company I work for. Recently we advanced 700,000 RMB ($110,000) for a number of Lenovo tablet PCs. According to the regulations, we’d be able to obtain around a dozens extra units as a bonus gift. But when the deadline for delivery was up, Lenovo called up to say they were going to replace our gifts with other products, otherwise they could not guarantee the delivery on time.

Due to the good relationship we had always had with Lenovo, we sent a formal complaint to the company. When they did not give us a satisfactory answer, I exposed the case on a microblog. Within two hours, a Levono official had contacted me. Another five hours later and my problem was solved. But before this happened, a lot of other microbloggers had already shared my account.

What the two events indicate is the fact that social media is utterly rewriting the company-customer relationship. Unfortunately, big companies have yet to realize that. They are still submerged in a sense of superiority based on the might of their brand.

The attitude of superiority of big enterprises was built on the fact that consumers used to lack information, and were therefore short of choices.

In other words, big companies used to benefit from the fact that consumers were insulated from each other, allowing their protected sales channels to establish their brands.

On one hand, these big brands do save consumers some effort in making choices. Consumers trust the brand to reduce their purchase risk. On the other hand, this mechanism also established monopolies for these giants.

Unfortunately, brands are not there to protect the interests of the consumer. Just like within the public sector, bureaucracy can also inflict itself inside big companies.

In the past, because of the big brands’ monopoly of buyers’ trust, they were able to establish rules such as “brand = higher price” and “higher price = higher status.” Ultimately, this was totally contrary to the respect for the freedom and choice of consumers.

The proof is that on Taobao, China’s biggest website for online shopping, and on Jingdong, another Chinese B2C site, big name products are often marginalized. The reason is that small companies, which focus their strategy on selling through these online companies pay much more attention to the buyers’ comments on their products — as well as their integrity — than companies like Siemens or Lenovo do.

In the online store, numerous low-selling “long-tail” products gain vitality, in particular among youth. Traditional sales concepts are disappearing and being replaced by the interaction between manufacturers and consumers through social media.

The Internet has provided a personalized and simple trading platform. And the mobile internet-based SNS will further alter the fundamentals of business-consumer relations.

Enterprises now have to react to consumers’ complaints within seconds, not days. Unless the consumer’s complaints are dealt with immediately, an enterprise can pay a very high cost for its arrogance.

In a microblogging era, can mighty enterprises like Levono and Siemens be discarded? Maybe. It depends on how they face the big changes taking place around them. Any company that intends to regard microblogs as a market platform loses such illusions quickly. Social media sales is by nature a logic system that emphasizes interpersonal trust and works contrary to short-term utilitarianism.

At the same time, I advise SINA, the Chinese online media and the operator of microblogging, not to hurry in introducing advertizing and commercialization to microblogs, otherwise that might kill a platform which is likely to change China’s commercial landscape.

The history of mankind is basically a history of interaction among people. Therefore microblogs, which are based solely on interpersonal relations, are bound to change the world.