North and South Korea have exchanged artillery fire near a disputed sea border off the west coast of the peninsula, South Korea’s Yonhap news agency quoted government officials as saying. 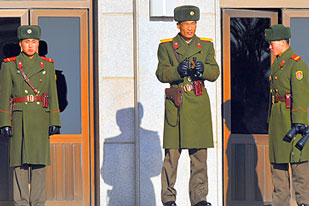 Wednesday and there were no casualties, according to Yonhap.

Seoul’s national security officials scrambled for an emergency meeting over the exchange of fire on Wednesday.

North Korea declared a “no-sail zone” in the Yellow Sea waters on Tuesday, in a sign that it might fire artillery or short-range missiles.

The area is near a contested sea border between the rival Koreas that was the site of a brief naval clash in November between the two states which are technically still at war.