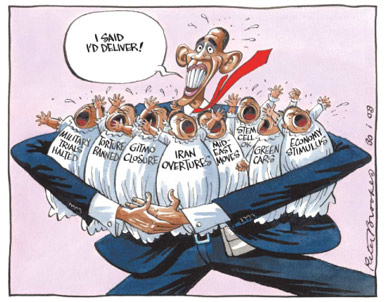 The president, we were told, spent a good deal of time in the days leading up to his State of the Union address going over it with a fine-toothed comb, making changes and additions in longhand. But judging from the speech, he also spent a lot of time going over the results of focus groups and polls.

Indeed, the speech, despite its charm, humor, and occasionally impassioned rhetoric, had the feel of being focus-grouped within an inch of its life. There was a decidedly paint-by-poll-numbers air about it. It came across less like an overriding vision for the country, and more like an attempt to deliver at least one applause line for every constituency in the country.