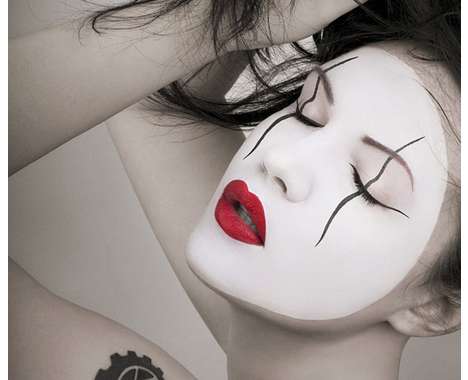 The French and Seduction

Strauss-Kahn may change everything

La Seduction: How the French Play the Game of Life. By Elaine Sciolino 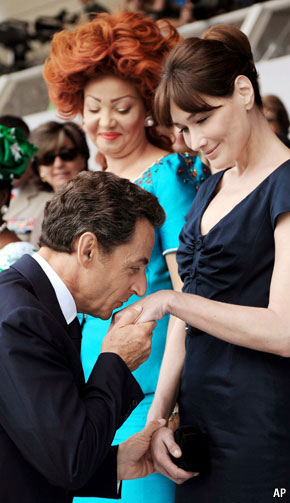 “SEDUCTION is not a frivolous thing,” Arielle Dombasle, a coquettish French actress, tells the author: “It’s war.” Elaine Sciolino, a Paris correspondent for the New York Times, who has written, among other troublespots, about Iraq and Bosnia, took this as a challenge. Putting aside her American puritan reflexes, Ms Sciolino kits herself out in towering heels and a black, silk wrap dress, and tries to get to grips with France’s culture of seduction. The curse is that this book misses the greatest sexual shock to French public life: the arrest in New York of Dominique Strauss-Kahn, former managing director of the IMF, on charges of sexual assault and attempted rape. But its great merit is that it gets the topic right, sketching the background to a culture in which sensuality defines so much of public life.

Seduction in France, writes Ms Sciolino, is more than a game: it is “an essential strategy for France’s survival as a country of influence”. As the author navigates the salons of French diplomacy, or the elegant dinner tables of parquet-floored Paris, she meets seduction at every turn. Jacques Chirac, a former president, reaches to kiss her hand and cradles it “as if it were a piece of porcelain”. A female French jurist urges her to look chic even when nipping out to buy a baguette, “because you never know”. Some of the observations are well judged, if familiar: the sensuality of preparing and sharing food, or tasting fine wine; the seduction rituals of street interaction, or superior conversation; the eroticism of French perfume.

A fresher perspective emerges from the discussion of the way in which French electoral politics is also wrapped in the codes of seduction. At elections voters expect their politicians to engage in an opération de séduction. Valéry Giscard d’Estaing, another ex-president, boasts that his smouldering look to women in a crowd was a campaign tool. Mr Chirac was also an incorrigible séducteur as he pressed the flesh. Viewed this way, President Nicolas Sarkozy’s unpopularity today has less to do with unfulfilled promises than with the fact that he is “a case study in anti-seduction”: too hurried, too direct, too belligerent to charm French voters. “Without a seductive aura to protect him,” writes Ms Sciolino, “he was vulnerable.”

Within such a culture, political affairs abound; but a code of silence prevails. Why? Partly, the author argues, it is a collective effort to keep ugly truths from tarnishing France’s seductive image. Partly it is because “the French believe in the right to pleasure”, so tolerate pleasure-seeking behaviour. They simply cannot understand the way Americans link deceiving a spouse and misleading an electorate. This is why Mr Strauss-Kahn’s womanising was seldom reported. In the light of his arrest, Ms Sciolino’s discussion of rumours about his libertine sexual ways is a useful corrective to the “everybody knew” thesis. The former IMF boss certainly comes across as a persistent seducer. But a potential rapist? Even this well researched book makes no reference to the claim of sexual assault that has since resurfaced against him by a French writer, Tristane Banon. The only hint at coercion is a blogger’s comment that DSK “often comes close to harassment”.

At times in this playful book the author has such fun with her theme that she risks overstretching the point. French diplomacy is “one never-ending seduction”; market stallholders and shoppers “seduce each other” over ripe tomatoes or fat lemons. She even describes battles with bureaucrats as an exercise in seduction, thanks to the promise of pleasure in resolution. By the end, the author, who calls herself a “fervent feminist”, is charmed rather than exasperated; France has seduced her too. The reader cannot help wondering if she would have written quite such an affectionate book had Mr Strauss-Kahn’s arrest taken place before it was published.