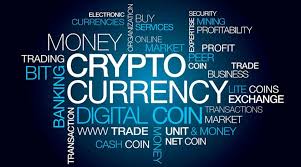 Jeff Garzik’s start-up, Bloq, is launching a new cryptocurrency which can switch between blockchains. As Coindesk reports

Long a controversial figure at the center of the debate on how best to scale the public bitcoin blockchain, Garzik’s company is today announcing what it believes will be a solution to the infighting he perceives as keeping money out of the established cryptocurrency market.

Revealed at Money2020 in Las Vegas, Bloq is unveiling metronome, a cryptocurrency that seeks to claim a series of firsts in crypto-economics, including offering users the ability to switch the same token back and forth between blockchains as desired.

“It’s sort of a best-of-all-worlds cryptocurrency,” Garzik said, describing it as a ‘boxcar’ that could ride on top of any compatible blockchain.

Jeff Garzik, one of a handful of key developers who helped build the underlying software for bitcoin that is known as blockchain, has seen its shortcomings first hand. So he decided to create a better digital currency.

He’s calling it Metronome and says it will be the first that can jump between different blockchains. For example, coins that are used for applications on the Ethereum blockchain will be able to move to Ethereum Classic before jumping onto Qtum or Rootstock, which connects with the bitcoin blockchain, said Garzik. The mobility means that if one blockchain dies out as the result of infighting among developers or slackened use, metronome owners can move their holdings elsewhere. That should help the coins retain value, and ensure their longevity.

Bloq’s co-founder, Matthew Roszak, expects the new cryptocurrency to attract interest from institutional investors, as he explained to Coindesk

“Roszak believes this sophisticated automation will encourage large investors who have yet to put money into public cryptocurrencies for fear of the seemingly erratic decision-making by developer groups to do so. When they analyze cryptocurrency, the analysts, engineers and economists sitting at the committee, they’re saying they pick the top two – bitcoin and ether. Then they say, well there’s forks, ‘civil wars,’ ‘proof of Vitalik,’ Roszak posited.

‘They’re cryptographically secure but these components create surprise and risk.’ In contrast, Roszak framed the Metronome token as ‘fixed and locked in stone,’ attributes he suggested should counter these concerns. Equally unique, however, is how the token will seek to operate on launch. As described in its announcement materials, metronome is opening with an initial auction of 10 million MTN, with 8 million MTN being made available to the public and 2 million being set aside for Bloq as the principal development team.

Roszak told Bloomberg “We’ve built a thousand-year cryptocurrency, something that’s built to last.” Garzik explained his thinking behind metronome as “seeking to offer a utility to those who want a more reliable store of value and foundation for distributed applications. ‘We feel that there is a consistent demand for a cross-chain option. I point to the major uncertainty of proof-of-stake and proof-of-work, where the proof-of-stake system is going to change the money supply, but (Ethereum) hasn’t stated how much it will change,’ he said. As outlined in the metronome white paper, one of the chief selling points of the token is that it boasts “zero founder control” after its launch, and as such, is resistant “‘to the whims of individual or community discord” by functioning as a series of smart contracts.

“If I had a clean slate of paper this is what I would design,” Garzik told Bloomberg. He might be correct, although the now ancient rivalry between VHS and Betamax springs to mind, never mind the coming entry of governments into the cryptospace. “While seeking to side-step some of these challenges, metronome will have some of its own. It’s starting out with zero users, compared with 35 million active bitcoin users a month. There are more than 1,100 tokens and currencies competing for users, according to CoinMarketCap. The token will first be issued on ethereum, and support for ethereum classic and other blockchains is expected within months.2

Garzik described himself on Bitcoin.com in 2015:

– Coding since the age of 8
– First stock trading at 12, first business at 16
– Coding open source software – GNOME, Linux, cloud and more – for over 20 years
– Discovered bitcoin in the “Great Slashdotting” of July 2010
– Initially a bitcoin sceptic; had to study the software to convince myself it would work.
– Quit 10+ year job at Red Hat to work full time at Bitpay in June 2013
– Recently wound down space project Dunvegan Space Systems; now at stealth bitcoin startup Bloq.
– Bitcoin’s greatest legacy is a catalyst, kicking off the current crypto revolution
– It’s just the early days of bitcoin. Bitcoin interests me as a base layer for enabling automated AI entities to function in the real world, hiring humans and running corporations via decentralized markets.
– Outside of computing, I enjoy ‘future stuff’ – self driving cars, 3D printing, narrow AI – and – ‘outdoorsy stuff’ – bicycling, hiking, backpacking, whitewater canoeing.

Garzik’s long -term vision is for an internet of blockchains, of which Bitcoin is the root. He sees a four-step development in blockchain technology, as he told Bitcoin Magazine in 2016.

Step One is digital currency, the very first use case of blockchain,’ Garzik said. That means Step One in the evolution of blockchain technology, as Garzik explains it, is obviously Bitcoin. Bitcoin, introduced in 2008, has caught the imagination of large swaths of the collective imagination, from major financial institutions to hackers in their mom’s basements.

Step Two, which, according to Garzik, Bitcoin has already surpassed, includes companies researching how digital currencies ? or tokens ? can be used in interbank transfers. Financial institutions are doing this in order to make the modern methods of money transmission more efficient. While credit cards and debit cards work well, people lament the need still for paper checks or wire transfers, which can take days. Moreover, the latter costs a large percentage of the overall transfer. As Garzik puts it: ‘Step Two is digital assets, where you have financial institutions putting digital assets on the blockchain.’

‘Step Three is smart properties,’ Garzik said. ‘Putting physical assets on a blockchain, whether it’s a jet, a boat, a plane, real estate or something like that.’ This phase has been theorized about for years and the mainstream media is undoubtedly catching on to things like how the Internet of Things (IoT) and blockchain can unite to power the cities of the future. For many, this comes down to managing property on the blockchain. Smart property refers to ownership determined by blockchains with smart contracts. Smart property can also include shares in a company or access rights to a software or computer. Smart property streamlines the ownership process, diminishing the chances for fraud and reducing mediation costs.

The blockchain industry ? which in Garzik’s mind includes at its heart the Bitcoin technology ? is moving into an exciting phase:

Step Four. ‘Step Four ties all of that together into a mesh network of cross-chain smart contracts that guard the assets and the assets mature,’ Garzik said. ‘Really move beyond simple encryption needs for managing and securing assets. Right now, I think we are moving from Step Three to Step Four with some of the exciting things going on in the Ethereum community and similar technologies on the smart contract side. With Rootstock most notably, similar (things are) happening on the Bitcoin side as well.’ It’s this development that is ‘exciting to me in the very near term,’ Garzik said.

Garzik partnered with Matthew Roszak in November 2015 on Bloq. ‘Open source is key to rapid innovation,’ said Garzik, ‘and this has been true of both the early days of Linux and cryptocurrency. But at some point, there needs to be an enterprise-grade solution for a technology to be reliable enough to play in the Fortune 500. You can’t sit around and hope that unpaid volunteers come up with an update. Red Hat solved this problem for the Linux market, and Bloq will solve it for the blockchain.”