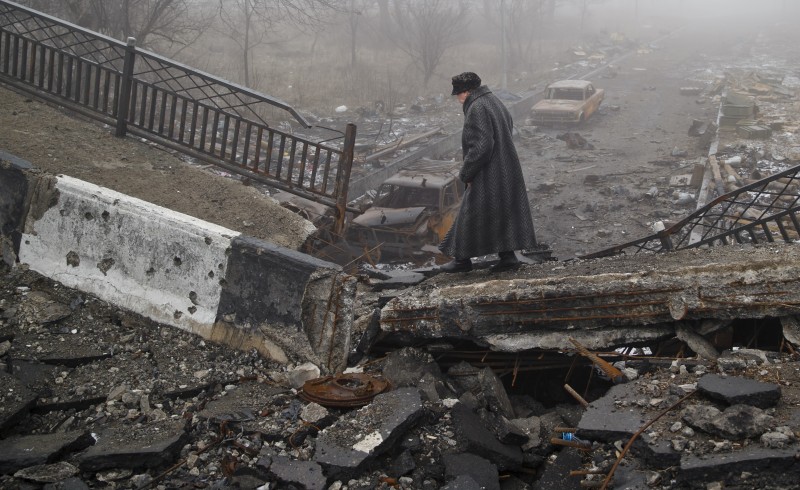 The humanitarian catastrophe in Donbass (Novorossia) is one that qualifies under the definition of ethnic cleansing. The ‘mass expulsion or killing of members of one ethnic or religious group in an area by those of another’ is currently underway in the former eastern Ukrainian region. Thousands of civilians have been killed and up to 2 million have fled their homes to find refuge in Russia.

The Ukrainian army which is currently composed of soldiers who are mainly from the western regions of Ukraine has inflicted death and destruction on a grand scale in the eastern regions. The president of Ukraine, Poroshenko, has repeatedly proclaimed that the country will only have one official language and one official culture. This ultra-nationalist standpoint is a blatant appeal to the fascist politicians and military figures who keep Poroshenko in an uneasy seat of power.

The proclamation is what originally brought those in the east out into the streets. The people of these regions felt their Russian culture and language was under direct attack. The Donbass people protested for the right to a vote on federalization and protecting their culture. This was rejected by Kiev and then the rejection was reinforced by military bombardment.

The mainstream media has by and large avoided this aspect of the crisis in favor of wild misinformation with regard to a ‘Russian invasion.’ What is most disturbing about this is the echoing by the mainstream of what Ukraine has dubbed an anti-terrorist operation or ATO. Donbass is a region of 5-6 million people and the entire region falls under Poroshenko’s anti-terrorist operation ‘zone.’ What has in effect taken place is the labeling of millions of civilians as terrorists. This is a concept familiar to many western-backed military initiatives such as the war on ‘terror’ in Iraq and Afghanistan.

The protests in the largely Russian speaking regions of the east and their eventual violent repression by Kiev led to an armed uprising and the establishment of self defence forces. The movement is largely made up of the local population and has its ranks bolstered by Cossack forces and volunteers from Russia. The mainstream media and Ukrainian authorities have on the other hand pushed the unsubstantiated claims of the Russian army being the driving force behind the uprising.

This idea is further distorted by the media labeling these self defence forces as ‘Putin’s thugs’ or ‘Putin’s bandits.’ It is no wonder then, why the Ukrainian army has inflicted such high casualty rates on the civilian population. They are, in the eyes of the west and at home, ridding their country of what Ukrainian Prime minister Yatsenyuk calls “subhumans.”

This is a precedent that was initiated in Serbia when its population faced mass expulsion and ethnic cleansing which was backed by NATO and the west. The argument for intervention and the resulting horror were largely unsubstantiated claims of ethnic cleansing carried out by the Serbian army. The mainstream media obliged this narrative by almost never seeking the Serbian side of the story, let alone exploring the impact on civilians until years later.

Similarly, during the Georgian attack on South Ossetia in 2008, news outlets such as the BBC called it an assault by Georgia on “pro-Moscow rebels.” This blatant misinformation disregarded the fact that South Ossetian civilians bore the brunt of the Georgian attack and the ‘rebels,’ much like in Donbass, were those who sought to defend themselves. Also ignored was the clear intention of Georgia to stage this attack.

More disturbing still, was the absolute whitewashing of what the Georgian military named ‘Operation Clear Field’ which, much like Yatsenyuk’s call to ‘clean the land’ of Donbass, was aimed at ethnic cleansing. The result of Georgia’s aggression was approximately 2000 dead in South Ossetia, and the destruction of civilian homes on a large scale. Russia’s subsequent defence of the people of South Ossetia was lambasted, in what are now all too familiar terms, as ‘Russian aggression.’

The media whitewashing of Ukrainian atrocities in Donbass and the labeling of millions of civilians as ‘rebels’ and ‘terrorists’ are the disturbing patterns of a press controlled by a rampant western, military-industrial complex. The people of these eastern regions have been left without a global voice, the democratic ideals so widely talked of in the west have been denied to them. 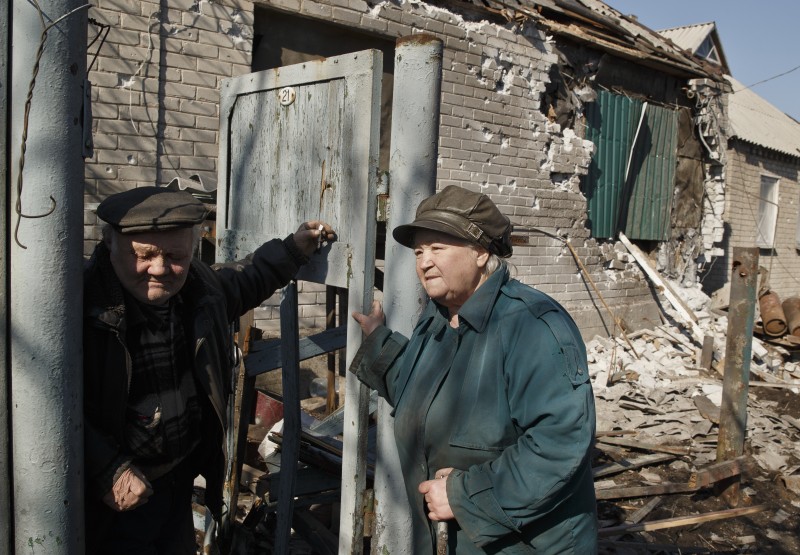 An elderly couple stand in front of their badly damaged house in Debaltseve, Ukraine, Monday, March 9, 2015. More than 6,000 people have died in eastern Ukraine since the start of the conflict almost a year ago that has led to a “merciless devastation of civilian lives and infrastructure,” according to the U.N. human rights office. (AP Photo/Vadim Ghirda)

The mainstream media has been so effective in its misinformation that every aspect of this crisis has been turned upside down for the Donbass people. They are defended by people who have given up their former lives only to be called terrorists. They are represented by journalists who reject the western narrative only to be called propagandists. They receive humanitarian aid and political support from Russia who in turn is called the aggressor.

In order for the truth to find a larger audience, the mainstream media must be avoided and this avoidance needs to be promoted with every available tool from social media to citizen journalism. Reports by independent journalists and the many experienced Russian journalists working in Donbass need to reach a wide readership for an balanced examination of the disaster in Ukraine.