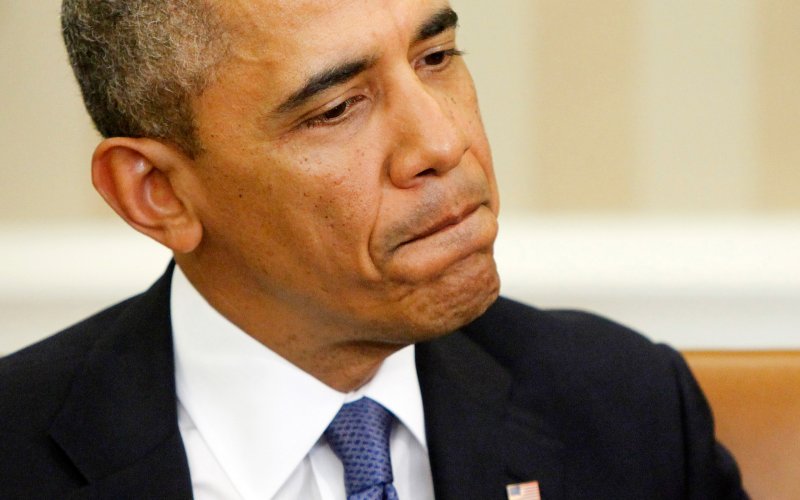 The right says President Obama hates Israel, but in reality he’s just aloof and smug.
Conservatives have for several years wondered aloud about Barack Obama and his seemingly less-than-warm approach to Israel. Could it be, they asked themselves, that he’s an anti-Semite?

They should ask themselves instead how anyone as bored and aloof as Barack Obama could bother himself to hate anything.

Pletka’s verdict on the president took a more measured stance. “Perhaps hate is too strong. But dislike strongly? I’ll buy that,” she wrote.

And that, or roughly that, has pretty much summed up the conservative consensus. But now that Israel and Hamas are at it again, so are the right’s Mideast Manicheans.

Even before renewed hostilities broke out in Gaza, radio’s Mark Levin thundered point blank that the president and his administration indeed “hate Israel.” True, said Levin, “they like Jews who contribute to their campaigns and vote for their president and so forth, but that’s it.”

Later, as the security situation soured in Israel, Breitbart’s Ben Shapiro turned up the heat. “This is an anti-Israel administration,” he told Megyn Kelly on Fox News. “It’s the first administration in American history that is obviously anti-Israel. It’s borderline a Jew-hating administration.” (Kelly disagreed.)

When it comes to the outside world that has intruded so rudely on his pet domestic projects, he just. Can’t. Even.
It’s hard to be sure what borderline hatred is. But it’s easy to understand what fellow conservative firebrand Ace of Spades meant when he tweeted that “Obama has a pretty good shot at topping the historians’ lists of Most Chill Presidents.”

As Ron Fournier is in the habit of reporting, big time Democrats have reached just about the same conclusion. According to a House Dem whose endorsement gave Obama a much-needed boost in 2008, “He’s bored and tired of being president, and our party is paying the price.”

Barack Obama is not just over his presidency. When it comes to the outside world that has intruded so rudely on his pet domestic projects, he just. Can’t. Even. And The New York Times, as they say, is ON IT:

“Sometimes stretching into the small hours of the morning,” reports the Times, the president’s expansive, expensive dinner parties “reflect a restless president weary of the obligations of the White House and less concerned about the appearance of partying with the rich and celebrated. Freewheeling, with conversation touching on art, architecture and literature, the gatherings are a world away from the stilted meals Mr. Obama had last year with Senate Republican leaders at the Jefferson Hotel in Washington.”

This is not a guy who despises Israel. He’s a guy who resents being distracted.

Now, some may say that this is actually the essence of anti-Semitism. The case could be made that the plight of Israel is so dire that anyone who does not put Israel first on America’s agenda, but could do so, is acting like a bystander who refuses to help a drowning man.

Of course, Israel is not analogous to just any person in trouble. Israel is unique. It is, alone in the world, a state created to politically embody a people believed by billions to have a special relationship with God.

And it is here that Obama’s overheated critics have something of a point. There is no doubt that Israel’s fiercest worldwide critics have more than a practical problem with Israel’s policy toward the Palestinians in Gaza and the West Bank. Surely they believe as well that the very concept of an ethnic nation “chosen” by God is phony and unjust. For all who do believe this, the very existence of Israel is a sort of fraud or a racket. And the only solution is dissolving the Jewish state—not by driving Israelis into the sea, necessarily, but by eradicating its official Jewish character.

Complicating matters, there are plenty of demonstrably pro-Jewish people who also believe that Israel should not be, as Netanyahu has said, “the nation state of one people only—the Jewish people—and of no other people,” albeit one that grants “full equal rights, individual rights, to all its citizens.” Among them is Tzipi Livni, Israel’s Justice Minister.

Nevertheless, the Netanyahu vision of Israel’s national identity—one which fuses religion, politics, and ethnicity into a single, unitary idea—is inherently, deeply repellant to many secular democratic minds. That, and not the IDF’s tactics in Gaza, is at the root of bona fide Israel hatred.

Barack Obama may not buy the notion of God’s chosen people. Nevertheless, his comfort level with Israel, and its right to defend itself, is high enough that charges of anti-Semitism against him are destined to fall flat.

That is in large part because Obama’s attitude toward Israel’s problems, and the world’s, is really just a particularly snobbish version of the generic American position on Old World religious and political dilemmas.

When we see these conflicts around the world, we often sympathize with the afflicted, and we like to help them when we count them among our friends and allies. What we do not like to do is feel as if we are being ensnared in complex fights revolving around age-old hatreds, regardless of how forceful our military presence is in the world.

Barack Obama’s fundamental disconnect from Israel and the world chimes too closely with America’s traditional wariness of foreign dramas to come across as truly anti-Semitic in substance. Yet, in style, his insufferably priggish attitude is so at odds with ours that he has made himself a target for ideological scorn, and it’s no surprise Obama retreats ever deeper into his cosmopolitan bubble.