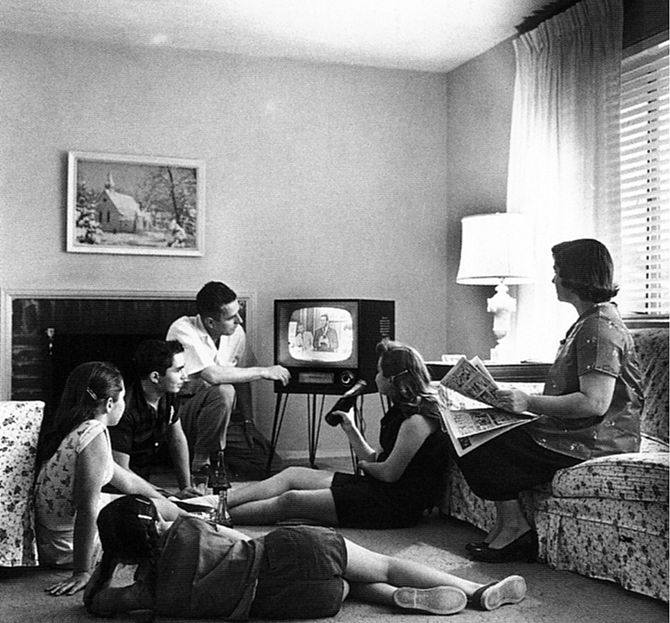 When you see a Bieber-haired youth bemoaning the fact that getting “kicks” out of life now requires “synthetic means,” you could be forgiven for thinking you’re witnessing a Bushwick hipster kvetching about the ubiquity of social media and the FOMO phenomenon. In fact, you’re watching a British 14 year-old filmed in 1970 as part of the famous Up Series documentary collection.

Briefly, the Up series profiled a socioeconomically diverse group of British seven year-olds in 1964 and has been checking in on their lives every seven years since. The most recent installment, 56 Up, was released in 2012 and all installments are currently available on Netflix. The broad goal of the series was to show how career and life outcomes were related to economic and class backgrounds. Interviewers probe the participants about aspirations, relationships, money and social issues and ask them to revisit the answers they gave in previous interviews to see if their thinking has changed as they’ve aged.

One of the biggest surprises in watching the series is realizing that what documentary participants are saying as teens and twentysomethings could easily be coming out of the mouths of today’s teens and twentysomethings. Fashion and hairstyles aside, here is filmed evidence that Baby Boomers once shared the same values that their Millennial offspring currently espouse, including the same apathy and cynicism.

For example, 21 year-old John shakes his head over the lack of integrity in business, while Tony deplores a rat race mentality that means you have to metaphorically kill the person in front of you to get ahead. Charles refers to a conveyer belt between posh private schools and Oxbridge and feels luckier for having jumped off it. At 21, chain-smoking Suzy claims she’s profoundly disenchanted with the idea of marriage and says children aren’t even on her radar, as Bruce discusses how casual sex is both overrated and not as prevalent as the media portrays it to be (imagine that!). At 28, Peter admits he more or less fell into teaching because he was adrift after college.

Whether wealthy or working class, all of the young interviewees express worry about being trapped in jobs that aren’t fulfilling. For those who didn’t go on to university, they fret about what will happen when the monotonous nature of their work becomes unbearable. For those who did pursue higher ed, the main concern is about making some sort of measurable difference via their career pursuits. Physicist Nick goes as far as leaving the UK for the US because the research opportunities in his field are greater here, as is the respect accorded his work. Compare this with Millennials, the vast majority of whom also believe that making a difference in the world matters as much if not more than salary.

Just like Millennials, these future Boomers are also unwilling to accept class immobility. When asked about the wealth of opportunities available to them based on being born into privilege, college-age John, Andrew and Charles are not willing to concede that they have a greater array of options, simply that they’re more aware of the options they do have. When working class Jackie, Lynn and Sue are asked if they envy the wealthier documentary participants, they bristle, claiming that they have just as much opportunity to achieve as these peers, along with the added benefit of not having burdensome expectations.

Their children would say the same thing.

The majority of Millennials across classes believe that they currently earn or will earn in the future enough money to live the kind of life to which they aspire. Unfortunately, research says their optimism might be misplaced. Millennials are on track to earn less than their parents and work more years before retirement. As for Boomers, the positivity evinced in the Up Series has faded over the years, with only 47% of American parents believing that their offspring will enjoy a higher standard of living then their own current lifestyle.

As for the media sturm und drang over the so-called Boomerang Generation, even the idea of using the family home as a soft place to land isn’t a uniquely Millennial one. After dropping out of university, 21 year-old Neil was bouncing between low-paying casual jobs. He spoke candidly about the fact that his insulated middle class upbringing didn’t equip him with the skills to be able to tackle life’s more challenging aspects, but, he claimed, if things ever get really bad, at least he’s got Mom and Dad to fall back on. “I’m glad they’re there. Because if I ever become homeless again, I can always go back and live with them,” he offers with a wry smile.

The more some things change, the more they stay the same.