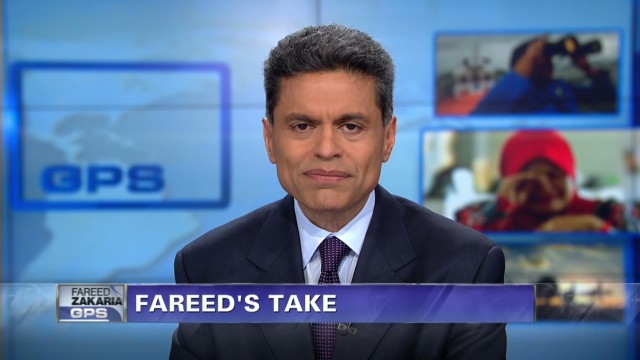 For those of you tired of the coverage of Malaysian Airlines Flight 370, I want you to try an experiment.

When you’re with a group of friends – whose eyes might roll over when you even bring up the issue – ask them what they think happened to the plane. Very quickly you will find yourselves in the midst of a lively discussion – with many, different, competing theories, each plausible, each with holes.

There are YouTube clips suggesting that aliens are involved, blog posts accusing the Iranians of hijacking the plane, and many who believe that the passengers and crew are still alive, perhaps on an island somewhere – like in the television show “Lost”.

I was thinking about some of these theories the other day as I was looking at a new book by Harvard law professor and former Obama official, Cass Sunstein. It’s titled, Conspiracy Theories – and Other Dangerous Ideas. The lead essay in the book explains why conspiracy theories spread – and Flight 370 is a perfect example of his logic. Sunstein treats conspiracy theories seriously, by which I mean he doesn’t assume that people are crazy to believe them.

In fact, he argues that so many people in so many countries believe such theories that we need to understand why and how.

A key condition that helps fuel conspiracy theories is a lack of information. When information is scarce, conspiracies abound. And we don’t actually know a lot of things about what happened to that plane.

Now, the trend is heightened where there is distrust of politics, politicians, and people in authority. One can see that in somewhat opaque political systems like Malaysia and China. But one can also see that in the United States, a country famously distrustful of its government.

Sunstein points out that when a triggering event produces intense feelings and emotions, people – in a state of fear or rage – find it easier to believe in far-fetched ideas. An assassination like that of John F. Kennedy, a terrorist attack like 9/11, or an airline crash all tend to produce high emotions and a search for something or someone on which to put the blame.

Group-think also takes over. When the people who are affected or interested tend to gather, talk to one and other, and communicate in isolation, their convictions tend to get hardened. So, if everyone you talk to – and listen to and watch – believes that President Obama is hiding his birth certificate, you get even more sure about this secret plot over time.

But the most important, overriding reason, suggests Sunstein, is that we human beings don’t like to believe that things happen for arbitrary reasons. We search for a pattern and, if we see one, no matter how implausible, we prefer that to the idea of randomness.

Sunstein points out that the philosopher Karl Popper said that human beings like to believe in intention – that an event is caused by specific human intention and action.  So we exaggerate the competence of people or governments or big banks because someone must have directed things.

Now, sometimes there are conspiracies.

But my own sense of the world is that things often happen because of mistakes, bad information and unintended consequences. Or as Hanlon’s Law puts it: never attribute to malice what can be better explained by incompetence.

Perhaps the biggest driver of events is something truly mysterious – chance. Things go well or badly because of luck – sometimes good luck, sometimes bad luck – much more than we would like to admit. And the combination of chance, ignorance, and incompetence often produces something that looks like a mystery and feels like a conspiracy.