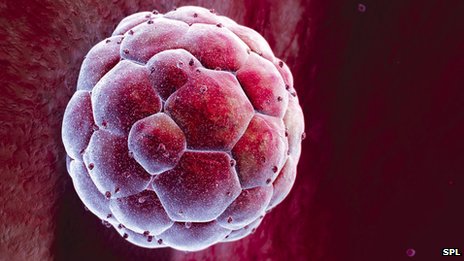 An embryo at the blastocyst stage

Human cloning has been used to produce early embryos, marking a “significant step” for medicine, say US scientists.

The cloned embryos were used as a source of stem cells, which can make new heart muscle, bone, brain tissue or any other type of cell in the body.

The study, published in the journal Cell, used methods like those that produced Dolly the sheep in the UK.

However, researchers say other sources of stem cells may be easier, cheaper and less controversial.

Opponents say it is unethical to experiment on human embryos and have called for a ban.

Stem cells are one of the great hopes for medicine. Being able to create new tissue might be able to heal the damage caused by a heart attack or repair a severed spinal cord.

However, these donated cells do not match the patient so they would be rejected by the body. Cloning bypasses this problem.

The technique used – somatic cell nuclear transfer – has been well-known since Dolly the sheep became the first mammal to be cloned, in 1996.

Skin cells were taken from an adult and the genetic information was placed inside a donor egg which had been stripped of its own DNA. Electricity was used to encourage the egg to develop into an embryo.

However, researchers have struggled to reproduce the feat in people. The egg does start dividing, but never goes past the 6-12 cell stage.

A South Korean scientist, Hwang Woo-suk, did claim to have created stem cells from cloned human embryos, but was found to have faked the evidence.

Now a team at the Oregon Health and Science University have developed the embryo to the blastocyst stage – around 150 cells – which is enough to provide a source of embryonic stem cells. 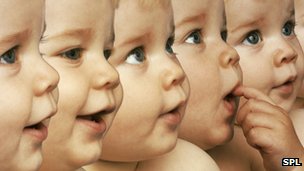 Could scientists fully clone a person? It’s an interesting question that emerges from this research.

These researchers have certainly developed a cloned embryo further than anyone else.

But producing a five-day-old embryo is a world away from a woman giving birth to the first human clone.

The embryo would need to be implanted as per IVF, but primate research shows that things often go wrong before the clone is born.

It would also be illegal in some countries, such as the UK, which differentiate between “therapeutic” and “reproductive” cloning.

“While there is much work to be done in developing safe and effective stem cell treatments, we believe this is a significant step forward in developing the cells that could be used in regenerative medicine.”

Chris Mason, a professor of regenerative medicine at University College London, said this looked like “the real deal”.

“They’ve done the same as the Wright brothers really. They’ve looked around at where are all the best bits of how to do this from different groups all over the place and basically amalgamated it.

“The Wright brothers took off and this has actually managed to make embryonic stem cells.”

Embryonic stem cell research has repeatedly raised ethical concerns and human eggs are a scarce resource. This has led researchers to an alternative route to stem cells.

The technique takes the same sample of skin cells but converts them using proteins to “induced pluripotent” stem cells.

However, there are still questions about the quality of stem cells produced using this method compared with embryonic stem cells.

Prof Mason said the field was leaning towards induced pluripotent stem cells: “It has got a lot of momentum behind it, a lot of funding and a lot of powerful people now.”

Dr Lyle Armstrong, at Newcastle University, said that the study “without doubt” marked an advance for the field. 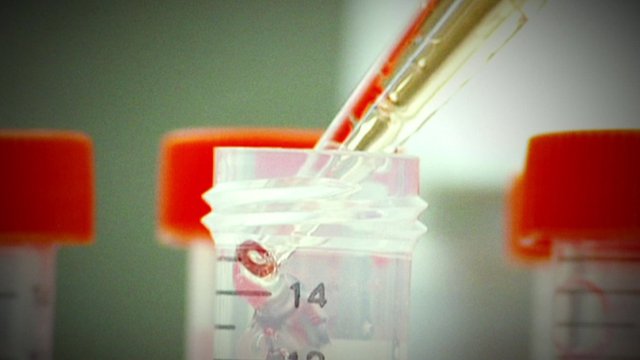 Dr Lyle Armstrong, Newcastle University: “They can become any of the cells or tissues”

But he warned: “Ultimately, the costs of somatic cell nuclear transfer-based methods for making stem cells could be prohibitive.”

Opponents of the new technique argue that all embryos, whether created in the lab or not, have the potential to go on to become a fully-fledged human, and as such it is morally wrong to experiment on them.

They strongly advocate the use of stem cells from adult tissue.

Dr David King, from the campaign group Human Genetics Alert, warned that: “Scientists have finally delivered the baby that would-be human cloners have been waiting for: a method for reliably creating cloned human embryos.

“This makes it imperative that we create an international legal ban on human cloning before any more research like this takes place. It is irresponsible in the extreme to have published this research.”

However advocates of the new technique say that the embryos created from this technique could never become viable human beings.