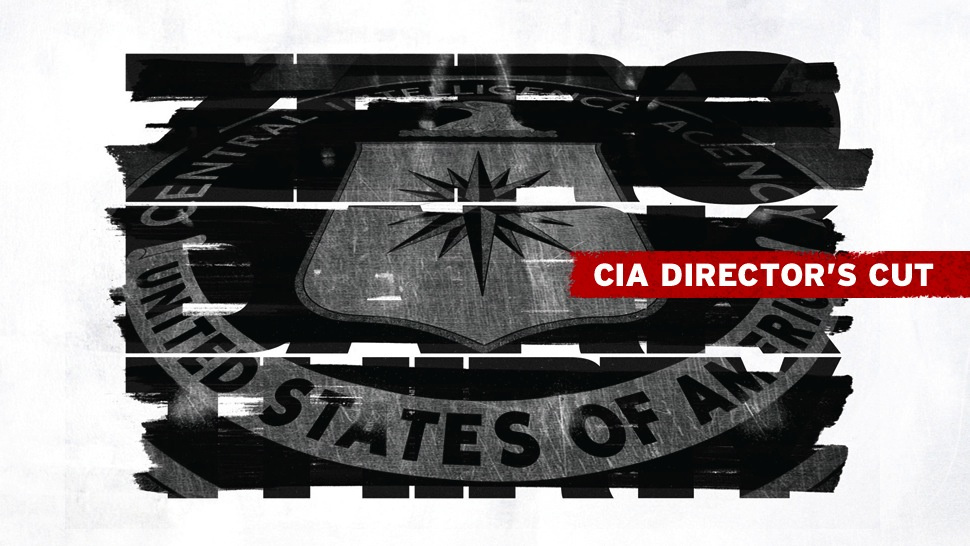 Kathryn Bigelow’s Osama bin Laden revenge-porn flick Zero Dark Thirty was the biggest publicity coup for the CIA this century outside of the actual killing of Osama bin Laden. But the extent to which the CIA shaped the film has remained unclear. Now, a memo obtained by Gawker shows that the CIA actively, and apparently successfully, pressured Mark Boal to remove scenes that made them look bad from the Zero Dark Thirty script.

The CIA’s whitewashing effort is revealed in a cache of documents newly released under a Freedom of Information Act request about the CIA’s cooperation with Bigelow and Boal. The documents include a 2012 memo—initially classified “SECRET”—summarizing five conference calls between Boal and the CIA’s Office of Public Affairs in late 2011. “The purpose for these discussions was for OPA officers to help promote an appropriate portrayal of the Agency and the Bin Ladin operation,” according to the memo. (Hundreds of pages of CIA documents about the film were released last year; the memo obtained by Gawker was approved for release late last month.)

During these calls, Boal “verbally shared the screenplay” for Zero Dark Thirty in order to get the CIA’s feedback, and the CIA’s public affairs department verbally asked Boal to take out parts that they objected to. According to the memo, he did.

Here are the key changes:

The much-discussed opening scene of Zero Dark Thirty features the main character Maya, played by Jessica Chastain, observing a detainee at a CIA black site as he is water-boarded and shoved into a tiny box during an interrogation. It appears that an early version had Maya participating in the torture. But during their conference calls, the CIA told Boal that this was not true to life. The memo reads: “For this scene we emphasized that substantive debriefers [i.e. Maya] did not administer [Enhanced Interrogation Techniques] because in this scene he had a non-interrogator, substantive debriefer assisting in a dosing technique.”

According to the memo, “Boal said he would fix this.” Indeed, in the final film Maya doesn’t touch the prisoner during this scene. The decision to have Maya abstain from the torture was as significant artistically as it was factually. Her ambivalence was a key part of her character, and critics picked over every detail of the torture scenes, including Maya’s status as an observer rather than a participant, for meaning in the debate over torture that the movie sparked.

Wired‘s Spencer Ackerman, for example, interpreted Maya’s complex relationship to on-screen torture as a sign of a complex inner life: “Maya is… a cipher: she is shown coming close to puking when observing the torture. But she also doesn’t object to it.” Of course, the scene reads a bit differently if the choice was dictated by a CIA propaganda officer.

The CIA also took issue with an interrogation scene that featured a dog intimidating a detainee. Boal took it out: “We raised an objection that such tactics would not be used by the Agency,” the memo reads. “Boal confirmed in January that the use of dogs was taken out of the screenplay.”

The CIA might not have done it, but threatening detainees with dogs was a well-known feature of the War on Terror, even allowed in certain circumstances by U.S. Army interrogation manuals. The technique was pioneered in Guantanamo Bay and cruelly elaborated upon at Abu Ghraib. Some of the most disturbing photos from the Abu Ghraib scandal featured military dogs menacing naked prisoners.

The CIA also successfully pressed for a change outside of interrogation scenes. One scene in the early script featured a wild party in Islamabad, and the CIA asked Boal to take it out. He did.

“One scene early in the film that was objected to was a rooftop party in Islamabad where an officer, after drinking fires a celebratory burst of AK-47 gunfire into the air. We insisted mixing drinking and firearms is a major violation and actions like this do not happen in real life. We requested this be taken out of the film. Boal confirmed he took this out of the film.”

To be fair, drunken firearms abuse was more a Blackwater thing.

Another minor issue was the fact that Maya analyzed videos of detainee interviews in order to track down Osama bin Laden’s courier. The CIA told Boal that they didn’t videotape interviews and use them in analysis. (This is itself a lie of course—the CIA did record 92 tapes, totaling hundreds of hours, of the interrogation and torture of Abu Zubaydah and Abd al-Rahim al-Nashiri. It subsequently destroyed them.) But Boal explained “visually this is the only way to show research in an interesting cinematic way,” according to the memo. The CIA “did not request Boal take this scene out of the movie,” and it remained.

The document reveals the extent to which CIA access was a quid pro quo arrangement, in which Boal made substantive changes to his script to appease them. “As an agency, we’ve been pretty forward-leaning with Boal,” wrote a CIA flack to her peers in documents released earlier this year. “He’s agreed to share scripts and details about the movie with us so we’re absolutely comfortable with what he will be showing.”

Reached for via email, Mark Boal wouldn’t comment on the record. But a person with knowledge of the Zero Dark Thirty production process confirmed that specific changes had been made to the script after suggestions from the CIA, including Maya’s lack of participation in the torture scene. But this person said these changes were only due to security or accuracy concerns, and the CIA had no input on creative decisions.