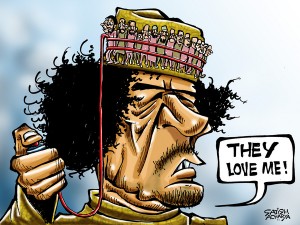 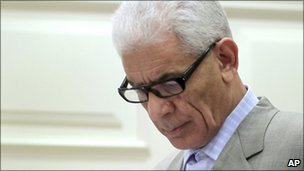 The most high-profile minister to flee Libya, Moussa Koussa, has left the UK for Qatar, the Foreign Office has said.

The former foreign minister had been staying at an undisclosed location in the UK after travelling from Tunisia.

An FCO spokesman said it was understood he would meet the Qatari government and a range of other Libyan representatives in the capital city Doha.

A spokesman said Moussa Koussa was “a free individual, who can travel to and from the UK as he wishes”.

It is believed the former Gaddafi aide is on his way to the Qatari capital ahead of Wednesday’s meeting of an international contact group on Libya’s future.

Mr Koussa, who fled to the UK on 30 March, is a former head of Libyan intelligence and has been accused of being involved in the 1988 Lockerbie bombing.

He has been interviewed by Scottish police investigating the attack which killed 270 people.

Scotland’s First Minister Alex Salmond said Mr Koussa was not under Scottish jurisdiction and therefore they had no power over his movements.

A French jet destroys a Libyan plane which had breached the UN no-fly zone – the first incident of its kind since enforcement of the zone began.

The French air force has been flying round-the-clock sorties over Libya since Saturday, but this is the first time its crews have encountered at close hand any of Col Gaddafi’s aircraft.

In truth, the threat was limited. The Galeb is an antiquated aircraft first flown in the 1960s with a single jet engine. It is often used as a trainer – though unchallenged, it can of course be a significant danger to civilians and ground forces.

It is not known whether the plane had been involved in any attacks over Misrata.

The French have been targeting air bases in the past 24 hours. Overnight, four fighter jets hit an air base 155 miles (250km) from the coast.

The French have not disclosed the exact location, nor have they disclosed the damage inflicted on that base. But it is thought to be west of Benghazi, where the French aircraft have focused most of their efforts.

The Libyan military plane, a Soko G-2 Galeb, was flying over Misrata prior to being shot down by the French jets, a U.S. defense official told Fox News on Thursday. (Fox News)

A Soko G-2 Galeb, seen here, is a two-seat, single-engine ground-attack and reconnaissance aircraft developed in Yugoslavia. Production ceased in 1985.

Breaking,,,Reuters news agency reports a Libyan official as saying a ship is en route to Libya carrying fuel supplies, but could be stopped or bombed by coalition forces. 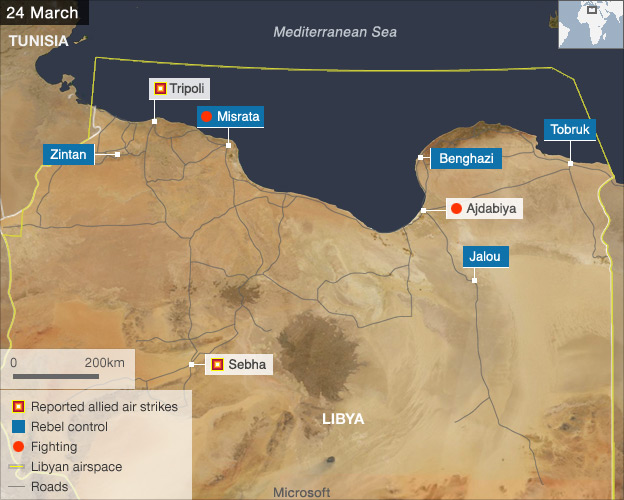