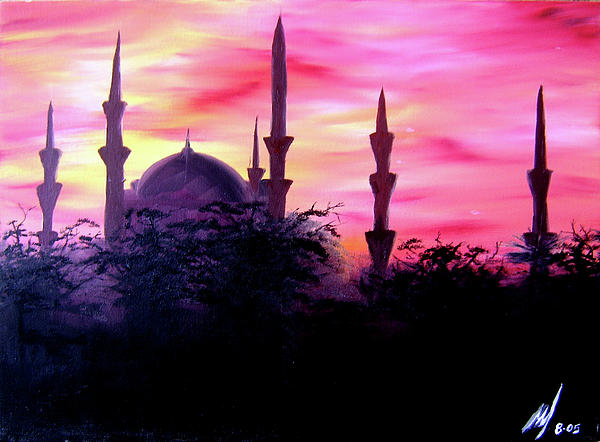 Iraqis are not naïve. Grim experience of their country’s rulers over the past 50 years leads many to suspect them of being self-serving, greedy, brutal, and incompetent. Ten years ago, some had hoped Iraqis might escape living in a permanent state of emergency as the US and Britain prepared to overthrow Saddam Hussein. Others were wary of Iraqis returning from abroad who promised to build a new nation.

A few months before the invasion, an Iraqi civil servant secretly interviewed in Baghdad made a gloomy forecast. “The exiled Iraqis are the exact replica of those who currently govern us… with the sole difference that the latter are already satiated since they have been robbing us for the past 30 years,” he said. “Those who accompany the US troops will be ravenous.”

Many of the Iraqis who came back to Iraq after the US-led invasion were people of high principle who had sacrificed much as opponents of Saddam Hussein. But fast forward 10 years and the prediction of the unnamed civil servant about the rapacity of Iraq’s new governors turns out to have been all too true. As one former minister puts it, “the Iraqi government is an institutionalized kleptomania”.

It is a view shared by Iraqis in the frontline of business in Baghdad. Property prices in the capital are high and there are plenty of buyers. I asked Abduk-Karim Ali, a real-estate broker, who was paying so much for houses. He replied with a laugh that there were investors from Kurdistan and Bahrain, but most purchasers he dealt with are “the thieves of 2003 who have the money”. “Who are they?” I asked. “I mean the officials in the government,” said Mr Ali. “They buy the best properties for themselves.”

“The corruption is unbelievable,” says Ghassan al-Atiyyah, a political scientist and activist. “You can’t get a job in the army or the government unless you pay; you can’t even get out of prison unless you pay. Maybe a judge sets you free but you must pay for the paperwork, otherwise you stay there. Even if you are free you may be captured by some officer who paid $10,000 to $50,000 for his job and needs to get the money back.” In an Iraqi version of Catch-22 everything is for sale. One former prison detainee says he had to pay his guards $100 for a single shower. Racketeering is the norm: one entrepreneur built his house on top of a buried oil pipeline, drilled into it and siphoned off quantities of fuel.

Corruption complicates and poisons the daily life of Iraqis, especially those who cannot afford to pay. But the frequent demand for bribes does not in itself cripple the state or the economy. The highly autonomous Kurdistan Regional Government is deemed extremely corrupt, but its economy is booming and its economic management is praised as a model for the country. More damaging for Iraq is the wholesale theft of public funds. Despite tens of billions of dollars being spent, there is a continuing shortage of electricity and other necessities. Few Iraqis regret the fall of Saddam, but many recall that, after the devastating US air strikes on the infrastructure in 1991, power stations were patched up quickly using only Iraqi resources.

There is more to Iraqi corruption than the stealing of oil revenues by a criminalised caste of politicians, parties and officials. Critics of Nouri al-Maliki, Prime Minister since 2006, say his method of political control is to allocate contracts to supporters, wavering friends or opponents whom he wants to win over. But that is not the end of the matter. Beneficiaries of this largesse “are threatened with investigation and exposure if they step out of line”, says one Iraqi observer. Even those who have not been awarded contracts know that they are vulnerable to being targeted by anti-corruption bodies. “Maliki uses files on his enemies like J Edgar Hoover,” the observer says. The system cannot be reformed by the government because it would be striking at the very mechanism by which it rules. State institutions for combating corruption have been systematically defanged, marginalized or intimidated. Five years ago, a senior US embassy official testified before Congress that Mr Maliki had issued “secret orders” preventing cases being referred to the courts by the Integrity Commission (an independent government commission tasked with tackling and preventing corruption) “if the cases involve former or current high-ranking Iraqi government officials, including the PM… The secret order is, literally, a license to steal.”

Nothing much has changed since then. Blatant scams continue and receive official protection. In 2011 Rahin al-Ugaili, the head of the Integrity Commission, unmasked “shell companies” abroad used by senior officials to award contracts to themselves. Full payment was made to the companies even if the contracts were never fully implemented. A report by the International Crisis Group, a not-for-profit organization established to prevent and resolve conflict says that “when the [Integrity] Commission sought to engage the courts to prosecute it found the government blocked all avenues, pressuring Ugaili to resign in protest”. His duly did on 9 September 2011, the same day that Hadi al-Mahdi, a prominent journalistic critic of the government and leader of street protests, was assassinated in his home. A few hours before he was shot he had written on his Facebook page that he was “living in a state of terror” and had been threatened by government reprisals.

Not all Iraqi officials are corrupt. But all are vulnerable to anti-corruption charges. This has a crippling impact. A US businessman explained that he was dealing with a ministry in which he thought only 10 per cent of officials took bribes. “But the other 90 per cent know they might be targeted for investigation and therefore the safest course for them is to take their salaries and do nothing. The ministry is effectively paralyzed.”

There are other reasons why director generals in ministries do nothing. Kassim, a senior engineer in the Electricity Ministry, says “director generals get their jobs through political connections. They control the big projects, but they have no experience to plan for the future so they do nothing to avoid being fired.” He is derisive about official promises to end the electricity shortage, saying this will not happen for 20 or 30 years “because they are putting too much of the emphasis on electricity production and not enough on transmission and distribution”.

The new elite benefiting from the system lead a mysterious existence, hidden behind the ramparts of the Green Zone or sweeping through the streets of Baghdad in armored convoys. Most of the money embezzled is believed to go abroad while the rest is kept in the bank or discreetly invested in property. In Erbil in Kurdistan, businessmen say the housing market is partly sustained by money laundering by investors from Baghdad. “They turn up here with suitcases filled with millions of dinars,” one said.

There is plenty of money in Baghdad but little conspicuous consumption. Violence is down but fear of kidnapping is real and nobody wants draw attention to themselves by appearing wealthy. Mr Ali, the real-estate broker, says: “I drive a poor car so people don’t know I have money.” Rich Iraqis lived sealed off behind walls and bodyguards.

When I visited the bird market in Shorja, central Baghdad, a shopkeeper asked if I would like to buy a tiger or lion cub and showed me a picture of them gamboling at his farm outside the city. I asked who was buying them and he said “mostly tribal leaders – there is quite a fashion for them at the moment.”

Why is the corruption in Iraq so bad? The simple answer that Iraqis give is that “UN sanctions destroyed Iraqi society in the 1990s and the Americans destroyed the Iraqi state after 2003”. Patronage based on party, family or community determines who gets a job. There are many winners as well as losers and all depends on Iraqi oil exports going up and prices staying high. “I only once saw panic in the cabinet,” says an ex-minister, “and that was when there was a sharp drop in the price of oil.”

PATRICK COCKBURN is the author of “Muqtada: Muqtada Al-Sadr, the Shia Revival, and the Struggle for Iraq.

One Response to “Iraqi government is Institutionalized Kleptomania”