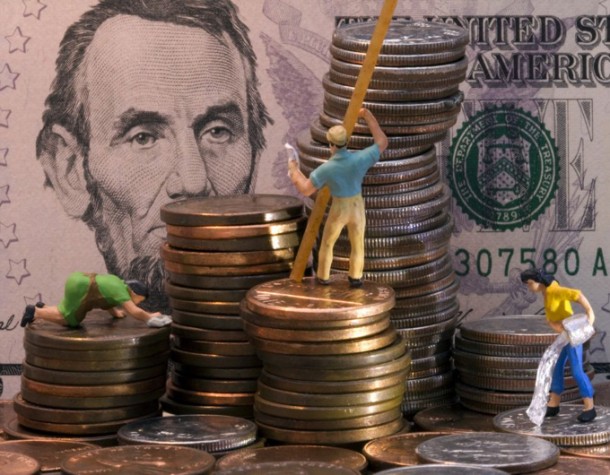 My neighborhood dealer was a low-class guy. We went to the same public school, but he was few years younger than me.

He was never very bright nor did he excel in anything; he spent his afternoons standing outside his house or at the street corner, without bothering anyone, and with no one bothering him. I would even venture to say that he was a peaceful guy but with a low profile, almost a ghost. That is why his dream job was to become a drug dealer. I doubt he had a very extensive knowledge about criminal culture, or even aspired to be a “capo” (mafia or drug cartel kingpin), but his drug business kept growing.

One day, out of nowhere, he bought a scooter, then a motorcycle, and then an old Mustang. One day he had the brilliant idea of opening a laundry shop to justify his new economic status. He reproduced Chicago mob accountant Meyer Landsky’s money laundering scheme.

The principal of money laundering is simple: justifying and/or covering the origin of resources obtained through an illicit activity. The easiest way is to open businesses that work with high operating cash flows but are not very profitable. For instance, a four-star hotel in a working-class neighborhood or a restaurant far away from commercial districts. The owner will always report full capacity and high profits even though the business will regularly be empty. This basic scheme has gotten more sophisticated over time in order to avoid detection.

Today, money laundering is like running a multinational explains Ricardo Sahagún, business director for Latin America at Pitney Bowes Software. This involves people, organizations and institutions in different countries to get the job done. For instance, in Australia, Pitney Bowes worked with the government to uncover a massive scam, using a small grocery store called Little Persia to launder millions of drug money and transfer it to remittance services in Iran.

In his book Los Delitos Económicos en la Actividad Financiera (Economic Crimes in Financial Activity), Antonio Hernández Quintero describes the three phases in the money laundering process. The first phase involves physically placing the money in the financial system through a bank, brokerage, or savings account. The second step is erasing all trails. This is done by transferring the money to other banks, usually those found in tax havens. Finally, the money is reintegrated in the market where it initially came out, generally through the buying and selling of real estate and fake businesses, which will create legal profits.

One example is the case of HSBC bank, where $290 million of Mexican drug cartel money was laundered in four years, using travelers cheques – in a plot so complicated that it could have been written by the Wachowski brothers. About 30 Russian people and companies were implicated in the operation, whose capital came from Russian banks or accounts in the British Virgin Islands; Also implicated were SK Trading, a Korean trading company, Hokuriku Bank, a Japanese bank and HBUS, an American HSBC subsidiary.

The travelers cheques were bought by Russians and used to purchase used cars from the Korean trading company, who deposited them in the Japanese bank, who in turn opened accounts with HBUS. The cheques, which were submitted in large blocks of $500 or $1,000 cheques, were signed and countersigned by a person with an illegible signature. HBUS cleared these bulk travelers cheques for Hokuriku Bank, sometimes clearing up to $500,000 a day, without raising an eyebrow. But then again, the millions in commissions probably helped.

Have you ever tried to cash a cheque? Then you know how complicated it is. Depending on the country, you will asked be to provide ID, a telephone number and/or an address. Usually, the teller who is handling the cheque checks carefully to make sure that the signatures match. When this process is done abroad, things get even more complicated. How then, did hundreds of travelers cheques pass by daily for years without anyone noticing? The answer is obvious: a number of actors in the chain were accomplices by action or omission. The investigation ran by U.S. authorities found emails and evidence that HBUS had detailed records of these irregularities, but did nothing about them.

Money laundering is considered a white-collar crime, and often a victimless crime. But what makes it a dangerous crime are the preceding acts: human trafficking, kidnapping, killings, pimping, theft and scams, terrorism, arms trafficking and bribery, among others.

According to the International Monetary Fund (IMF), the total amount of funds laundered in the world varies between 2% and 5% of the global GDP, because resources from illicit origin can be easily and immediately transferred from one jurisdiction to another. In Mexico, the Ministry of Treasury and Finance (SHCP), calculates around $1 trillion every year are laundered in the country.

Experts claim that no state, company or system can ever be 100% immune to money laundering. “Every time someone creates a fool-proof system, a new type of fool is invented,” says Ricardo Sahagún.

My neighborhood dealer not only had a cheap laundry shop, but he started creating jobs, some in his legal business and some in the illegal one. He began to buy himself and his mom better clothes, fixed his old Mustang and traveled often.

One day, my neighborhood dealer closed down his laundry shop, fixed his mom’s house and disappeared without leaving any trace; it is possible that he had gone up on the criminal ladder or that he had just been “disappeared” or killed.