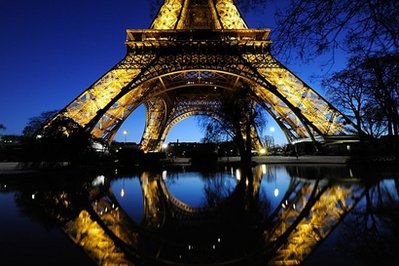 French’s Prime Minister Francois Fillon,  leaves after the cabinet Meeting at the Elysee Palace in Paris, Wednesday, Feb. 9, 2011. French President Nicolas Sarkozy has urged government ministers to vacation in France, after his own prime minister came under fire for taking a family holiday paid for by Egypt’s government. Another French minister, Foreign Minister Michele Alliot-Marie, has acknowledged vacationing in Tunisia during popular protests there in December that toppled the country’s long-standing dictator.
President Nicolas Sarkozy is awkwardly trying to stamp out a controversy over his ministers taking sun-and-sea holidays paid for by the Egyptian government and a Tunisian businessman. Some top French politicians have made a habit of planning vacations around the largesse of foreign governments or influential tycoons. But the long-standing practice has come under scrutiny following revelations the prime minister’s family Christmas holiday was funded by Egypt’s government, and the foreign minister vacationed in Tunisia, hitching a ride on a businessman’s jet to avoid violent anti-government protests there.

Sarkozy told ministers at a Cabinet meeting Wednesday to “prioritize France” when picking holiday destinations. But in a political faux pas of his own, Sarkozy said any invitations by foreign governments must be approved by the prime minister – the same man who vacationed on Egypt’s dime.

“It’s only by being irreproachable that highly placed decision makers will be able to shore up citizens’ confidence in the institutions of the state,” Sarkozy said in a statement. “That which was common several years ago can be seen as shocking today.”

Alliot-Marie acknowledged accepting a ride in a private plane owned by a Tunisian businessman during the 2010 year-end holiday. She insisted the man was a personal friend who was victimized by Tunisia’s fallen regime, not a supporter.

Still, critics used the ill-timed trip as evidence of Alliot-Marie’s cozy relations with Ben Ali and suggested that was why she was slow to speak out in support of anti-government protesters. Alliot-Marie also came under fire for offering French police know-how to Tunisian security forces while the number of demonstrators killed by Tunisian police mounted.

The opposition called on her to resign, but she has resisted.

Fillon stood by Alliot-Marie, but soon found himself in the same tight spot, as Le Canard Enchaine ran a cover story about his own holiday getaway to Egypt. Fillon acknowledged late Tuesday that the Egyptian government gave his family free lodging, a plane flight and Nile boat trip during their Dec. 26-Jan. 2 vacation in Egypt.

Sarkozy himself came under fire after his election in 2007 for taking a post-campaign getaway on a yacht belonging to French magnate Vincent Bollore.

New questions emerged Wednesday about Sarkozy’s own year-end holiday in Morocco and a recent weekend in New York. Government spokesman Francois Baroin, when asked who footed the bill for those trips, refused to provide any details about Sarkozy’s holidays.

“I’m sure the prime minister’s judgment hasn’t been compromised but by accepting the invitation, it puts him in a position where people can legitimately complain that it has,” Marschall told The Associated Press. “In established democracies, such behavior is unacceptable and goes against all basic transparency standards.”

Elsewhere in Europe, it would be almost inconceivable for politicians to accept foreign government junkets.

In Scandinavia, Germany and Austria, private family vacations are the norm for most politicians. British, Spanish and Hungarian politicians have taken summer holidays at home in the past few years, partly in response to the financial crisis.

In contrast, Russian Prime Minister Vladimir Putin and his flamboyant Italian counterpart, Silvio Berlusconi often vacation together at Berlusconi’s villa in Sardinia or at Putin’s official residence on the Black Sea.