The new wave of Arab supermodels 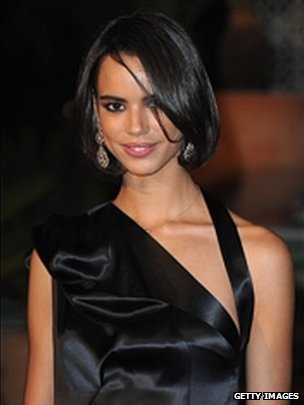 Arab supermodels are making a name for themselves in the fashion industry, and are changing the way Arab women are perceived by the rest of the world.

Hind Sahli is from Morocco, has been modelling for a couple of years and has worked with names such as Marc Jacobs, Kenzo and Vera Wang.

She puts her success down to a couple of things. “In fashion, they like to have new. Anything new is good.”

But the diversity and culture of the Arab world is also appealing to those in the fashion industry.

“Designers and photographers – they like that we’re not all the same and also we have such a big culture, it’s so different from others – we can get inspired from so many things.”

Coming from a conservative culture, the reaction to her modelling as a career choice has been mixed.

“Mostly, I have had positive reactions. Most people think it’s good to have a Moroccan model. I have also had some young girls sending messages by Facebook asking me how I did it and how I started. I have had just a few bad reactions from people, but I don’t mind – I’m happy what I’m doing.”

But it is not just Hind Sahli making a name for herself – other models have also broken through, such as Hanaa ben Abdesslem from Tunisia, who has landed the holy grail of modelling – a contract with a cosmetic company, Lancome.

Shaista Gohir, a director of Muslim Women’s Network UK and campaigner for women’s rights believes that in the West, there is a generic stereotype of Arab Muslim women and that these models will help to change that.

“It’s definitely revolutionary and a bold career choice, particularly because in that part of the world they are quite traditional. 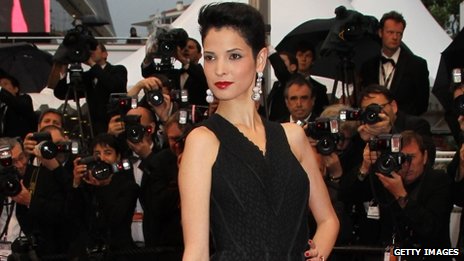 Model Hanaa ben Abdesslem grew up in Tunisia, where modelling was not considered to be a profession

“You always need that first person to actually break the boundary, break the stereotypes that will inspire other girls,” she says.

“I think the stereotypes do come from the media that show Muslim women as veiled and voiceless – and you only have to look at the 100 most powerful Arab women list that comes out every year, just to see quite a different image of women from that part of the world.”

Many of the models are from a Muslim background, says Hind Sahli, who describes herself as a practicing Muslim. She says her distant family members may have a problem with it, but her parents have encouraged her.

“My mum – she chooses to wear the Hijab, it’s her choice. My father, my mum and everyone are practicing the Muslim religion, praying and everything.”

There is a burgeoning youth market in the Arab world – one that designers and brands want to tap into.

One way of doing that is using Arab models because consumers want to buy a product marketed by someone who looks similar to them.

Lauretta Roberts is a director at Fashion forecasters WGSN and believes the use of Arab models marks a groundbreaking moment for the fashion industry.

”The models are being portrayed in a more mainstream and everyday manner. It doesn’t necessarily look as revolutionary as perhaps it is, because there’s no big deal being made of the culture that they come from.

“They’re portrayed in exactly the same way as any model from Eastern Europe or America might be and I think that’s incredibly positive. There were a number of models who broke the mould in the 1970s – for instance somebody like Iman – but they were almost portrayed in a slightly exotic way.”

According to Ms Roberts, another reason for the rise of the Arab model is down to money, because the growth markets are in the Middle East and Asia.

”Designers and brands have to go where the money is – and at the moment quite a lot of the money is in the Arab states. You only have to look at the couture market, which is right at the very high end of fashion. That market used to appeal to rich Americans.

“Nowadays, if you look at those shows, it’s all about appealing to the Arab consumer because those are the ones who can afford it right now.”

At the same time as the rise of the Arab model, there has been the Arab Spring and things are beginning to change slowly for Arab women in the Middle East. Hind Sahli feels proud to part of the change in her own small way.

”The fact that I left, I’m working and I’m doing well, will give other young girls the courage to do it.”