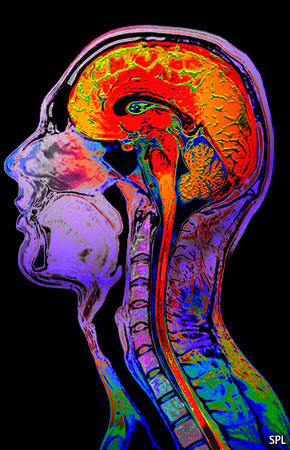 Future Science: Essays from the Cutting Edge. Edited by Max Brockman. Vintage; 272 pages; $15.95. To be published in Britain in October by Oxford University Press; £9.99. Buy from Amazon.com, Amazon.co.uk

BACK when the scientific method was a radical new idea, and when science was the preserve of wealthy (or well-sponsored) gentleman amateurs, it was just about possible for a single person to know everything about it. Years of study, and then a lifetime spent keeping abreast of new developments, allowed one to be fluent in physics, biology, chemistry, astronomy and the rest of the disciplines that made up the sum of humanity’s empirical knowledge.

But those days are long gone. Modern scientific papers can have dozens of specialised authors, and reaching the cutting edge in some fields can require apprenticeships of a decade or more. New fields of inquiry spring up like weeds, watered by papers that fall like rain: one group of researchers reckon that 1.3m articles were published in scientific journals in 2006 alone. The best that can be hoped for is to keep abreast of the big developments in a few important fields.

That is the aim of “Future Science”, a collection of essays written by practising scientists who aim to give the interested amateur a sense of what is new and exciting in their respective areas. The essay format allows the reader to hear directly from the researchers, most of whom are young, and therefore probably at the peak of their scientific creativity, without the interpretations layered on by science journalists or other middlemen. This allows a fascinating peek into debates about whether life may be more common on frozen planets than earthlike ones, how mining the web for information can let us probe social trends, the evolutionary origins of altruism and more.

Max Brockman has managed to resist the temptation to over-edit the submissions, even if the result is that the essays are of uneven quality. A few of the contributors seem to be born writers, but a couple seem happier to stick with the jargon and densely packed prose that plagues most papers in scientific journals.

Given the vastness of modern science, such a book can only ever hope to be a potted guide to what is going on. But significant holes are still noticeable. One of the most arresting is the almost total absence of the physical sciences—there is only one physics essay, a piece of gee-whiz cosmology of the sort beloved by popular-science publishers, being an explanation of the “bubble universe” hypothesis, which holds that there are many, possibly an infinite quantity of universes out there besides our own. Genetics and pure biology get similarly short shrift.

Instead, the essays are dominated by investigations into a single species—Homo sapiens. There is plenty of evolutionary psychology, which attempts to explain the quirks of human behaviour by theorising about the evolutionary forces that shaped our brains, a dash of MRI imaging, a popular technique that allows researchers to watch in real time which areas of the brain are consuming the most energy—and, presumably, therefore doing the most thinking—as well as plenty of experiments in psychology labs; all of which provides a fascinating and very readable summary of the latest thinking on human behaviour. “Future Science” is fascinating. But a bigger book, with a more catholic selection of topics, would have been better still.