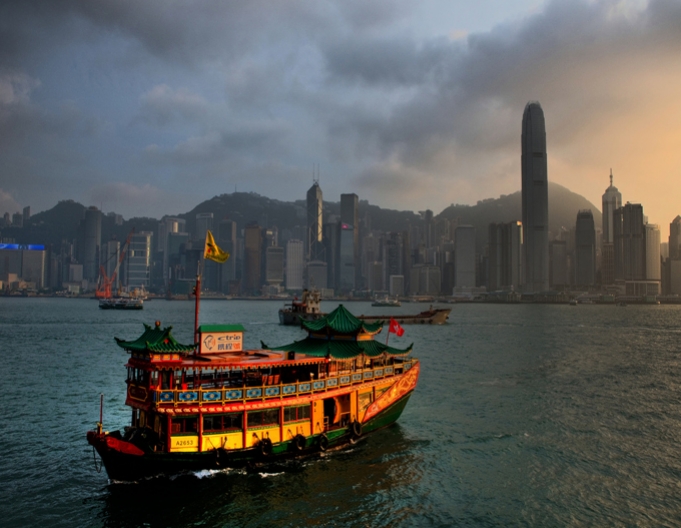 On July 1st Hong Kong celebrated the 15th anniversary of its return to Chinese rule. What is familiar in this celebration in comparison with the last one five years ago is the stately discourse from China’s central government as well as the words of gratitude from Hong Kong officials. What is different are the much more vigorous sounds of civic discord coming from both the Hong Kong public and prominent scholars.

A famous spat between the locals and the mainlanders over eating food on the metro turned into name-calling by both parties. A Chinese professor labeled the islanders “poodles of the British,” to which the Hongkongese retaliated by posting ads calling the mainlanders “locusts,” citing the tens of thousands of pregnant mainland women who’ve dropped in to give birth on the island.

These clashes have soured the two peoples’ view of each other. Coupled with this popular resentment is the view shared by numerous intellectuals in Hong Kong that the island should be careful to guard its city-state autonomy rather than succumb to the interests of the mainland.

What has caused such changes? The pessimists believe that the differences between the two different groups of people, formed by different political systems and laws, can sometimes be even bigger than that existing between two different ethnic groups. Thus, Hong Kong will stay forever Hong Kong, China will be always China, and the two are never going to be integrated.

There are also those who hold the arrogant view that this mutual antipathy exists because Hong Kong used to be so much more advanced than mainland China. Now facing the rise of China and its own economic stagnation, Hong Kong’s confidence has been shattered and resentment has made its people unbalanced. After all, before the opening up of China, the Hongkongese used to aid mainland refugees who ventured across the border to arrive in Hong Kong, whereas today the Chinese with their money are buying up its most expensive real estate and shops.

Nevertheless, in the process of integrating the two parties, the friction is not necessarily a bad thing, and may be a normal byproduct of the deepening fusion. The year 1997 is but a ceremonial point in time. Just like a couple, the real joining together continues long after the wedding.

Looking back over the last 15 years, the exchanges of people, goods and capital between the mainland and Hong Kong are all making them gradually more entwined. Since the start of the Individual Visit Scheme in 2003 whereby the Chinese traveler can visit Hong Kong and Macau on an individual basis, Hong Kong receives nearly 30 million mainland visitors a year. Chinese youngsters go to the colleges there; young mainland parents buy their baby milk there; and yes, pregnant women flock to give birth in Hong Kong’s hospitals.

Hong Kong is also the offshore currency trading center of the ambitious Chinese Yuan, while businessmen from the island continue to find opportunities northwards on the mainland.

History is forever evolving and forming a different environment. Both the mainland and Hong Kong are in a new historical context and they both need to transform.

The generation in the prime of their life today in Hong Kong is mostly composed of those who grew up during the period when China was closed. To them, the mainland was a strange, isolated adjacent area that they shut out of their consciousness so as not to disturb their prosperity and stability.

However, the favorable factors of the 1970s and 1980s that created the golden age of Hong Kong weren’t going to stay around forever. Meanwhile, China has developed to such a degree that the geographic advantage of Hong Kong is reduced. Hong Kong no longer monopolizes the interests of the Pearl River delta hinterland. Beyond all the rhetoric and public spats, mutual integration is indeed the growing tendency on both sides.

At the same time, no one can deny that Hong Kong has been hit hard: by external factors, changes in the population structure and the long-term partial eclipse of its industry, along with structural unemployment and underemployment. The lower rungs of the social ladder complain that the gap between the rich and the poor is widening. Young people do not see any future. Hong Kong has to adjust its own imbalance.

To the mainlanders, Hong Kong was a myth. Now they are writing their own myth with the realities of their economic rise –and feeding their self-confidence in this process.

People talk about the various problems that Hong Kong is encountering. But are Chinese people really ignoring the glory that this city still possesses? Hong Kong is unique not only for its geographic advantages, but also a financial sector that is still clearly formidable.

In 2010, when Rusal, the world’s largest aluminum company, was listed on the Hong Kong exchange, its Moscow-based bosses described the city’s regulatory environment as “tough but fair.” Hong Kong’s financial sector took that as the utmost praise. They believe that the financial center is more than ever the core of its soft-power competitiveness –and the spirit of freedom, fairness, openness and integrity is still around.

This past month in Hong Kong, people were far more concerned about the horrendous scandal of the poor Chinese woman who was forced to undergo a late-term abortion than the successful launch of the Shenzhou 9 spacecraft that China cheered with fanfare.

Both the mainland and Hong Kong need to change, and they must find a way to talk to each other as these changes occur.