Thanks to particularities of the Chinese language, China’s largest Internet service provider has launched a mobile app with a name — Weixin — that means “little message,” but also can mean something else. Its geo-location feature helps strangers meet up anywhere. 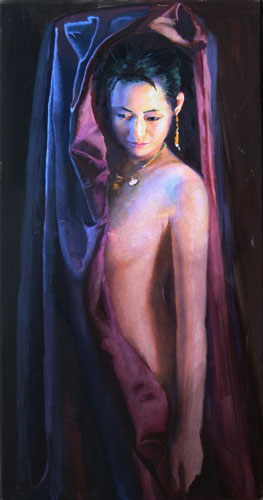 So who exactly is going to get excited about yet another mobile phone messaging service application? Tencent, China’s largest Internet service portal, already has some 700 million users on its QQ service. So who needs yet another social tool for photo sharing or voice messaging, right? Not exactly. With weixin, which literally means “tiny message,” you are heading for a linguistic gray area — and potentially unexplored erogenous zones.

This new mobile software has been a runaway success since its launch last autumn. Chinese is a language with many words that sound similar, “weixin” also sounds like “for sex” and the main function of this instant message software appears to be just that – to meet up with a partner… for sex.

There is no shame attached to this popular new app. Shame would require a moral context — and since most of the users are well-educated city-dwelling hipsters who expect to do what they please, go where they want, and surf online at any moment…moral stances are in relatively short supply.

This considerate tool offers a geo-localizing service so you can track and message any user within a one-kilometer radius, whether you know them or not. This provides the convenience of seeing a nearby person’s photo, in relative privacy. It spares you the embarrassment of rejection when asking for his or her phone number.

Many seem to find it particularly convenient to engineer an encounter with a total stranger around Beijing’s fashion landmarks or high-end offices and hotels.

In general, it’s mostly men taking the initiative. They are on the hunt for “yue pao” which translates as “appointment bang.” If you happen to match the contemporary Chinese preference for being tall, smart or rich, your chances for success are sure to rise. An along the lines of say, Jude Law, would be excellent. If you are not so lucky in the looks department, then the logo of your Mercedes-Benz or BMW, or an address at the Ritz Carton will do the trick just the same. You’re sure to get the girl out for a romantic meal at least. As to further developments, good luck!

For Weixin, a Tencent QQ account is the only log-in option. But with a lion’s share of China’s registered users already signed up with QQ, that means Weixin is an option for more than 711 million active accounts. Or put another way: just about every single Chinese user of the Internet is registered with it. This tells you just how vast the erogenous zone you are stepping into really is.