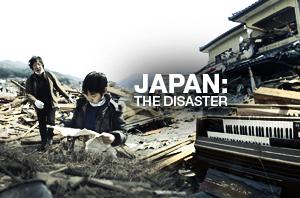 Radioactive materials spewed into the air by Japan’s earthquake-crippled nuclear plant may contaminate food and water resources, with children and unborn babies most at risk of possibly developing cancer.

Experts said any exposure to radioactive materials has the potential to cause various kinds of cancers, with higher levels of radiation seen as more dangerous.

But they said they needed more accurate measurements for the level of radioactivity in Japan, and the region, to give a proper risk assessment.

“The explosions could expose the population to longer-term radiation, which can raise the risk of cancer. These are thyroid cancer, bone cancer and leukemia. Children and foetuses are especially vulnerable,” said Lam Ching-wan, chemical pathologist at the University of Hong Kong.

Radioactive material is carried by minute moisture droplets in the air. It can then be directly inhaled into the lungs, get washed down by rain into the sea and onto soil, and eventually contaminate crops, marine life and drinking water.

Lee Tin-lap, toxicologist and associate professor at the Chinese University of Hong Kong’s School of Medical Sciences, said waters around Japan must be measured for radioactivity.

“No one is measuring the levels of radiation in the sea,” Lee told Reuters.

“Steam that is released into the air will eventually get back into the water and sea life will be affected … once there is rain, drinking water will also be contaminated.”

The World Health Organisation said on Tuesday Japan was taking the correct measures to protect its population from radioactivity, including evacuations and stocking up on potassium iodide, an antidote to radiation.

Radiation is dangerous because it can cause changes or mutations in DNA, which may then go on to cause cancer. While the human body can repair DNA changes or damage, a person is only safe if the repair process happens faster than the time it takes for the damaged or mutated DNA material to replicate.

Most experts agree that growing children and foetuses are most at risk because their cells divide at a faster rate than adults.

They also consume more cow milk than adults, putting them at further risk, said a Japanese scientist who treated victims of the atom bomb explosion in Hiroshima.

“Cows are like vacuum cleaners, picking up radioactive iodine that lands over a wide area of pasture, and then those particles very easily are concentrated and pass into the milk,” said the expert, who declined to be identified.

“This was what happened in Chernobyl, and unfortunately, information about the risk had not been supplied to parents.” 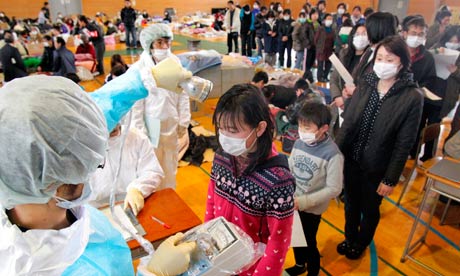