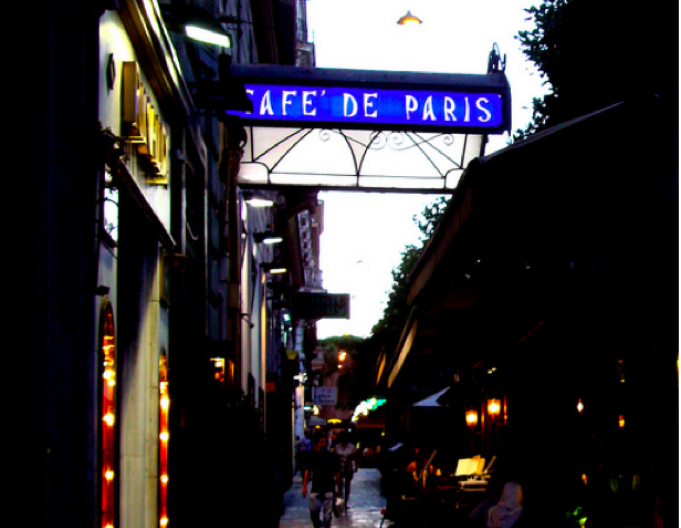 On a December morning, a group of young workers gathered along the via Veneto. The street that was the pulsating center of Federico Fellini’s “La Dolce Vita” was slowly waking up: hotels and offices opened their doors, people stopped by for breakfast. The group of workers entered Cafè de Paris, the capital’s most famous cafè. They had only two hours to get ready before opening to tourists and customers.

The director of the cafè, Marcello Scofano, was managing the frenetic activity. For several years now he has been in charge of this old symbol of Rome’s “bella vita.” The Court of Justice in the southern Calabrian city of Reggio Calabria seized the cafè in 2009 related to charges that it had connections with the organized crime network ‘Ndrangheta. The state officially took charge of managing the cafe last July

“Commercial activity has continued. We have 30 employees here. Their families rely on us,” Scofano said.

On this early winter morning, Cafè de Paris was beginning a new life thanks to a recently launched cooperation with the anti-mafia association Libera, which puts to community use land and property seized from the criminal organizations. “We’ll buy their products to sell and to use in our dishes,” said Scofano.

Scofano was planning to launch a “legality menu” consisting of dishes prepared only with food from Libera’s lands. The association produces “pasta from Campania,” “Sicilian wine,” and “Calabrese oil,” which are produced in lands confiscated from the mafia.

These dishes will be served in the former bar of the Dolce Vita. In more recent years, the locale morphed from a jet set hot spot to a mobsters’ meeting point. “We went through tough times, ” Scofano said. “Of course, because we rely a lot on foreign costumers, the negative reputation abroad had a negative impact on our revenues.”

Scofano was referring to the criminal investigation which led to the seizure of the cafè by Italian judicial authorities, after allegation that it had become a common meeting point of the Alvaro family of Ndrangheta. Currently, the cafè is under judicial administration.

Does something of the past Dolce Vita still exist? “A lot has changed since I came here almost 30 years ago,” said Scofano. “But something still exists, especially for people who are not from Rome and come here to visit this stunning city.” Being the manager of the most famous cafè of Rome is “rewarding, but tough,” he said. “Now I work for a company which is the (Italian) State. We feel that we have to set an example.”

Cafè de Paris is still an important meeting point for businessmen, diplomats and politicians. The beginning of a new life for this historic place is “not just symbolic, but an important event,” said Scofano. “We are back to being legitimate, giving job opportunities to young people…This is the social face of the anti-mafia struggle that is hard at work around the country.”