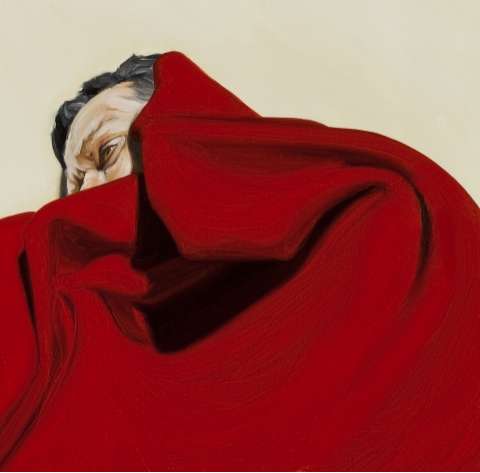 NO PONZI scheme in the history of the world has ever lasted 75 years. Ponzi schemes depend on garnering an ever-increasing pool of new investors to pay out returns to prior investors. When the potential pool of new investors runs dry, they collapse. This will occur when the scheme runs up against the natural limits of its recruitment strategy; in the ultimate case, it can’t keep going past the point where the entire population is already subscribed.

This should provide us with a hint as to why, as Kevin Drum writes (rebutting Shikha Dalmia), Social Security is not a Ponzi scheme. The entire population of working Americans has already been subscribed to Social Security for decades, yet the system continues to pay out benefits on time. That is because the actuarial calculations underlying its revenues and benefits are sound. Rick Perry may consider Social Security “a monstrous lie”, but my parents and one surviving grandparent keep getting checks in the mail, year after year. Social Security does face a shortfall in the coming decades, because of the population bulge of retiring baby boomers. Those costs are limited and, measured as a percentage of GDP, will flatten out. They can be absorbed through a modest, gradual increase in Social Security taxes and modest reductions in benefits for wealthier recipients. As my colleague notes, this is what a graph of Social Security’s finances looks like:

This, meanwhile, is what a graph of a Ponzi scheme’s finances looks like:

The difference is clear.

If you wanted to call Social Security an investment, you would say it is a play on the proposition that America’s GDP will continue to grow over the long term. This is the safest play one can imagine making, which is why the returns are so modest. Like any investment, it could go bad. But if it goes bad, if the economy of the United States ceases to grow over the long term, it is inconceivable that any other investment large enough to feed a pension plan covering the entire working population could do better.

My colleague’s partial defence of Rick Perry’s attacks on Social Security construes them not as a call to scrap the system, but as a warning about its long-term problems. “Mr Perry is targeting Social Security because the current system taxes workers under an explicit commitment to provide described benefits that, as it stands, it cannot meet,” she writes. If Mr Perry were in fact calling for limited changes to ensure Social Security can meet promised benefits past 2036, that would be fine. I disagree that this is what he’s doing. You don’t call something a “monstrous lie” when you want to tinker with it. What Mr Perry is doing is part of a consistent decades-long habit across much of the conservative right of attacking the foundations of Social Security. Up until about 2007, the goal of such attacks was clear: conservatives wanted to replace it with a Chilean-style defined-contribution plan that would be invested in securities. Within its own assumptions, that programme did at least make sense; but since the financial crisis, and with average returns from Wall Street now sharply negative over an entire decade, both the logic and the political support for any such programme have evaporated. If Mr Perry is no longer arguing for the dubious concept of turning Social Security over to the states, then it’s not clear what he proposes as an alternative to the current system. The Washington Post’s Jennifer Rubin, generally a reliable voice for mainstream Republican views, has had no luck getting Mr Perry to clarify what he thinks, and warns that he “can’t afford to offer half-baked ideas and allow his past, troublesome statements to float around.”

Perhaps opposition to Social Security has become a runaway train, a rhetorical and intellectual commitment too strong to give up even after it has lost its connection to an actual policy programme. But the effect of continued inaccurate attacks on the foundations of Social Security is to deepen most people’s confusion about the actual soundness of the concept, and to reinforce young people’s scepticism that they will ever benefit from it. I’ve been hearing such scepticism from my own cohort for almost 20 years now. It doesn’t make any sense. If my generation does in fact fail to receive our Social Security checks, it will only be because we inexplicably decided to vote ourselves out of them.

My grandmother cast her first presidential vote for FDR, in 1936. He had passed the Social Security Act one year earlier. She began receiving Social Security checks in the year Jimmy Carter was elected president. She turns 100 in December, and the checks are still coming in. She has since been joined on the rolls by her two daughters. There is every reason to believe that their children, who have been paying taxes into the Social Security system for decades now, will also enjoy its benefits when they retire. Unless, of course, conservative politicians succeed in convincing working Americans that the whole thing is a “monstrous lie”.