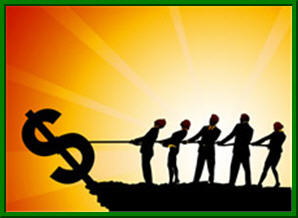 One decade after the 9/11 attacks, Americans continue to pay for damages. The costs of the wars in Iraq and Afghanistan, hidden costs of intelligence wars reportedly underway in Pakistan and elsewhere, and the price of increased security within American borders have now far exceeded early predictions and continue to grow as global counter terrorism operations drag on.

Immediately following the attacks in 2001, President George W. Bush launched what was then called the “War on Terror”— an operation originally described as a quick and decisive removal of al-Qaeda from Afghanistan and, by extension, the threat of terrorism against the United States and its allies. The price of this war was initially projected at $60 billion.

As the U.S. invasion of Afghanistan got underway, costs began mounting and quickly exceeded the initially estimated time frame and price. American forces remain in Afghanistan ten years after initial deployment, and the Obama administration has been behind schedule in following through on its promise to withdraw troops from the country.

Adding to U.S. expenses was the 2003 war in Iraq that was intended to remove former Iraqi President Saddam Hussein and stabilize the region.

The total cost of both post-9/11 wars for the United States is estimated between $3-5 trillion.

In addition to wartime expenditures, returning troops are expecting benefits and support from the government. More than half of all returning soldiers are eligible for disability benefits or treatment, and more than 600,000 have been or are being treated in veterans’ facilities. Veterans in the post-9/11 decade have suffered from an increase in suicides and family breakups, suggesting a high social cost of the conflict.

The direct toll in human lives has been high as well. Some accounts estimate around 137,000 Iraqi civilians died in the conflict, and there are an estimated 1.8 million refugees in Iraq alone in addition to the 1.7 million who have been internally displaced.

In a recent article by economist Joseph Stiglitz, America’s current financial woes, including persistently high unemployment rates and a ballooning national budget deficit, are directly caused by post-9/11 conflicts. “Increased defence spending,” they write, “together with the Bush tax cuts, is a key reason why America went from a fiscal surplus of 2 per cent of GDP when Bush was elected to its parlous deficit and debt position today.”

Linda Bilmes  discusses the hidden costs of the 9/11 attacks.

One Response to “One decade after the 9/11 attacks, Americans continue to pay for damages”