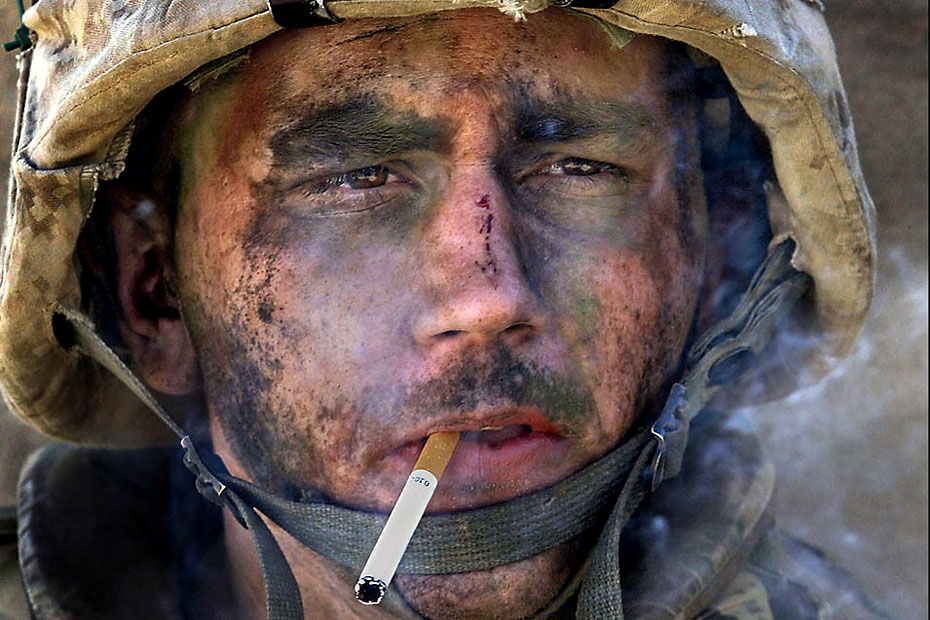 In the last chapter of “All Quiet on the Western Front,” Paul Baumer, a young German soldier, sits alone in a garden trying to recover from a poison gas attack and the deep emotional scars and psychological wounds of war. At the age of 21, he is already a veteran of three years of intense combat. Most of his friends are gone, their lives shattered by bullets, shrapnel, artillery explosions, and poison gas. Even though the year is 1918 and armistice is close at hand, Baumer cannot imagine peace, nor can he envision a time of when humanity will cease its insanity of killing.

He wonders how he can return to civilian life, since he feels empty and used up, even dead and inhuman inside. He believes: “Had we returned home in 1916, out of the suffering and the strength of our experience we might have unleashed a storm. Now if we go back we will be weary, broken, burnt out, rootless, and without hope. We will not be able to find our way any more.” Baumer never lives to experience peace, nor does he ever see his family again and experiences civilian life, for he is killed in the last month of the war.

Clay Hunt, a 28-year-old former Marine Corporal who earned a Purple Heart in Afghanistan, just committed suicide. Upon returning home to the United States, he became a well-known and public spokesperson, reminding veterans they were not alone in dealing with unemployment and suicidal depression. Several days ago, Clay Hunt barricaded himself in his Houston apartment and then shot himself. It was mindful of how Baumer and many others never lived to experience peace, nor survived the fatalism and disillusionment and trenches of World War One.

Those who did survive World War One captured the bitterness of the conflict and anguish of survivor’s guilt, as All Quiet on the Western Front portrays. They also encapsulated “a generation of men who, even though they may have escaped its shells, were destroyed by the war” and what followed. The “war to end all wars” and to make the world safe for democracy (at least for America and Americans) was immediately engulfed by economic depressions, labor strikes and unrest, wars of nationalistic expansion, and extreme ideas and movements that took root in nihilism.

Although Nihilism had existed in the late 19th century-which consisted of the position that there are no standards and that knowledge is impossible or at least worthless, and that actions and thoughts and the meaning of life are all baseless and empty-it influenced European philosophers after World War One. Some thought to much stress had been placed on such ideas like reason, ethical progress, and democracy. Like Friedrich Nietzsche, they believed strength, power and ancient heroic values of pride were superior to the more logical and ethical side of human nature.

And like Nietzsche, many believed “God was dead.” The Nihilists new approach to civilization would begin with the “will to power,” a kind of master morality that imposes temporary order on a world in flux. This ideal figure would be like Ubermensch-literally “overman,” but often translated as “superman.” Assertiveness, instincts, passions, courage, and willpower, believed Nietzsche and the nihilists, could enable men to rise above and control their circumstances. Supermen would rule the world and control the “common herd.”

One does not have to look far, or work very hard too remember, that these concepts and ideas guided the presidency of George W. Bush. Titles of his book strongly reflect a “overman:” A Charge to Keep, We Will Prevail, and Decision Points. On numerous occasions, he claimed the most important thing was to “stay the course” and not to allow the wars in Afghanistan and Iraq to “shake the will” of the American people. Just one example is when he said in 2006, “We’re not going to lose in Iraq and Afghanistan. As a matter of fact, we will win in Iraq so long as we stay the course.”

As supermen, the Bush Administration also believed it had received a clear mandate to rule after the questionable 2004 elections. In fact, they often claimed they had won and earned political capital, and that they would spend it on enacting their conservative agenda. It was an agenda that mirrored the concept of “supermen” and a “super-empire.” In the words of one aide, “We’re an empire now, and when we act, we create our own reality. And while you’re studying that reality…we’ll act again, creating other new realities… We’re history’s actors…and all of you, will be left to study what we do.”

When people follow those who espouse a kind of master morality, when individuals enable rulers to exert their will and strength and power and to extol heroic values of misguided pride and nationalistic superiority, it is not God that is dead but humanity. And when meaning is found in momentary experiences of war and militarism, or in staying the course even when such actions sacrifices hundreds of thousands of lives, including one’s own people whom one is supposed to represent, then does not this type of ideology become more oppressive than the idea of a transcendent God?

Clay Hunt, like thousands of other veterans who did not fight a virtual-televised war or a war from a distant using technological superiority, committed suicide after experiencing the U.S.-led Afghanistan War. He reveals that there is no such thing as Ubermensch, or “superman.” And for the hundreds of thousands of other Iraqis and Afghanis that have been killed, “super-empires” that are dictated by “stay the course” presidents, ones who try to remake reality, are a danger and threat to the very existence of humanity and to the fragility of human nature.

These demagogues try to destroy God by being gods, or “supermen.” Nietzsche’s philosophy, that the world is the will to power-and nothing beside, and you are also this will to power-and nothing beside, is just another excuse to champion violence. It is a ruse to celebrate the so-called strong’s domination over the weak. It is how fascist dictators and presidential-celebrity “heroes” can seize power and then justify their own aggressive behavior, or stay the course. Supermen and super-empires cause individuals to kill others. They induce individuals to barricade their own humanity and then kill themselves.

And since God’s nonexistence can never be proven, perhaps life should never be thought of as a momentary existence, something that is futile or fatalistic. Neither should human beings think their lives are meaningless or as nothing. In other words, one can either continue to be crushed under the weight of “overmen” and their so-called master moralities of power, strength, and vanity, or one can take a risk (a leap of faith) in God and others. Can we even try to imagine peace and experience the Divine essence in a transcendent community by refusing to no longer kill manufactured enemies, or the Other?

In PBS’s thoughtful documentary, War Letters, Pvt. Walter T. Bromwich writes this to his pastor during World War One on June 4, 1918: “Here I sit thinking of the little church back home, wondering how you are getting along. Don’t think I am down-hearted, but ever since I volunteered I’ve felt like a cog in a huge wheel. The cog may get smashed up, but the machine goes on. And I can’t feel God is in it.”

He continues: “How can there be fairness in one man being maimed for life, suffering agonies, another killed instantaneously, while I get out of it safe? Does God really love us individually or does He love His purpose more? Is it better to believe he makes the innocent suffer for the guilty and that things will be squared up some day. Sounds rather calculating, doesn’t it, and not a bit like the love of a Father.”

Bromwich concludes by saying, “What I would like to believe is that God is in this war, not as a spectator, but backing up everything that is good in us. He won’t work miracles for us because that would be helping us to do the work He has given us to do on our own. I don’t know whether God goes forth with armies but I do know that He is in lots of our men or they would not do what they do.”

Instead of questioning the goodness of humanity and reason and God, it is time to question armies and wars and killing.