Professionals, retirees and students all queued outside cinemas in Causeway Bay, one of Hong Kong’s busiest shopping districts, hoping to score a ticket. The crowd also comprised many women, who were not shy about their interest in the film. 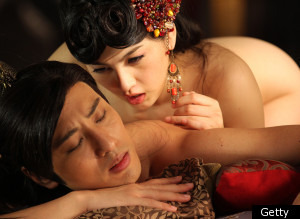 Executive producer Stephen Shiu Jr. told the Hollywood Reporter that a sequel to the film, which has been rejected by IMAX, is expected to begin production later this year.

Coming Soon To A Theater Near You