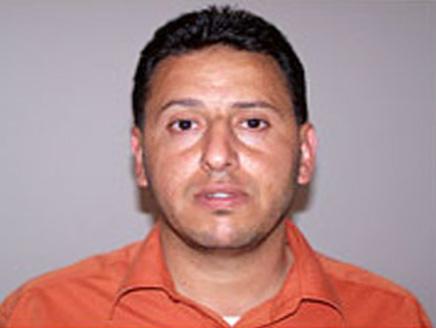 The intifada was inspired by the Libyan Tunisian and Egyptian revolutions, which toppled the puppet regimes in neighboring countries, they also have a hero, a lawyer Fathi, who formed his arrest Triple spark ignited popular movements.

After Muhammad Bouazizi, vendor mobile young university graduate who burnt himself as a result of tight social and political conditions in Tunisia, embodies the Triple Fathi (39 years), the protest movement on the Libyan leader Muammar Gaddafi.

This underlines the lawyer, “I want to bring to justice in a fair trial,” adds the young man during a meeting with reporters, surrounded by advisers older than him and he appeared nervous about the media attention his surprise: “I hope with all my heart that had been arrested, Gaddafi is alive, but if not possible …”.

And leave the total pending to indicate with his hand to cut his neck, suggesting the fate of the Gaddafi might face in the event of his arrest.

And return the turning point in the life of a lawyer to file the receipt of the suppression of a rebellion in Abu Salim prison near Tripoli in 1996, events led to the deaths of about 1200 detainees in accordance with human rights organizations, including one of his brothers and his cousin and the husband of his sister.

And tells the “insurgency prisoners to demand better conditions of detention and fair trial and the right to receive visits,” adding that “this repressive regime and the brutal massacre carried out against them in two or three hours and tried to conceal this crime.”

Since then, shall Fathi treble, which “was arrested seven times, including when he was a student,” the representation of a group of families of Benghazi, the second city of Libya in the east of the country, lost individuals during the suppression of the rebellion, the three wins in this context, an unequal battle with the Security Service until his arrest last.

He says: “On February 15 came 20 members of heavily armed security forces to go home and I am arrested,” adding “the news spread among the families of the victims decided to march to demand the release for me.”

Explains, “They took me to the official, Abdullah Sanusi personal security of Muammar Gaddafi, who was in Benghazi”.

He continues, “He was very nervous and asked me what is our goal.” I replied, “The Truth About Abu Salim and inflict justice.”

He said: “I realized that what he wants is to prevent the demonstration,” a few days after the overthrow of Egyptian President Hosni Mubarak, under pressure from the street, and before President Zine El Abidine Ben Ali.

He continues, Triple Fathi, who was released early sixteenth of February, “was offered to let me go out to speak with the demonstrators, but he told me they wanted to demonstrate that, in the expanded security forces to stop them and he did not want to make me a hero.”

He adds: “We met again that day and refused my suggestion to leave the event taking place.”

And refers to the insurgency, which began from Benghazi in February 17 “has spread to all parts of Libya” Since then, without expecting to himself a prominent role in any new regime in Libya.

It emphasizes “difficult to exercise the functions of high in this country, I do not think that I have the capacity nor the ambition for that.