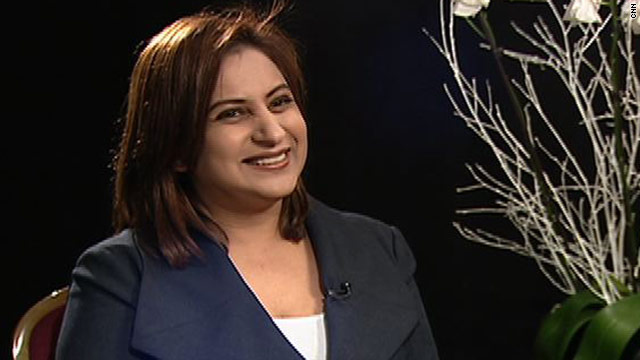 Marketplace Africa offers viewers a unique window into African business on and off the continent. This week Zain Verjee speaks to the head of African research for Standard Chartered Bank, about Africa’s growth prospects for 2011.

The economic outlook for several African countries is expected to improve this year, according to a leading analyst.

“In 2011 there is a chance that we will get that much closer to those pre-crisis trend growth rates,” said Razia Khan, head of African research for Standard Chartered Bank.

“We were looking at 6% to 7% growth rate in a number of frontier market economies — that is the key expectation,” she said.

Issuing a positive outlook, Khan, whose job is to investigate everything that contributes to Africa’s economic standing, said the continent has emerged from the grips of the global financial crisis much better than many had anticipated.

And while she acknowledged that factors such as political instability, food prices and inflation could hamper economic recovery, she noted: “Assuming all goes well, we are seeing good, sound growth prospects in a number of economies.”

Khan sat down with CNN’s Zain Verjee and gave her analysis of Africa’s prospects for the coming year.

CNN: How do you see the outlook for Africa in 2011? What are some of the key things you look for?

Africa has come out of the crisis a lot better than many had expected.
–Razia Khan, Standard Chartered Bank

Razia Khan: Generally it is positive — our belief at Standard Chartered is that trend growth in Africa will continue to recover. Of course, after the global economic crisis in 2009 we saw better rates of growth in 2010, but not yet back to trend.

In 2011 there is a chance that we will get that much closer to those pre-crisis trend growth rates. We were looking at 6% to 7% growth rate in a number of frontier market economies — that is the key expectation.

Of course there are risks to this scenario — there has been a lot of press about the rise in food prices; we are looking with a special concern in East Africa and potentially adverse weather conditions that may prove to be a setback to growth.

Of course, political risks have featured very strongly at the start of the year as well — but assuming all goes well, we are seeing good, sound growth prospects in a number of economies.

CNN: What are you basing that kind of optimism on?

RK: Part of it is that Africa’s growth momentum was doing pretty well even before the crisis. Yes, we saw an interruption with the global economic crisis, no question about that, but Africa has come out of the crisis a lot better than many had expected.

CNN: How have China and Asia helped in the recovery in Africa?

RK: We have seen very imbalanced growth in the wake of the crisis. We’ve continued to see a recovery in Asia, most Asian emerging markets not only making good in the losses associated with the crisis, but seeing real growth, real value addition beyond that.

That, of course, has been a key support for Africa, although Europe, mostly the core of the Euro area, remains the key trading partner for Africa. We’ve seen great trade gains with the rest of the world — especially developing Asia, especially China, and that has been a big source to African economies’ performance.

CNN: 2011 is a big year for elections in Africa — to what extent do you think politics is going to be a real key factor this year?

RK: Just in case anyone thought the environment was more benign for whatever reason, the events in Cote d’Ivoire have certainly acted as some sort of wake-up call.

Of course, we have the big events happening early on in the new year — the referendum in Southern Sudan, this is going to be watched very closely. Political risks haven’t gone away — we could see a reshaping of the East African landscape. It’s how the political players react to whatever emerges from that referendum that is going to be key to economic prospects.

CNN: For the average person who wants to invest in Africa, what kind of advice would you give them?

RK: There are still very good growth prospects in Africa. One of the successes, of course, is that we hadn’t seen negative growth across the region as a result of the crisis. Yes, a contraction in one or two economies — South Africa being more exposed to the global economy, a few of the mining economies — but in general, most African countries managed to sustain some kind of positive growth and those growth rates are picking up.