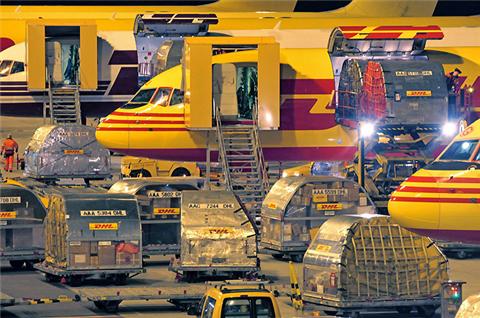 A number of countries have announced changed security procedures after the discovery of two parcel bombs in US-bound air cargo.

Britain has banned unaccompanied cargo freight to the UK from Yemen and Somalia, while Germany also said on Monday that it was extending its ban on cargo aircraft from Yemen to include passenger flights.

Meanwhile, the Netherlands and Canada also suspended all cargo flights from Yemen. France and the US have already banned air freight from Yemen in response to the plot.

Authorities in Yemen announced a crackdown on all cargo shipments on Monday, while security officials manned checkpoints in Sanaa, the capital, searching vehicles and checking payments.

Following his chairing of an emergency committee to decide Britain’s response to the scare, David Cameron, the prime minister, told parliament that the UK must take every possible measure to “cut out the terrorist cancer” that existed in the Arabian peninsula.

“The British government says there’s nothing to suggest there’s another plot coming down the pipeline, that a similar thing is about to be attempted,”

A leading al-Qaeda fighter in Yemen who surrendered to Saudi Arabia last month provided the tip that led to the thwarting of the mail bomb plot, according to Yemeni security officials, the Associated Press news agency reported on Monday.

The officials said Jabir al-Fayfi, a Saudi who had joined al-Qaeda in Yemen, had told Saudi officials about the plan.

The Yemeni officials spoke on condition of anonymity because they were not authorised to talk to the press.

Several tribal leaders with knowledge of the situation, who similarly spoke on condition of anonymity, confirmed al-Fayfi’s role, AP said.

The Saudi newspaper Al-Watan on Monday cited Saudi security officials saying that the kingdom gave US investigators the tracking numbers of the packages.

“One, that Saudi Arabia enjoys unlimited influence and leverage in Yemen. Number two, is it shows that Saudi managed to infiltrate Al-Qaeda in the Arabian Peninsula.

“To a certain degree, this is something that is unheard of in the history of al-Qaeda in general.

“Usually, when they plan an attack, it is only a small circle of al-Qaeda that is familiar with all the details of the operation.

“The Yemenis don’t seem to be happy with the revelations that Saudi was the key player in tipping off the Americans”.

In another development, US transport security investigators headed to Yemen in a bid to track down those behind the plot, as officials named a “key suspect”.

Ibrahim Hassan al-Asiri, who is believed to be working with AQAP and tops a Saudi Arabian wanted list, is the brother of a suicide bomber killed last year in a bid to assassinate Prince Mohammed bin Nayef, the Saudi counterterrorism chief.

“There are indications he may have had a role in past AQAP plots, including the attempted assassination of a Saudi official and last year’s failed Christmas Day attack,” a US official told the AFP news agency.

Yemeni security officials have also said that they are searching for al-Asiri, who is believed to be in Marib province.

Yemen freed on Sunday a woman suspected of mailing two parcel bombs destined for the US, saying she had been a victim of identity theft.

Hanan al-Samawi, a 22-year-old student, had been detained a day earlier after she was tracked down through a telephone number left with a cargo company.

But when the shipping agent was called in to identify her, he said she was not the right person. Al-Samawi is now on bail, along with her mother who was also detained.

Al-Qaeda’s Saudi and Yemeni branches merged in January 2009 to form Al-Qaeda in the Arabian Peninsula.

In the past year, the organisation has emerged as “one of the most dangerous branches of al-Qaeda,” according to a US assessment. 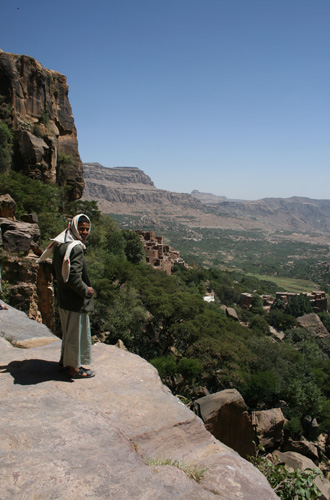 Poor, disgruntled Yemenis are recruited by groups like al-Qaeda