“There is a sucker born every minute” 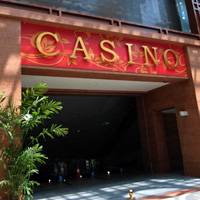 The pomp and circumstance of Hu Jintao’s state visit last week was a testament to just how integrated the Chinese and American economies have become. China, it seems, has an inexhaustible capacity for making stuff, and Americans, even now, have an inexhaustible capacity for buying it: sneakers, TVs, pet food, and, more recently, investments. American investors keen to cash in on the China boom have poured money not just into well-established giants like China Telecom and C.N.O.O.C. but also into more speculative “small-cap” companies, hundreds of which now trade on U.S. stock exchanges. The problem is that, while some of these firms are indeed thriving enterprises, more than a few seem to be specialists in a less savory business: ripping off investors.

Take, for instance, two of the hottest Chinese stocks of 2009: RINO International, a maker of “environmental-protection equipment,” and the jewelry maker Fuqi. At one point in 2009, these companies were Nos. 1 and 2 on the Investor’s Business Daily 100. But last March Fuqi announced that it had overstated earnings for the first three quarters of 2009 and would have to re-state its earnings. Ten months later, the company hasn’t filed a single new earnings statement, so no one knows how much it has made (or lost) in the past two years. The stock is down more than eighty per cent from its peak. As for RINO, last November a short seller issued a report that blasted its accounting as fraudulent and effectively suggested that the entire company was a house of cards. After initially saying nothing, RINO admitted in an S.E.C. filing that two of its manufacturing contracts didn’t actually exist, and that its financial statements couldn’t be relied on. When the company failed to disclose more information, it was delisted from Nasdaq. Its stock has fallen ninety per cent from its all-time high.

A lack of transparency and a disregard for accounting regulations are all too common among U.S.-listed Chinese firms, and the S.E.C. is reportedly conducting, belatedly, an investigation into such stocks. Companies have been known to report one set of revenue numbers to the S.E.C. and another to Chinese authorities (perhaps to minimize tax bills). A company’s suppliers or partners often turn out to be owned or controlled by the company’s own managers, a practice that lends itself to “tunneling”—using outside businesses to milk the corporation. Another problem is executives who treat their companies as personal A.T.M.s: RINO lent its C.E.O. and its chairwoman (a married couple) $3.5 million, and didn’t even ask for a signed loan document in exchange.

The U.S. has an entire regulatory apparatus designed to protect the interests of investors, but Chinese companies have been adept at exploiting its loopholes. Using a tactic known as a reverse merger, hundreds of Chinese companies have bought American shell companies, which have a stock-exchange listing but few actual assets. A quick name change, and, presto, the Chinese company is traded on Nasdaq or the Amex. This gives Chinese firms the credibility of being listed on a major exchange without any of the vetting from investors that companies get when they go public. And once you’re on an exchange it takes a lot to be kicked off. Even though Fuqi hasn’t filed financial statements for almost a year, a Nasdaq panel recently gave it until March to do so.

As for the audits of these companies, it’s hard to know what they’re worth. According to a report by the Public Company Accounting Oversight Board, some U.S. auditors outsource their work to unsupervised Chinese auditors, or sign off on audits without ever sending anyone to China. In many cases, “auditing” probably amounts to little more than rubber-stamping a company’s reported results. It’s often assumed that concern for reputation will make auditors sniff out fraud and chicanery. But, as the Enron scandal demonstrated, reputation often matters less than short-term gain, and it also cuts both ways: turning a blind eye to questionable numbers can be a good way to get new business. It’s no surprise that a number of the companies tarred by allegations of dubious accounting share the same auditors.

Given all these problems, you might think that small Chinese companies would be having a hard time raising money. But though bad publicity has made investors more skittish, the number of reverse mergers actually rose last year, by twenty-five per cent, and small-cap Chinese stocks are still collectively worth billions. The reason is simple enough: nowhere else seems to offer the hopes of getting rich quickly that China does. This is a familiar pattern, and, indeed, investors in small Chinese stocks today are very much like the foreigners who poured money into U.S. railroads in the nineteenth century. Then investors anxious to cash in on the railway boom proved to be easy targets for self-dealers and outright swindlers, and foreigners in particular struggled to get good information about what was happening to their investments. A British emissary to a U.S. company in the eighteen-nineties, describing his futile effort to glean information from the company’s directors, used terms that sound painfully familiar: “It has been most demoralizing.” Yet, because the railways offered—and sometimes delivered—the prospect of enormous wealth, the money kept flowing. Today, the same is true. China’s boom is real enough, and so it’s possible for investors in small Chinese stocks to believe that they’re heeding Deng Xiaoping’s famous admonition “To get rich is glorious.” Unfortunately, many of them are just proving the truth of another famous adage: “There’s a sucker born every minute.”