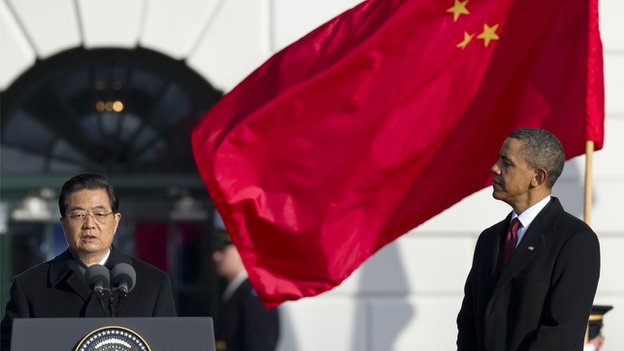 Eurozone leaders have brought their begging bowl to China, looking for help in boosting their bailout fund. So what does this say about the shift in the global balance of power?

In October 1911, China rose up in revolution. Four months later the last emperor had fallen and European moneymen were flocking to Beijing, eager to finance the bankrupt new republic.

In October 2011, another European moneyman headed for Beijing. But Klaus Regling, head of the European Financial Stability Facility, did not go there to lend to China. He was there to borrow, asking China to save Europe from economic disaster.

In just one century, China has gone from financial basketcase to the world’s banker, and Europe has made the same trip in the other direction. It is one of the biggest turnarounds in history. How did it happen? And, more to the point, what does it mean?

The turnaround is part of a much longer story.

The average Briton or American earns 10 times as much as the average Chinese. But China is catching up”

It begins around 1600, when China was the richest nation on earth and Europeans, anxious to trade with China, were building new kinds of ships. For millennia, the Atlantic Ocean had been a barrier cutting Europe off from the rest of the world, but Europe’s new ships effectively shrank the ocean, turning it into a commercial highway. By 1700, the resources of the Americas were feeding a European take-off.

By 1800, Europe’s wealth had caught up with China’s, but the processes of change kept working. By 1900, steamships had shrunk the Atlantic even more, while railroads and the telegraph had eaten up the vastness of America’s plains. As this happened, the US began pushing Europe off the top of the economic ladder.

By 2000, container ships, jetplanes and the internet had shrunk the world even more, and the Pacific too became a trade highway. This propelled East Asia into the global economy and first Japan, then the Asian Tigers and now China scrambled up the ladder after America and Europe.

They still have a long way to go. The average Briton or American earns 10 times as much as the average Chinese. But China is catching up.

So why would China lend to Europe in 2011? Probably for the same reasons that Europe lent to China in 1911 – to keep its markets stable. The EU is China’s biggest trade partner and Beijing needs Europeans to be able to buy its goods.

Rise of the East

But when Europeans lent to China in 1911, they got themselves more than just a stable market. They also got increasing control over China’s economy, and through that, over its policies. All the way back to ancient Rome, in fact, rising powers have relied as much on finance as on force of arms to bring rivals to heel.

Does this mean that Europe is committing suicide by sending Klaus Regling to Beijing? Once again, we can learn a lot by looking back 100 years.

In 2011, we are used to reading in the newspapers that China is a crass, corrupt, economic giant, manipulating its currency and rigging the markets to catch up with the West. Back in 1911, though, British newspapers levelled exactly the same charges against the USA. And they were right. Within 50 years, the US had conquered the world’s markets and the European empires were gone.

A disaster for Europe – or was it? In 2011 the average European lives 30 years longer than the average in 1911 and earns five times as much. Europe is far freer than it was in 1911 and has not had a major war in 66 years. All things considered, losing its number one spot and becoming dependent on American capital was a good deal for 20th Century Europe.

Will dependency on Chinese capital in the 21st Century be equally good?

No one knows, but the signs are not promising. Just last week, Jin Liqun, the supervising chairman of China’s sovereign wealth fund, told an al-Jazeera interviewer that Beijing should only lend to Europe if the EU turns itself upside down.

“If you look at the troubles which happened in European countries,” said Jin. “This is purely because of the accumulated troubles of the worn out welfare society… The labour laws induce sloth, indolence, rather than hard working.” Europe might find Chinese economic hegemony much harder to live with than an American one. 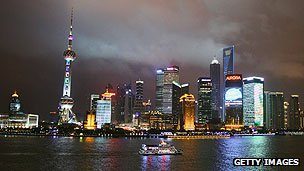 Will Shanghai be the world’s economic powerhouse in the future?

So what should Europe do? Looking at history again suggests an answer.

A hundred and fifty years ago, around 1861, China and Japan both collapsed as Western gunships and financiers pushed into East Asia. Nothing Japan or China could have done would have stopped the rise of Western wealth and power. How they reacted to that rise, however, made all the difference between triumph and tragedy.

China’s rulers borrowed heavily from overseas, squandered the capital, and fell into dependency. Japan’s rulers bought time, raised huge amounts of local capital and financed an indigenous industrial revolution. By 1911, Japan was a great power and China was the sick man of Asia.

A century and a half later, the EU faces the same choices. Nothing it can do will stop the rise of the Eastern wealth and power – in 100 years, Asia will be the world’s economic powerhouse – but how it reacts matters very much indeed.