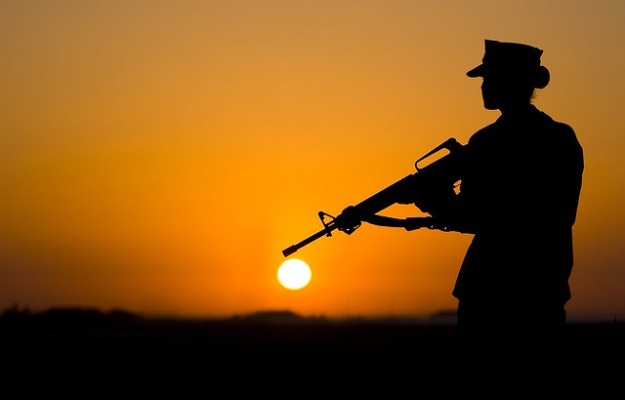 The other day the estimable Thom Shanker of the New York Times wrote “President Obama is about to receive an unusual opportunity to reshape the Pentagon’s leadership, naming a new defense secretary as well as several top generals and admirals in the next several months.” But one option Obama does not have is to name a senior military woman to the Joint Chiefs of Staff, the president’s senior group of military advisors and leaders of their respective services.

While the Army has its first female 4-star general, women comprise less than 6 percent of that service’s senior leadership, despite constituting more than 17 percent of the Army’s active duty officer corps. Including women at the senior most strategic leadership and decision-making levels is an issue of national security. Though two of the names proffered to replace Defense Secretary Robert M. Gates include Secretary of State Hilary Clinton and Michele A. Flournoy, the Pentagon’s undersecretary for policy and a preeminent national security specialist, no women are eligible to serve at the top ranks within the military itself.

This trend is similar to that of the private sector. Gender diversity enables a broader perspective and decision-making capability, and increased performance. Several private and academic studies conducted by Catalyst and Harvard Business Review empirically demonstrated that Fortune 500 companies “with the highest female representation at top management levels consistently and significantly outperformed companies with the lowest level of women executives.” The Harvard study found that companies with the most female leadership performed up to 69 percent better than their competitors as measured by ROI and shareholder value. Yet women make up less than 3 percent of CEOs and hold less than 17 percent of corporate board seats.

The White House Project, the national, nonpartisan, not-for-profit organization released a study titled “Benchmarking Women’s Leadership” that established that companies with three or more woman on their corporate boards, created a “fundamental change in the boardroom and enhance corporate governance.” The comparative military equivalent to the corporate board is that of the 10 four-star general positions. Perhaps the inclusion of a few more women with broad tactical and operational experience would provide some fresh thinking on waging war and creating peace.

Twenty-five percent of military jobs are not open to women, and those excluded jobs lead disproportionately to higher command. Yes, it’s true that few men become commandant of the Marine Corps or sergeant major of the Army, but all men have the chance. Military women, however, do not. It is important to look to the future and where we are headed in terms of our workforce and our Armed Forces. Earlier this year women became the majority of the workforce for the first time in history.

An evolution is also taking place in our colleges. According to The Atlantic‘s Hanna Rosin, “women now earn 60 percent of master’s degrees and about half of all law and medical degrees… Most important, women earn almost 60 percent of all bachelor’s degrees.” No longer an issue of equality; it is about a rapidly changing talent pool. It is one of the reasons the Navy has opened billets on two of the four classes of nuclear submarines to women — they are the largest resource to draw upon.

Women play a critical role in counterinsurgency operations (COIN) in Afghanistan, yet they remain prohibited from serving in units with a direct ground combat mission by federal law.

The combat exclusion policy was instituted for a linear battlefield with front and rear lines of combat clearly demarcated. Today’s asymmetric battlefield requires soldiers to prosecute the war and engage in combat in a 360 degree environment. Women are everywhere on the battlefield. The law has not yet caught up to the historical as well as present reality of war. The exclusion policy does not keep women out of combat, but it does prevent them from gaining the battlefield experience required to rise to positions of strategic decision-making and national security influence.

“The challenge facing the president will be to identify leaders who will provide him with disinterested advice, informed by a concern for the national interest, and in, doing so, to avoid the appearance of the reality of politicizing the senior leadership,” said Andrew J. Bacevich, a retired Army colonel and professor of history and international relations at Boston University. Following a decade of war, budget cuts and economic turmoil, this new group of senior military leaders will contend with even greater fiscal constraints, the need to modernize, and to improve significantly the health and morale of Armed Forces personnel stretched beyond their limits.

In field after field it has been demonstrated that women bring an additional and valuable perspective to the table. Although there are female generals in the Army, current policy prevents a woman from being appointed as Army chief of staff. That position is reserved for a combat arms branch officer only. Of the Army’s 10 four-star billets, only one is designated for an officer with branch experience other than combat arms.

The United States would be well served by increasing the number of sharp minds at the planning table. To do this, the ground combat exclusion policy must be abolished to grant women the opportunity to gain the same experience as their male counterparts. The president needs to select a team of senior military leaders that reflect the make-up of the 21st century Armed Forces and that can represent a part of our population and resource pool that is important both economically and militarily. Are we going to continue to exclude half the population?