Russia’s military intelligence service, the GRU, lends its help to shady weapons merchants in Moscow in return for a slice of the proceeds

. Viktor Bout, the alleged arms dealer who was extradited to the US on Tuesday, could shed an embarrassing light on those connections if he testifies in court. 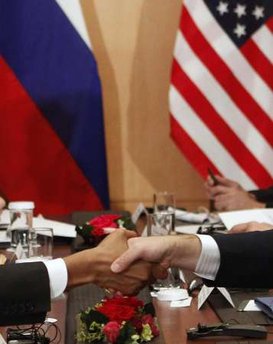 The mood was excellent when US Secretary of State Hillary Clinton met with her Russian counterpart Sergey Lavrov in Hanoi recently. The two top diplomats congratulated each other on their joint success in the fight against Afghan drug cartels. There was only thing that dampened the mood: the case of Viktor Bout, an alleged Russian arms dealer who was imprisoned at the time in Bangkok.

The Russian foreign minister took Clinton aside, to state Moscow’s position in no uncertain terms: “It is time for America to stop putting the Thai authorities under pressure.” Moscow and Washington have been involved in a bitter dispute over Bout, who has been in custody since March 2008 and was finally extradited to the United States on Tuesday. The Thai prime minister, sounding unnerved, had already said that “the US and Russia should resolve this issue.”

Russia wanted to prevent Bout’s extradition at all costs. The reason is clear: He maintains close connections to weapons and intelligence circles in Moscow. According to a United Nations investigation, Bout has allegedly trafficked weapons shipments worth millions, particularly in Africa, and in doing so has circumvented embargo rules. If he were called to testify in American courts, the Kremlin could face some embarrassing revelations.

Research SPIEGEL has carried out in Moscow — an El Dorado for global arms dealers — provides evidence of close ties between weapons traders and the GRU, Russia’s military intelligence service.

“Our intelligence services observe and often control almost all arms dealers active in Moscow,” says one insider. Another industry expert describes the conspiratorial business model in the following words: “Clandestine arms sales are made through companies founded by retired GRU officers.” Active GRU agents supervise these deals, according to the expert, and the profits are divided up, with Russian intelligence pocketing about 30 percent.

The arms deals have grown to such proportions that even Russia’s foreign intelligence service, the SVR, now cautions against the damage the “gray arms market” in the successor states of the former Soviet Union is doing to Russia’s image. According to one classified document, “former employees of the intelligence services of Russia and Ukraine are becoming increasing conspicuous in the global arms trade.”

In addition to a dozen Russian weapons barons, dealers from Israel and Pakistan are also active in the Moscow arms scene. Following the expansion of NATO into Eastern Europe, dealers who had once operated in the Czech Republic, Poland and Bulgaria have now moved eastward. In one case, a Pakistani living in Moscow and posing as a textile merchant reportedly arranged for the sale of helicopters and X-55 cruise missiles to Pakistan.

‘He Always Paid in Advance’

Arcady Gaydamak, a multimillionaire Russian-Israeli businessman, makes Bout’s alleged deals look relatively modest in comparison. Bout made his fortune with “deals in the range of $10-30 million (€7.5-22 million), with the sale of large quantities of guns, ammunition, light artillery and helicopters, but most of it was used technology,” says a Moscow industry insider. But with people like Gaydamak, he adds, the deals are worth “sums between $100 million and $1 billion, and involve the sale of high-quality weapons systems to governments.”

Gaydamak bought weapons for Angola in Belarus and Ukraine in the 1990s. A former officer who had served as a military adviser in Angola in the Soviet era, when he had got to know the current Angolan President José Eduardo dos Santos, had signed the contracts on Moscow’s behalf. The officer still raves about Gaydamak today. “Everyone liked doing business with him, because he always paid in advance,” he says.

In October 2009, in a trial that came to be known as “Angolagate,” a French court sentenced Gaydamak in absentia to six years in prison. The French felt that they had proof that the Russian had illegally trafficked weapons worth $790 million to the war-torn African country.

An international warrant was issued for his arrest, but that did not prevent Gaydamak from running for mayor in Jerusalem in 2008, albeit unsuccessfully. He now lives in Moscow, where he writes books about his collection of antique furniture. Gaydamak, who is the former owner of the weekly newspaper Moskovskiye Novosti, can feel safe in the Russian capital. His backers are located in the city, where he serves as an adviser to the Angolan embassy and is accredited with the Russian Foreign Ministry.

With a mixture of shock and admiration, the Moscow newspaper Argumenty Nedeli reported that the global market for illegal weapons shipments, which is worth about $5 billion, is “controlled by our people.”

To this day, there is speculation that it was not a cargo of lumber, as Moscow claims, but weapons systems bound for Iran or the Palestinian group Hamas that were on board the Arctic Sea, a freighter that was hijacked in the Baltic Sea under mysterious circumstances in the summer of 2009. The hijackers were suspected criminals from Eastern Europe. The Kremlin deployed four of its navy ships to intercept the freighter off the Cape Verde Islands. 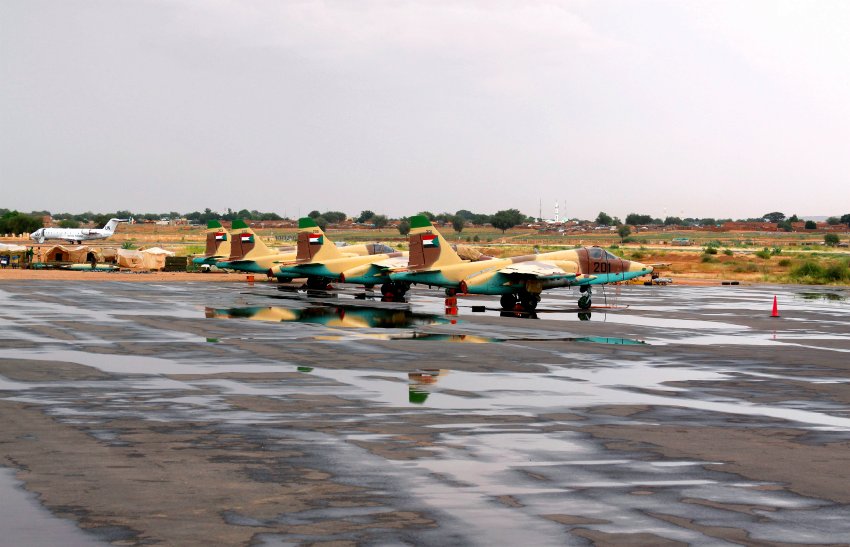 In October, inspectors working for the UN Security Council discovered four Su-25 bombers at an airport in the Sudanese region of Darfur, where a civil war has been raging since 2003. The planes are part of a shipment of 15 fighter jets that were made in Russia but were then sold to Sudan via Belarus. Amnesty International accuses Moscow of violating a 2005 UN embargo by selling weapons and Mi-24 helicopters to Sudan. Russia denies the accusations. The government of Belarus has also sought to defend its role by claiming that Sudan had assured it that the Su-25 jets would not be used in the crisis region.

Rebels in Darfur, however, report that the central government began bombing their positions with fighter jets again in early October. SPIEGEL has learned that spare parts for the Su-25 jets were sent to Africa from Russia via Belarus, and that translators were provided for the training of Sudanese pilots.

In the Soviet era, the GRU was involved in arms shipments to rebel groups in Africa, Asia and Latin America, in countries where the Kremlin sought to install communist governments. The networks remained intact after the collapse of the Soviet Union. In the 1990s, Moscow used a state-owned export agency to carry out its official arms sales. Shipments to the Palestinians were however handled through gray-market channels to avoid jeopardizing relations with Israel.

Viktor Bout also developed his network during his years in southern Africa. From 1975 to the 1990s, the Kremlin deployed its military advisers to assist communist movements in Angola and Mozambique. Bout was one of several hundred interpreters working for the military advisers. The interpreters were in the ideal position to supplement their pay with black-market deals. They smuggled wristwatches and TV sets from Russia to southern Africa, and they paid pilots to fly shipments of anything from 100 cases of Heineken to two tons of fresh fish across the jungle, from point A to point B. The Russians called the system “candonga,” after the Portuguese word for the black-market trade.

The profits were “spectacular,” says one of the men who was involved at the time. “Most importantly, however, we got to know the key black politicians, military officials and power brokers,” says the former military interpreter. “We drank vodka and used whores together with them. That creates a bond.” Bout, says the former interpreter, was always more restrained than the others, although he apparently did get to know enough people who would be useful for him later.