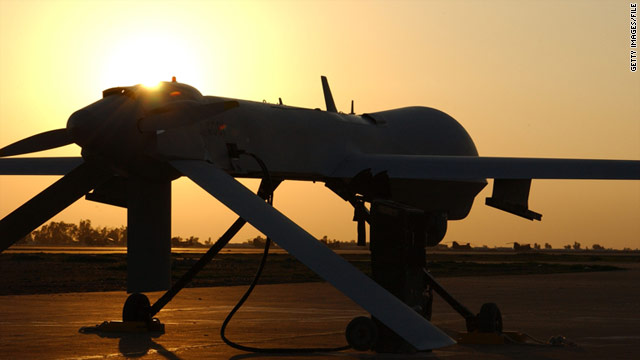 Editor’s note: Jose A. Rodriguez, Jr. is the former chief of the CIA’s Counterterrorism Center and head of the National Clandestine Service and author of Hard Measures. The views expressed are his own.

When I first published my memoir Hard Measures, How Aggressive CIA Actions After 9/11 Saved American Lives, a year ago, I got lots of requests to participate in documentaries. I turned most of them down. But I agreed to be interviewed for Greg Barker’s Manhunt because of a promise he made – and kept – to tell the story using only the voices of the people involved in the search for Osama bin Laden. Too many filmmakers and journalists come to this story with their own agenda. They arrive with all the answers and only seek snippets of quotes to bolster the conclusions they have previously made.

Barker took another approach and let the men and particularly the women of the CIA’s Counterterrorism Center explain their reasoning and actions. Viewers hear directly from those who were central to raising the alarm about bin Laden and long before most Americans had heard of him – and those who contributed to bringing down the al Qaeda leader and most of his henchmen.

Reasonable people can and do disagree about the tactics we employed. But no one should doubt the sincerity and motivations of these intelligence officers.Manhunt does an excellent job of illuminating not only the meticulous work done by CIA officers, but also the pressure we all felt to prevent follow-on attacks.

The recent tragedy in Boston, in which four people were brutally murdered by terrorists, provided a small reminder of how this country felt after 9/11. Immediately after the marathon bombing, there were public questions of why our security services had not done more to prevent such a heartless act.

Now think back to the days just after 9/11, when nearly 3,000 lives were lost. CIA officers who had been on the forefront of raising the alarm about al Qaeda found themselves blamed for the country’s lack of preparedness. Time and again they were told to do whatever was necessary to prevent a repeat of the World Trade Center attacks.

As awful as the Patriot’s Day attack was, we must not lose sight of the fact that CIA officers have been successful not only in cornering bin Laden in Abbottabad, but also in capturing most of his top aides. In the process, they have made it difficult, if not impossible, for others to match the horrors of September 11.

We did so by tracking down key leaders of al Qaeda one-by-one. Where possible, we captured them and elicited from them by sometimes tough – but always legal means – information that allowed us to largely dismantle the terrorist organization and thwart follow-on attacks.

There have been recent press reports about a lengthy so-called nonpartisan review of U.S. interrogation programs and an even lengthier, still-classified, Senate Intelligence Committee report, which suggest that our enhanced interrogation methods did not produce valuable intelligence. Both reports are fatally flawed because they failed to take a basic step. Unlike the director ofManhunt, they did not factor in the views of people who actually worked on the program.

As time passed and the smoke cleared, many Americans forgot the sense of anger and grief that was pervasive in the aftermath of 9/11. Some dismissed the victories achieved in dismantling of al Qaeda cells around the globe as insignificant or somehow inevitable. And our elected officials forswore our efforts to capture, hold and interrogate a handful of the known worst terrorists on the planet. Instead, out of a sense of “compassion,” the current administration’s policy has evolved into one of killing large numbers of suspected terrorists (and those unfortunate enough to be near them).

While I have no objection to the use of drones when absolutely necessary and when there is no viable option for apprehending top terror suspects, the default option now seems to be to kill them remotely. When we do so, we not only inspire many new terrorists, but just as importantly we lose the opportunity to find out what potential detainees know about the intentions of others planning terrorist attacks.

As a country we have allowed political correctness to tie our own hands and recreate a pre-9/11 atmosphere. If we are really serious about protecting American lives, shouldn’t our premier intelligence service be empowered to do all that is permissible under the law to protect the homeland?

The initial reports about the Boston bombers suggest that the two young men allegedly involved were not part of some massive plot orchestrated by al Qaeda central. But first reports are often wrong and we should not assume that they were rogue independent actors, simply because that explanation would be the most comforting. I think it likely that dead suspect Tamerlan Tsarnaev received some kind of training, inspiration and perhaps direction during his trip to Dagestan last year. As I explain in Hard Measures, one of the benefits of having held a group of al Qaeda operatives at CIA black sites was the fact that we could go back to them and ask what they knew about other potential terrorists who came onto our radar.

But now, the U.S. government cannot question other recently captured terrorists about the current relationship between al Qaeda and Chechen jihadists (many of the 9/11 hijackers initially went to Afghanistan for training with the intent of going to fight in Chechnya – it was only later that bin Laden diverted them to attack the United States.)  The U.S. also cannot ask recently captured terrorists whether they have heard of Tsarnaev, whether they have seen anyone matching his description or whether they know of any of his associates.

We can’t do any of these because we don’t capture terrorists anymore. In order to avoid the challenges of detention and interrogation – and to escape the harsh judgment of human rights activists – by and large we simply kill them.