Founders of the Zetas drug gang learned special forces techniques at Ft. Bragg before waging a campaign of carnage. 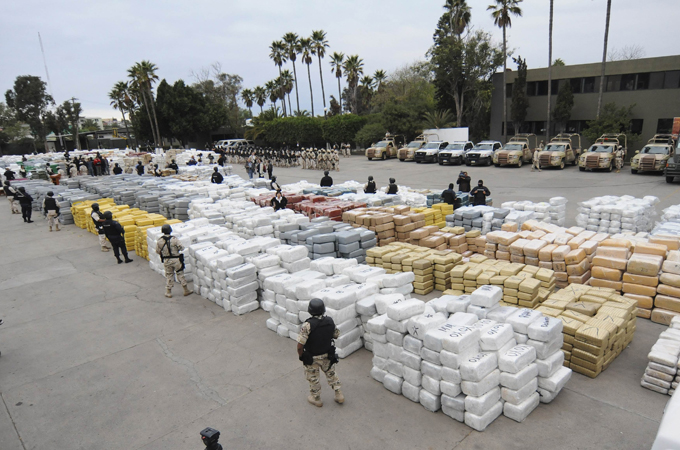 Despite the deployment of 50,000 troops, Mexico seems to be losing the ‘war on drugs

It was a brutal massacre even by the gruesome standards of Mexico’s drug war: 72 migrant workers gunned down by the “Zetas” – arguably the country’s most violent cartel – and left rotting in a pile outside a ranch in Tamaulipas state near the US border in late August.

The Zetas have a fearsome reputation, but the real surprise comes not in their ruthless use of violence, but in the origins of where they learned the tricks of their bloody trade.

Some of the cartel’s initial members were elite Mexican troops, trained in the early 1990s by America’s 7th Special Forces Group or “snake eaters” at Ft. Bragg, North Carolina, a former US special operations commander has told Al Jazeera.

“They were given map reading courses, communications, standard special forces training, light to heavy weapons, machine guns and automatic weapons,” says Craig Deare, the former special forces commander who is now a professor at the US National Defence University.

“I had some visibility on what was happening, because this [issue] was related to things I was doing in the Pentagon in the 1990s,” Deare, who also served as country director in the office of the US Secretary of Defence, says.

Mexican personnel who received US training and later formed the Zetas came from the Airmobile Special Forces Group (GAFE), which is considered an elite division of the Mexican military.

Their US training was designed to prepare them for counter-insurgency and, ironically, counter-narcotics operations, although Deare says they were not taught the most advanced commando techniques available at Ft. Bragg.

Military forces from around the world train at Ft. Bragg, so there is nothing unique about Mexican operatives learning counter-insurgency tactics at the facility. However, critics say the specific skills learned by the Zetas primed them for careers as contract killers and drug dealers.

“The Zetas definitely have the reputation of being the most dangerous, the most vicious, the most renegade of the cartels,” says Kristen Bricker, a Mexico-based research associate with the North American Congress on Latin America (NACLA).

About 29,000 people have died since Felipe Calderon, Mexico’s president, declared war on the drug cartels in 2006.

The group has mounted the severed heads of its victims on pikes in urban areas, posted torture and execution videos on the internet, forced poor migrants into prostitution and massacred college students during house parties.

Other cartels have accused them of not following the ‘gentlemen’s code’ of drug trafficking and causing undue violence,

“At one time, it was considered bad form to kill pregnant women, but not any more.” For safety concerns, Bricker didn’t want to say where she lives in Mexico.

Deare estimates “probably more than 500” GAFE personnel received special forces training. He is unsure exactly how long the programme lasted. The Zetas came to the attention of Mexico’s Attorney General’s office in 1999.

After US training, GAFE operatives defected from the Mexican military to become hired guns, providing security to the Gulf cartel, a well established trafficking organisation, according to Laura Carlsen, director of the Americas program of the International Relations Center.

They split from the Gulf cartel and formed as a cartel in their own right,” Carlsen, based in Mexico City.

The Zetas’ alleged current leaders, Heriberto Lazcano, known as Z-3 and Miguel Trevino, or Z-40, were first recruited by Osiel Cardenas, the now-jailed leader of the Gulf cartel. The name “Zetas” originates from the radio code “Z” used by top military commanders in Mexico.

But unlike Zorro, the Mexican outlaw hero who also used the “Z” alias, Los Zetas steal from everyone, not just the rich. And they certainly don’t give much back to the poor, except the corpses of their relatives. “They are just known for being a different kind of human being.

The number of initial defectors from GAFE is thought to be somewhere between 30 and 200, but “the exact number is unclear”, says Deare. However, the possibility of defections should not have come as a surprise to US trainers.

The Mexican state “does not pay soldiers enough” Deare says. “I am not saying they [the government] have to pay as much as the cartels, but they [security forces] must be paid decently if they aren’t going to be susceptible to corruption.” 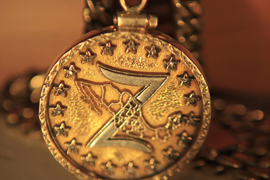 US really needs to examine their vetting procedures and manuals to see why so many people who they train do so many terrible things when they go back home,”

But just blaming Uncle Sam for the rise of the Zetas and increasing drug violence is too simplistic.

It wasn’t just US training. The GAFE were also trained by the Kaibiles of Guatemala, a notoriously brutal special operations force from that country’s dirty war in the 1980s.

And even without special training for cartels, there is little trust that Mexican security forces can deal with the drug trade.

In May 2006, “La Barbie” a leader of the rival Sinaloa cartel, took out a full page advert in a Mexico City daily newspaper, to allege that Mexican police were protecting the Zetas.

For their part, the Zetas have long complained that the Sinaloa cartel enjoys police protection.

Despite debacles surrounding the Zetas and increasing violence, Deare – who physically resembles the tough but fair minded under-secretary of defence played by Harrison Ford in the fictional drug war thriller Clear and Present Danger – thinks Mexico needs more, not less, US involvement.

America has pledged some $1.3bn to assist Mexico in the drug war through the 2007 Merida initiative, but much of that cash hasn’t been spent because it has been stalled in Congress, Deare says.

Other analysts are critical of the initiative because it allows the US to “meddle” in Mexico’s affairs and has not garnered the desired results.

For citizens here, Merida causes two great concerns: it raises questions of national sovereignty and there is a lot of fear that under the cover of the drug war there will be increasing attacks on grassroots movements.

GAFE, for example, was established in 1994 to fight Zapatista rebels in southern Mexico, La Journada reported.

The Zapatistas, a poorly armed primarily indigenous militia, rose up against the Mexican government on January 1, 1994, the same day the North American Free Trade Agreement (NAFTA) came into effect between the US, Canada and Mexico.

The Zapatistas called NAFTA a “death sentence”, in part, because the agreement would allow subsidised US crops to enter the Mexican market, pushing small farmers off the land.

After battling the insurgency, GAFE gained additional training and support from the US to fight the drug trade, a business which arguably benefited more than any other from NAFTA. Relaxed borders increased trade flows in many goods, illegal drugs in particular, and rural displacement swelled the ranks of unemployed young men eager to make quick cash by any means necessary.

Valued between $19bn and $40bn dollars on a yearly basis – exact figures aren’t available for obvious reasons- the drug trade has massive power as a corrupting influence.

And despite 50,000 Mexican troops fighting the cartels, despite the mangled bodies and US assurances of support, Bricker speaks for all three analysts from divergent political outlooks when she states: “No one has been able to present any evidence that the Mexican government is winning this war.”

And, if winning the war on drugs is the goal, training the most violent cartel probably isn’t a great start.