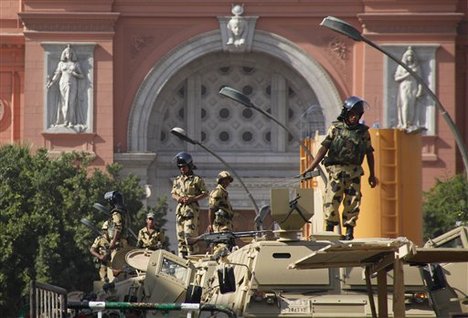 fore-shad-ow (v.) 1. To indicate or warn of before hand. 2. To point out or suggest something, usually something unpleasant, that is going to happen.

As more and more aggressive and belligerent corporate policies in America are overshadowing compassion, civic education, and opportunities and possibilities for active citizenry, one cannot help but observe that a kind of domestic militarization has occurred. And as the United States and its enormous Defense Department, housed in the Pentagon and in every city and American home, spends more than the entire world combined on its ever expanding armies and navies and weapons industries, including the enforcement of zero tolerance, it is obvious that militarism is being directed at not only foreigners but also Americans. The scope of America’s military and its police and security States, with its emphasis on repression, surveillance and behavioral and thought control, and the criminalizing of debate, disagreement and dissent, points to how American citizens are in the crosshairs of the Pentagon and its vast Military-Corporate-Academic-Prison complex.

With this in mind, are Egypt’s once vibrant protests and democratic reform movements and revolution, now hijacked and crushed by its Supreme Military Council and police forces, a foreshadow of what is to come, if people in the United States start to also long for new ideals of freedom and liberty? As in Egypt, will American military tribunals imprison those who demand a new direction and a new constitution? One only has to think back to several weeks ago when hundreds of thousands of Egyptian protesters flooded Cairo’s Tahrir Square demanding the removal of their leader, Husni Mubarak, and the entire government for corruption and human rights abuses. But instead of demonstrators and people filling the vacuum of a thirty-year reign by an autocratic ruler, a Supreme Military Council seized control. Its pledge to work with peaceful protesters and to make sure Egypt would have a peaceful transition to civilian rule was hollow, even deceptive.

When public and private sector workers in Egypt continued to mobilize and organize large-scale protests throughout Egypt, demanding better wages and wanting to eliminate corruption, including expressing the need for better economic opportunities and expanding civil and political rights, Egypt’s Supreme Military Council issued Communique No. 5. It condemned the peaceful demonstrations and ordered the protesters to go back to work to restore the economy. Still, a majority of Egyptians voted for a constitutional referendum with new changes and amendments. Immediately, though, the Supreme Military Council announced a new law criminalizing protests and strikes. Sentences ranged from several months to fines worth tens of thousands of dollars. Egypt’s military then announced parliamentary elections would be postponed until September, something reformers wanted right away.

People in Egypt now believe their revolution is slipping out of their hands and into the arms of a military junta, or Egypt’s Supreme Military Council, something that for years had been planned by top military officials and cadre in Egypt’s Army. When tens of thousands of demonstrators again gathered in Tahrir Square, this time demanding that the Supreme Military Council step down, the Egyptian Army fired on unarmed and peaceful protesters. Save the Revolution Day turned into a bloodbath. Even though United Nations officials and human rights groups warned Egypt’s Supreme Military Council that it must move towards democratic reform, and that it must stop arresting and imprisoning protesters, such warnings fell on deaf ears. Much like the Pentagon and Department of Defense, Egypt’s military is acting with impunity.

But tens of thousands of Egyptians again gathered and demonstrated in Tahrir Square calling for an end to military rule and any military personnel associated with Mubarak’s regime. Protesters built encampments and called for the Supreme Military Council to issue a new constitution. Egypt’s Army moved in and brutally beat peaceful demonstrators and destroyed their encampments. While some marchers were arrested and imprisoned and tortured, others were killed or be came one of the “disappeared.” Amnesty International has condemned the Supreme Military Council’s brutal crackdown and the slaying of protesters. They have also denounced the continued imprisonment of hundreds of political activists. Egyptian demonstrators have been sentenced to several years of prison for criticizing the Supreme Military Council and Egyptian Army, including its use of excessive force.

People in Egypt now view this kind of armed intervention by Egypt’s military as and act of betrayal, a disgrace to those who were martyred in trying to gain more political and economic rights and freedoms. Yet, and as mentioned earlier, will Egypt’s revolution be an indicator of what will happen if American citizens ever decide to bring an end to their corrupt government, their corrupt leaders and policies, and their corrupt military establishment that acts with impunity? If a massive demonstration ever occurs demanding a new government, will the Pentagon and Department of Defense, along with its military and police forces, also form a Supreme Military Council? Will they even go to war with their own citizenry to keep their absolute political and economic powers and to maintain their supremacy they currently enjoy? Still, will they establish military tribunals and imprison those who question their military powers and expenditures?

One can only imagine that the Pentagon and Department of Defense will also sign communiques ordering striking workers to go back to work in order to produce more armaments and to raise more monies for its war machine. One can predict that U.S. soldiers and police and security forces will also fire on and kill unarmed protesters in the name of national security and in the name of law and order. There is actually a lengthy history of the U.S. Army and police forces being used to crush popular revolts, labor strikes, and massive protests. The Pentagon and Department of Defense, along with their corporate lobbyists and private paramilitary forces, are also renowned for controlling the three branches of government and for usurping the powers of the U.S. Constitution. When people in America demand a new constitution, there will more than likely be many more Ludlow Massacres, Kent State and Jackson State Massacres, and M.O.V.E. Massacres.

At this time, U.S. military expenditures have doubled since 2001. The Pentagon and Department of Defense now feasts on $1,107,445,000,000 ($2.1 million per minute) a year for advanced weaponry and security forces. Because of this, it will not be possible for democratic and economic reform movements to occur in America. As in Egypt, the revolution will be hijacked by a Supreme Military Council. With regards to what the Pentagon and Department of Defense deems as “states of emergencies,” plans have already been drawn-up to establish a military junta and military tribunals. When the U.S. Army and Federal Bureau of Investigation recently spied on demonstrators and infiltrated dozens of peace and tax awareness groups, groups who were against the U.S.-led Iraq and Afghanistan Wars and their lengthy military occupations and secret rendition sites, such actions of harassing and jailing American citizens were for the purpose of experimenting with future massive protests and anti-war movements. The detention of dozens of American protesters before rallies was a trial balloon, merely a chilling foreshadow of what is going to happen, just like in Egypt.

When the spirit of reform and revolution comes to America, as it eventually will, with their shock troops the Supreme Pentagon and Military Defense Council will drag away protesters and imprison them. They too will declare a state of emergency and marital law and establish new military-like communiques and rules. America’s most powerful institution, the Pentagon and its Defense Department, will use excessive force to keep its expenditures and to maintain its absolute positions of power and command. Americans who dissent will be labeled outlaws and thugs, even terrorists. They will be spied upon and harassed and reported. Suspected dissenters will be labeled unpatriotic and detained and tortured. The U.S. will become a military junta, limited only by the power of the Pentagon and its armed forces. Free elections and a new constitution demanding the end to corruption and military spending will be postponed, as will a new constitution.

Like many people in Egypt, Americans will understand that: “Many of us are now realizing that a very well thought-out plan is unfolding step by step from the military, who of course have done very well out of the political and economic status quo. These guys are expert strategic planners after all, and with the help of some elements of the old regime and some small elements of the co-opted opposition, they’re trying to develop a system that looks vaguely democratic but in reality just entrenches their own privileges.” And like Ahmed Salah, an Egyptian protester who witnessed the military firing on unarmed demonstrators followed by brutal beatings, U.S. citizens will exclaim: “But now people know that the Army is not protecting the revolution. So there’s no need to play games anymore, to pretend.”

When will Americans quit playing games and pretending too? The Pentagon and the Department of Defense, which consumes over half of America’s annual budget at the expense of more beneficial and life-giving programs, will never allow monies and their powers to be shared or redistributed. Neither will they ever agree to a new constitution or to new amendments, let alone fair and democratic elections. They have become embedded and internalized throughout American culture and society. When massive protests and demonstrations occur, military and security forces will beat and jail and kill protesters. They will burn down encampments, as has already happened. When Americans march on Washington to “seriously” demand reforms and with unwavering courage try to demand a new government, they will then understand that the Pentagon and Department of Defense, along with their corporate backers, have destroyed, are destroying, and will destroy the Public Good.

America today does not consist of democratic equality. Neither is it a society of expanding opportunities and freedoms. It is a nation filled with class conflicts, military segregationists, and low-intensity warfare against permanent under-classes, namely the working poor. The privatization of the Pentagon and the corporatism of the Department of Defense have nearly eroded family and neighborhood support systems and cohesion. Absolute allegiance to a mythical illusion is demanded by the Pentagon and Department of Defense. It is a superstitious belief that the Military-Industrial-Complex is America’s ultimate savior. Like millions of Egyptian demonstrators and revolutionaries who now sit and weep beside the waters of the Nile, will American demonstrators someday sit in the shadow of the Pentagon and weep beside the waters of the Potomac?