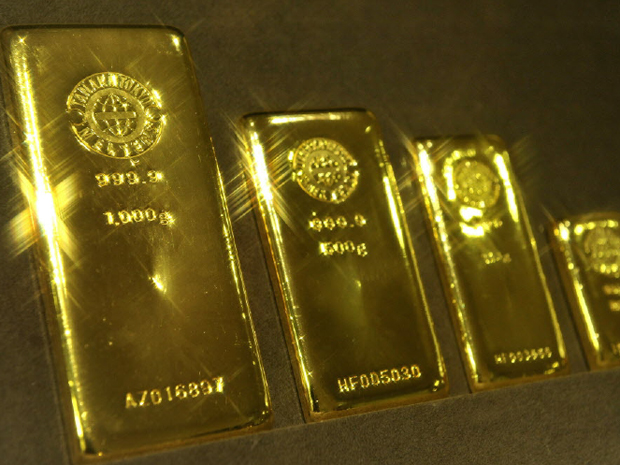 Delegates at the London Bullion Market Association’s annual conference raised their already bullish forecast for the gold price in a poll conducted at the end of the gathering in Berlin, with expectations for the price to hit US$1,450 an ounce by next September.

Looking at gold’s main traditional drivers, 64% of delegates who voted in the snap poll said they expected the U.S. dollar to be weaker by the time of the next LBMA conference in Montreal, while 63% saw U.S. inflation rising in the same period.

“The degree of uncertainty that is out there at the moment is one of the reasons gold has come up,” said John Reade, precious metals strategist at Paulson & Co, in a presentation to delegates at the close of the conference.

“The key thing, as far as I see it in the gold market, is gold is a store of value. It is not just something that goes up, it is something that holds onto its value when everything else goes down,” he said.

Investor demand for gold as an alternative to currencies, stocks and bonds, where volatility has increased dramatically since the unfolding of the credit crisis three years ago, has been a driving force in gold’s rise to record highs.

Institutional investors such as pension funds are increasingly looking at gold because of its appeal as a store of value and hedge against potential inflation, delegates said.

Shayne McGuire, director of global research and gold fund manager of the US$92.3-billion Teacher Retirement System of Texas, said pension funds should lift their exposure to gold, regardless of the outlook for prices.

Doubts over the likely path of economic growth in the United States, the impact of the European sovereign debt crisis, and China’s influence on supply and demand, make mining companies confident in gold’s ability to continue to gain in price.

Barrick Gold sees the price “easily” rising above US$1,500 an ounce, while AngloGold Ashanti said its decision to unwind its hedgebook — previously one of the industry’s largest — was a reflection of its confidence in the outlook for the bullion market.

Meanwhile, Rand Refinery, the world’s largest gold refiner, believes the economic backdrop is cloudy enough to spur investor appetite for bullion, even though demand for products such as coins and bars is more unpredictable now.

One of the legacies of the financial crisis has been tighter regulation and a desire among governments for greater transparency across markets.

The LBMA, an association that represents the London gold and silver market, is set to distribute data from its market-making members to create a forward curve for gold and plans to do the same for silver in 2011.

LCH.Clearnet, a clearer, together with the London Metal Exchange, will introduce clearing for over-the-counter gold clearing from November this year.

Meanwhile, the LBMA says its top priority will be development and maintenance of its Good Delivery List of refiners whose gold and silver meets certain standards of purity.

“More than ever, there are challenges ahead, especially in terms of regulation,” LBMA chairman Kevin Crisp said on Monday.

“As an industry, we certainly need to pick our battles, and we need to ensure we have the resources, both financial and human, to confront and overcome these challenges,” he added.

Silver prices were also expected to rise, according to the LBMA’s poll of delegates, who forecast it would reach US$24.00 an ounce by September next year. Prices reached a 30-year high at US$21.66 on Tuesday.