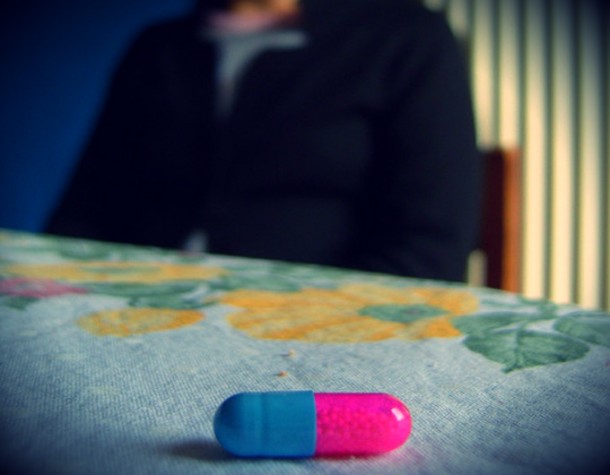 The combination of the Arab Spring and the economic crisis in southern Europe has led to a quiet panic spreading in hospitals across the Mediterranean Basin.

“With the disorganization of medical services, the number of infections resisting most known antibiotics has literally exploded,” says professor Patrice Nordmann, chief of the bacteriology-virology-parasitology department at the Bicêtre Hospital in Paris, and head of the Epidemiology and Biochemistry of Emerging Resistance Mechanisms unit at the Inserm (National Institute of Health and Medical Research).

But beyond the Mediterranean sources for the spreading bacteria, such as Greece, Spain and North African countries, is a new reservoir of host countries. In Rotterdam, Netherlands, for example, more than 3,000 patients have been infected by strains of enterobacteria resisting multiple treatments. In Great Britain, while staphylococcus aureus had been spectacularly curtailed for ten years, health authorities have identified new bacterial waves, imported from India through low-cost medical tourism.

In France, the National Sanitary Surveillance Institute recently signaled ulltra-resistant strains of Acinetobacter baumannii, whose part in nosocomial diseases spread in medical facilities went from 3% in 2008 to 11% in 2011, causing death in 17% of cases. More worrying: cases of resistant infections are not limited to hospitals anymore. “A tsunami is to be expected,” warns Nordmann.

He is not the only one to think so. The acceleration of the phenomenon also worries the World Health Organization (WHO). Its Director-General, Dr Margaret Chan calculated that 440,000 cases of tuberculosis (out of a total 8 to 10 million globally), stem from a multi-resistant strain, which has killed at least 150,000 people in at least 64 countries. In a 2012 report, the organization shared its fear of a “return to the times when antibiotics did not exist.” In other words, medical pre-history.

“The risk of a paralysis of modern medicine is real,” confirm experts from the French Strategic Analysis Center, in a November report sent to the Prime Minister’s office. No antibiotics would mean no more surgery, organ transplantation, chemotherapy, or therapeutic barriers to stop the spreading of diseases.

Eight decades after the discovery of penicillin, which inaugurated the era of modern medicine, will Darwinism rear its destructive head? “Overconsumption of antibiotics, encouraged by their free circulation in some countries, forces bacteria’s natural resistance mechanisms to select the most adapted genes for survival in over-asepticized environments,” explains Patrice Nordmann. In view of bacteria’s reproduction speed, the time necessary for these mutations is extremely short. Rudimentary microbes that couldn’t survive ten years ago are now about to become real juggernauts.

“There is no reason today for this race to stop. If we do not act now, mankind must prepare to face an apocalyptic scenario where modern health systems could be destroyed,” says Richard Smith, professor of Health System Economics at the London School of Hygiene and Tropical Medicine.

Overconsumption is not only the product of uncontrolled prescriptions: according to the WHO, at least half of the antibiotics produced in the world are administered in prevention to livestock. Forbidden in Europe since 2006, this practice goes on in the United States where four out of five antibiotics consumed are used to fatten cattle.

The vertiginous decline of research into new antibiotics does not help: less profitable for the “Big Pharma” than treatments for chronic pathologies, the number of marketing authorizations granted by the Food and Drug Administration — the American sanitary authority — went from 16 for the 1983-1987 period, to only two in the last five years.

Even worse: no new treatment has been proposed for ten years against “superbugs”, or multidrug-resistant bacteria.

This race against the clock can be an incentive for research in new therapeutic approaches. At France’s Pasteur Institute for example, the laboratory headed by Jean-Marc Ghigo studies the metabolism of bio-films in order to invent surgical tools and hospital material on which bacteria would be unable to attach itself.

As for the Strategic Analysis Center, it recommends developing research in phage therapy, a nearly 100-year-old discipline, once overtaken by the rise of antibiotics. With the help of bacteriophage viruses, it can target pathogenic agents with extreme precision while protecting “friendly” bacteria in the human flora.

“The harmless bacterium Vibrio can thus become cholera’s enemy by acquiring a choleric toxin gene from a bacteriophage,” the authors predict. Three clinical trials are going on in the United States, in Belgium and in the United Kingdom, but the need to regularly update the phage cocktails according to targeted bacteria render the regulation more complicated. Yet the risks of the current situation could accelerate the process: Richard Smith assesses the annual cost of antibiotics resistances at $55 billion in the United States alone.