U.S. and many other nations at the U.N. General Assembly walk out in protest at Iran President Mahmoud Ahmadinejad’s conspiracy theories over September 11 attacks 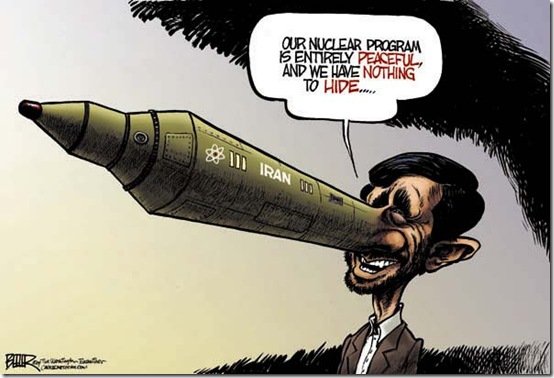 Delegates from the United States and other nations walked out of the U.N.

General Assembly on Thursday as Iranian President Mahmoud Ahmadinejad delivered a fiery speech that criticized Washington, capitalism and the world body itself.

Though incendiary statements from Ahmadinejad are nothing new, tension in the hall grew as the Iranian leader recounted various conspiracy theories about the September 11, 2001, terrorist attacks on New York and Washington.

“Some segments within the U.S. government orchestrated the attack,” Ahmadinejad told the General Assembly. He followed with the claim that the attacks were aimed at reversing “the declining American economy and its scripts on the Middle East in order to save the Zionist regime. The majority of the American people, as well as most nations and politicians around the world, agree with this view.”

That appeared to be the last straw for many of the diplomats. Representatives from the United States, Britain, Sweden, Australia, Belgium, Uruguay and Spain walked out while Ahmadinejad asserted that U.S. government was involved in the attacks or allowed them to happen as an excuse to go to war in Afghanistan and Iraq.

President Barack Obama already had delivered his address to the General Assembly and had left the grounds before Ahmadinejad spoke. White House spokesman Robert Gibbs said the president “found the comments to be outrageous and offensive, given how close we are to ground zero,” the New York site of the attacks.

And Mark Kornblau, a spokesman for the U.S. mission to the U.N., said in a statement, “Rather than representing the aspirations and goodwill of the Iranian people, Mr. Ahmadinejad has yet again chosen to spout vile conspiracy theories and anti-Semitic slurs that are as abhorrent and delusional as they are predictable.”

A European Union diplomat said that all 27 member nations had agreed to walk out if Ahmadinejad made inflammatory statements during his address.

The exits did not deter the Iranian leader from his line of attack, however. Ahmadinejad went on to compare the death toll in the September 11 attacks to the casualty count in the wars in Afghanistan in Iraq.

It was said that some 3,000 people were killed on September 11th, for which we are all very saddened,” he said. “Yet, up until now in Afghanistan and Iraq, hundreds of thousands of people have been killed, millions wounded and displaced, and the conflict is still going on and expanding.”

Ahmadinejad also continued the attack on capitalism that he began during a Monday address at the Millennium Global Development Summit. He linked the U.S.-led conflicts in Iraq and Afghanistan with wars for colonial expansion in Africa, Latin America and Asia.

The Iranian president also touched on the recent controversy over a Florida pastor’s plans to burn copies of the Quran, the Muslim holy book, by waving copies of a Bible and a Quran as he declared his respect and reverence for both. And he concluded his address with a defense of Iran’s nuclear ambitions, discussing a recently submitted statement to the U.N.’s nuclear watchdog, the International Atomic Energy Agency.