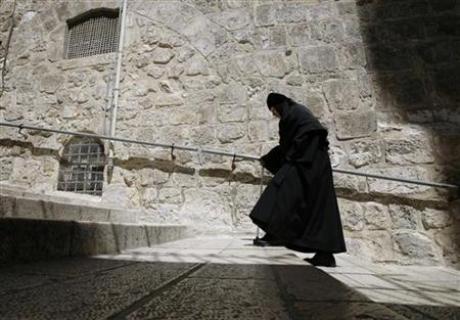 UNDER THE VEIL BY ROYA HAKAKIAN

Before the UN, EU, or White House draft a new proposal on Iran, they should master the details of the case of Sakineh Mohammadi Ashtiani, the 43-year-old woman on death/stoning row. What makes Sakineh’s case worth the policymakers’ time is more than the usual human rights argument against befriending governments that engage in medieval practices such as stoning (though why not?), but the way Iran’s regime has defined, then redefined (in light of international pressure), Sakineh’s charges — essentially rewriting the rules of their own game.

The complete story has thus far eluded coverage in part because of poor access to the main characters but in greater part because of the usual Western flaws in covering Iran’s domestic affairs, where the real story is always eclipsed by something deceivingly larger. The notoriety of the hundreds who have signed Sakineh’s petition, or Brazil’s offer of asylum to her, or the valiant defenses of the Koran by those who insist that so brutal a punishment as stoning does not exist in its text, have received far more attention than the details of the story itself.

The most likely tale is as follows: In 2006, a court found Sakineh guilty of what the sharia judges, in their ever graceful use of the lexicon, refer to as “fornication.” In Sakineh’s case, it constitutes sex with two men after her husband’s death and is the only “crime” she has not disputed, a charge for which she received 99 lashes.

But in 2007, prior to the start of her husband’s murder trial, Sakineh confesses — though she later says it was extracted from her under duress — to having had sex with the men while her husband had been alive. Once more, Sakineh faces the judges for the same crime, something that, as Sakineh’s articulate son points out, is a violation of the sharia. Besides, it’s absurd that adultery was filed at all since it is a charge only a cuckolded husband can file against a wife. In this case, the charges come from a band of vengeful Shiite judges channeling the dead in pagan fashion. Of the five judges who preside over the second trial, two find her innocent in the virtual absence of any evidence. (A former retired Iranian judge explained to me that the Koranic proof of adultery is set unattainably high, at the nirvana of intimacy that couples can only reach in perfect privacy: Four witnesses must testify to having seen the lovers so tightly tangled that not even a thread could pass through their embrace).

The three who convict her do so on the basis of a sharia provision called “the judge’s knowledge.” In essence, they invoke their own right to intuition. (Perhaps a glimmer of mischief in Sakineh’s eyes, or a quiver in her fleshy lips, conjured the sinful memory of Angelina in the judges’ minds as they made their decision to convict her.) In short, the final verdict was based on nothing more than the ephemeral stuff that would never pass as legitimate in a real court of law.

In the meantime, the murder trial of Sakineh’s husband, in which Sakineh was not a defendant, ends. And its upshot? Nothing more than the proverbial hill of beans! The sharia leaves it to a murder victim’s family to pursue or forego retribution, and as the family of Sakineh’s husband chose to pardon his killer — a relative of theirs — the case was closed.

The irony that a proven killer receives leniency whereas a highly disputed adulterer is placed on stoning row notwithstanding, Sakineh’s appeals are rejected and a date is set for the Barbarian Olympics.

As the stoners go on to chisel their rocks, Sakineh’s children (with the help of their savvy lawyer, who was forced to flee the country in July and is now a refugee in Norway), begin a highly successful campaign on Sakineh’s behalf, which spurs outrage around the world. Even Ahmadinejad’s global buddies (Brazil’s Luiz Inácio Lula da Silva, for instance), feel the heat from their appalled constituents and move to intervene, though to no avail.

The adultery charges buckle under the weight of the collective outcry. But as Tehran would rather be caught dead than relent, it brought even more serious charges against Sakineh. Now, she’s threatened with execution for the murder of her husband, even though she had never been accused of that crime, and more importantly, those who were had been pardoned by his family, thus ending the saga altogether. (As there are no such public guardians of the citizenry or state as prosecutors in sharia — at least not as practiced in the eastern Azarbaijan Province of Iran — once the family had pardoned the guilty, the murder case became officially nonexistent.)

One way or another, be it by stoning or hanging, for adultery or murder, Sakineh will be killed. And if accusation alone is not enough, then her own confessions, which aired on Iran’s national television , will have to incriminate her beyond the shadow of doubt.ani

One need not be a feminist to worry about the broader implications of Sakineh’s case: In a country where a fornicator can be turned into an adulterer who can retroactively be turned into an accomplice in a murder case that no longer exists, can there be anything believable as truth? Where facts so readily transform into fiction and where fiction is readily embraced as pure fact, can any negotiation be but mere hallucination?