LOOK FOR PLACE TO BOMB, TO DO NO HARM 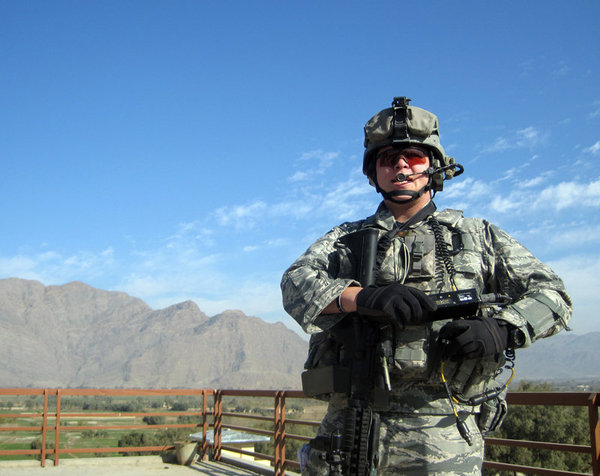 ,,,developing
Six months after Army Gen. Stanley McChrystal, the top U.S commander in Afghanistan, issued a tactical directive urging troops to walk away from a fight rather than risk killing civilians, the Air Force is engaging in a campaign of restraint. Instead of air strikes, airmen increasingly are searching for places they can drop bombs that can be heard and felt, but where they’re unlikely to damage buildings or hurt people.

It isn’t a universal effort. In Afghanistan’s Khost and Helmand provinces, Afghanistan’s most violent, U.S. jets more frequently drop bombs that are intended to maim and kill.

In less conflicted areas such as Nangahar, however, soldiers are increasingly seeking tactics other than air attacks to get them out of hairy situations. Among the alternative uses of air power: buzzing enemy positions in a show of force, and shooting flares or dropping warning bombs instead of directly engaging the enemy.

Privately, ground troops see that the restraint is putting them in greater danger, and so far, they aren’t seeing results.

Afghans still seem no more willing to provide information to U.S. forces, the troops say, despite of the U.S. efforts to minimize civilian casualties, even in a province such as Nangahar, where education levels are relatively high. A senior military officer acknowledged in a December briefing with reporters that the Taliban have expanded their shadow government to nearly every Afghan province, a sign of complicity and fear among law-abiding Afghans.

Afghans say they appreciate the Americans’ more cautious approach, but they continue to fear the Taliban’s return to power.

Some troops say they look for ways around the directive.

“The directive . . . It’s nice. I read it, but I am going to make sure my guys come back. Period,” said one platoon sergeant who requested anonymity to speak more candidly.

Air Force Maj. Gen. Stephen P. Mueller, the director of coordinating air resources in Afghanistan and a McChrystal adviser on Air Force matters, said he’s aware that troops feel less safe and is trying to address that by stressing that they’ll get air support when they need it.

“All we are asking is for the pilot and crew to be a little more judgmental,” Mueller said. “We are trying to counter this (notion). But I fundamentally believe it is the best way to go.”

The adjustment is part of the Air Force’s effort to find a place for jet fighters in a counterinsurgency campaign. Even precision guided munitions are best for killing hundreds of enemy troops clustered on a battlefield, not for one or two insurgents running away from a housing compound, Air Force commanders concede. Dropped on buildings to kill a handful of enemy fighters, bombs almost certainly also claim the lives of civilians.

Since McChrystal’s directive, “we have seen . . . significantly less use in compounds,” Mueller said.

Air Force statistics show that non-lethal shows of force have become more common in the months since McChrystal’s directive.

Those statistics show, for example, that U.S. troops came into contact with an enemy 590 times in July, the month McChyrstal issued the directive. In 198 of those cases, they responded with non-lethal aerial shows of force. By November, they used non-lethal shows of force in 110 of the 139 instances of U.S. troops facing enemy fire.

The Air Force is now asking: “Is there a better way we can do this than drop a 200-pound bomb?”

Woodson’s rooftop surveillance in Nangahar province is part of a program designed to provide a bridge between ground forces and pilots in the air. Several hundred Air Force joint terminal attack controllers, or JTACs, are assigned to Army units in Afghanistan to help determine whether to drop a bomb, and if so, what kind.

The JTACs also are responsible for knowing where aircraft are and how long it will take them to arrive at a battle. Once they’ve arrived, the JTACs help negotiate the best use of the aircraft.

The ground commander is often just thinking “I don’t want my guys to be shot anymore,” said Air Force Maj. Jayson Schmiedt, an F15C pilot from Colorado Springs, Colo. “So we tell them, ‘Tell us the effects you want, and we will provide it.'”

It takes three years to train a JTAC, and there’s a shortage — the military hopes to add another 100 among the 30,000 surge troops, bringing the total number in Afghanistan to roughly 300.

Woodson, who’s assigned to accompany the 1st Squadron, 108th Cavalry Regiment, Georgia Army National Guard, spends much of his time in the field looking for places to drop a warning shot, in case soldiers ever come into danger.

As the 108th Cavalry’s commander, Lt. Col. Randall Simmons, 40, also of Macon, met with local officials, Woodson determined the GPS coordinates of the mountain’s flat top and made a note of them. In an attack, there may not be time to look for the best spot, he explained.

There are limits to warning shots, of course, said Capt. Roger Brooks, 36, who hails from Dallas, Ga., and commands the JTACs supporting Simmons’ regiment as part of the 165th Air Support Operations Squadron of the Georgia Air National Guard.

The Taliban are smart and adaptable. If they see only warning shots and flares, they’ll eventually figure out “it’s just an air show,” he said.

For now, however, it still works, largely because 30 years of war have taught Afghans to fear death from the sky.

Measuring the gains of restraint, however, is harder to determine. On a late December day, guardsmen were returning from a day-long patrol. Brooks was serving as the JTAC.

Along the main road to the base just outside Jalalabad, the unit was flagged down by a man who said that a policeman had found a roadside bomb up ahead in a busy area of shops, where it should have been difficult to hide an explosive without others knowing.

As Lt. Col. Simmons interviewed the local police chief about how a bomb could have been buried just outside his station, Brooks determined that an F-15 was flying 15 miles to the north. He jumped out of the truck and began trying to find a target.

As he listened to the police chief’s answers, which were growing increasingly evasive, Brooks became antsy. Taliban fighters might be nearby, and the unit was now stopped. He asked the F-15 to drop flares. Ten minutes later it did, sending the villagers running out of fear they were about to be struck.

That was a success, Brooks said. The troops were safer. Still, he sighed.

Under the new tactical directive, Brooks would have to explain why he used the flares.

“All I can think about is the paperwork,” he said. “It will take hours for 15 minutes of air power.”