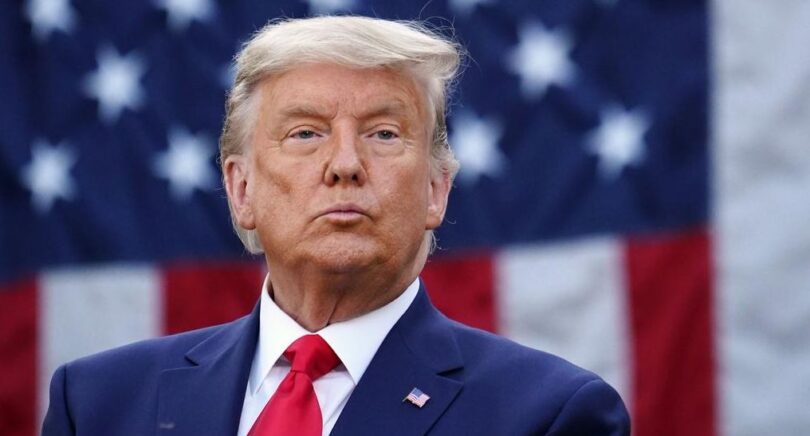 Former President Donald Trump has been a vocal supporter of the Covid-19 vaccines, which were developed rapidly under his administration under Operation Warp Speed and handed off to the Biden administration.

The current president has taken the vaccines and exploited them as a politicized weapon to target freedom-loving Americans and those who believe they have the right to bodily autonomy. Since the vaccines do not entirely prevent the spread of Covid-19, and natural immunity is equal to or superior to vaccinated immunity, there is no reasonable, legal or moral justification to force people to get these vaccines.

However, that is exactly what the Biden administration is doing. In September, the president announced a federal vaccine mandate that still has not been officially issued. Nonetheless, thousands of Americans have lost their jobs, and millions more jobs are threatened, due to the purported ‘deadline’ in December to get the jab or lose your job.

In the backdrop of this morally unjustifiable push for universal vaccination, which has been fanatically pursued without the reassurance of liability or appreciation of risk, there are questions about the former president’s views on the pseudo-scientific crusade.

Donald Trump recently spoke out about the sweeping vaccination goals by underscoring that Americans with natural immunity should be exempted from the agenda.

“They should not have to,” Trump said on Fox News. “If you get Covid, or whatever you want to call it, plenty of names: Wuhan virus, the China virus, you can call it – we got plenty of names. But when you get it, you shouldn’t have to be forced – they want to force people who have had it to have the vaccine. When in actuality, when you had it, you don’t need the vaccine. You become immune. So they say. And it’s rare… that you get it twice…”

“It is a natural immunity,” Trump said. “Why are they forcing people to take the vaccine? Remember this: The drug companies make a lot of money. And they like it. I don’t know who else wants it or likes it. When you get it, you don’t have to take the vaccine.”

Donald Trump’s arguments are backed by numerous recent medical studies. The CDC’s own figures estimate that at least 120 million Americans had been infected with Covid-19 by the end of May, thus possessing superior natural immunity. That figure can be projected to be at least 150 million currently, due to the Delta variant wave and the estimate that there are four infections for every case reported. Thus, even as the survival rate for Covid-19 stands at 99.7%, the case fatality rate is likely to be much lower than is reported.

The great majority of Americans who got Covid didn’t even know they had it. Therefore, it is highly questionable that they need vaccines, particularly if they can produce antibodies. The Biden administration is pushing a vaccine mandate that is certainly unlawful, and is unnecessarily wreaking havoc in America’s economy and society. Donald Trump does not support it