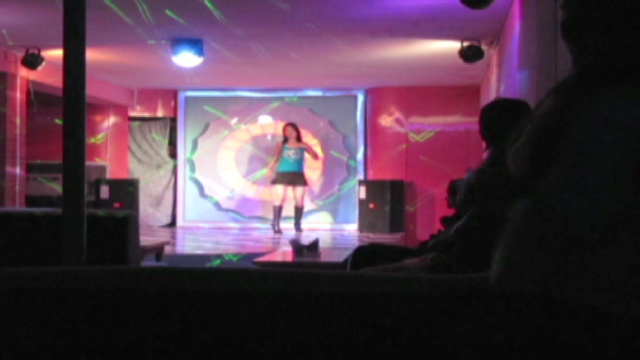 Editors Note: Harvard human trafficking fellow Siddharth Kara is undertaking a research trip around South Asia, looking at issues of forced labor, trafficking and child bondage. He will be getting access to the heart of the problem, and telling CNN.com readers what he has discovered every week over the next ten weeks.

West Terai, Nepal — Before venturing to this little-traveled quadrant of Nepal, I was interested to update my research on Katmandu’s massage parlors and dance bars.

About four-and-a-half years ago, I gathered an extensive account of how commercial sex is sold with young Nepalese girls in Kathmandu, especially in the tourist area of Thamel.

In shelters, I heard numerous stories from young girls trafficked from rural areas into the clubs and parlors, where they were coerced to perform sex acts with tourists and locals alike.

Each dance bar has a distinctive musical theme — American pop, Bollywood, etc — and while one young girl dances on stage, others sit with men at tables trying to transact for sex. If the club is busy and a man does not transact quickly enough, a bouncer tells him to make way for someone who will.

Along with physical coercion, threats against family members ensure the trafficked girls do as they are told. Small amounts of money sent to parents by the victims also pressure some to remain in sex work as long as possible.

In the massage parlors, the situation remains largely the same. I am typically told there are actually no massages for sale. When I enquire what else might be for sale, the offer to see young girls in a back room quickly emerges.

At casual glance, there seemed to be fewer clubs and parlors operating in Thamel. Local colleagues told me that the police have started to crack down, and also demand higher bribes. This has pushed many establishments into less touristy areas in Kathmandu, which I intend to investigate when I return.

Beyond Kathmandu, the new insights I gained this week on forced labor in Nepal have been in west Terai, a flat agricultural area along the border with Uttar Pradesh in India.

The essence of Kamaiya debt bondage is this — each year Kamaiya enter a “contract” with a landowner to work a large parcel of land. In exchange, they are given a small hut and a few hundred kilograms of rice throughout the year. They receive no money and no share in the income from their work. If they need money for anything, they must borrow it and go deeper into debt. As the debt grows, the bondage is passed from one generation to the next.

The Kamaiya system was officially banned by the Nepalese government in 2000. Land, brick homes, money, economic training, and other support were promised to the Kamaiya in order to ease their transition.

Based on my observation, barely one in ten identified Kamaiya have been provided with a home. Few have received the cash, training, and other support promised.

As a result, none of the former Kamaiya I met is able to earn enough income to survive, and some have receded back into the Kamaiya system.

On the trail of human trafficking

Perhaps worse, many others have been trafficked to India for labor exploitation.

Just saying someone is “free” without providing ongoing human rights care and development will likely consign that individual to being re-exploited in any number of ways, especially by opportunistic human traffickers.

Despite the challenges, all former Kamaiya I met relished their new freedom.