A Decisive Shift In The Power Balance Has Occurred 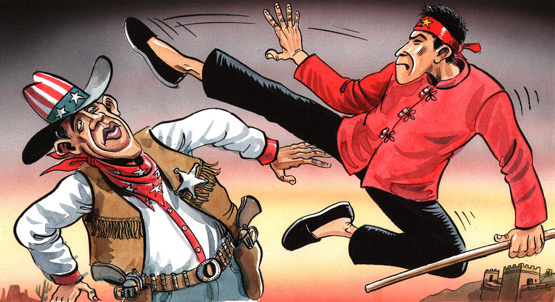 The world is beginning to realize that a sea-change in world affairs occurred on September 28 when President Putin of Russia stated in his UN speech that Russia can no longer tolerate Washington’s vicious, stupid, and failed policies that have unleashed chaos, which is engulfing the Middle East and now Europe.

Two days later, Russia took over the military situation in Syria and began the destruction of the Islamic State forces. 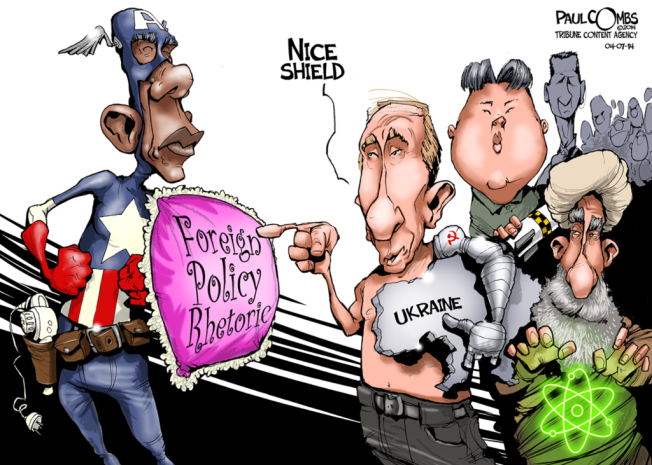 Perhaps among Obama’s advisers there are a few who are not drowning in hubris and can understand this sea change. Sputnik news reports that some high-level security advisers to Obama have advised him to withdraw US military forces from Syria and give up his plan to overthrow Assad. They advised Obama to cooperate with Russia in order to stop the refugee flow that is overwhelming Washington’s vassals in Europe. The influx of unwanted peoples is making Europeans aware of the high cost of enabling US foreign policy. Advisors have told Obama that the idiocy of the neoconservatives’ policies threaten Washington’s empire in Europe.

But Washington’s impulsive use of power is a danger to America and to the world. Arrogant Washington politicians and crazed neoconservatives are screaming that the US must shoot down Russian aircraft that are operating against the US-supplied forces that have brought death and destruction to Syria, unleashing millions of refugees on Europe, in Washington’s effort to overthrow the Syrian government.

Even my former CSIS colleague, Zbigniew Brzezinski, normally a sensible if sometimes misguided person, has written in the Financial Times that Washington should deliver an ultimatum to Russia to “cease and desist from military actions that directly affect American assets.” By “American assets,” Brzezinski means the jihadist forces that Washington has sicced on Syria.

Ash Carter, the US Secretary for War, repeats Brzezinski’s demand. He declared that Washington is not prepared to cooperate with Russia’s “tragically flawed” and “mistaken strategy” that frustrates Washington’s illegal attempt to overthrow the Syrian government with military violence.

Washington’s position is that only Washington decides and that Washington intends to unleash yet more chaos on the world in the hope that it reaches Russia.

I guess no one in heuristic and arrogant Washington was listening when Putin said in his UN speech on September 28: “We can no longer tolerate the state of affairs in the world.”

The intolerable state of affairs is the chaos that Washington has brought to the Middle East, chaos that threatens to expand into all countries with Muslim populations, and chaos from which millions of refugees are flooding into Europe.

Not satisfied with threatening Russia with war, Washington is preparing to send US Navy ships inside the 12-nautical-mile territorial limit of islands created by China’s land reclamation project. The Navy Times reports that three Pentagon officials have said on background that “approval of the mission is imminent.”

So here we have the US government gratuitously and provocatively threatening two nuclear powers. The Washington warmongers try to pretend that land reclamation is “an act of regional aggression” and that Washington is just upholding international law by protecting “freedom of navigation.”

Lt. Gen. Michael Flynn, a former director of the US Defense Intelligence Agency, the Pentagon’s intelligence organization, said that Washington needs to understand that “Russia also has foreign policy; Russia also has a national security strategy” and stop crossing Russia’s “red lines.” Gen. Flynn thus joins with Patrick J. Buchanan as two voices of sense and sensibility in Washington. Together they stand against the arrogance and hubris that will destroy us.
Several commentators, such as Mike Whitney and Stephen Lendman, have concluded, correctly, that there is nothing that Washington can do about Russian actions against the Islamic State. The neoconservatives’ plan for a UN no-fly zone over Syria in order to push out the Russians is a pipe dream. No such resolution will come out of the UN. Indeed, the Russians have already established a de facto no-fly zone.

Putin, without issuing any verbal threats or engaging in any name-calling, has decisively shifted the power balance, and the world knows it.

Washington’s response consists of name-calling, bluster and more lies, some of which is echoed by some of Washington’s ever more doubtful vassals. The only effect is to demonstrate Washington’s impotence.

If Obama has any sense, he will dismiss from his government the neoconservative morons who have squandered Washington’s power, and he will focus instead on holding on to Europe by working with Russia to destroy, rather than to sponsor, the terrorism in the Middle East that is overwhelming Europe with refugees.

If Obama cannot admit a mistake, the United States will continue to lose credibility and prestige around the world.