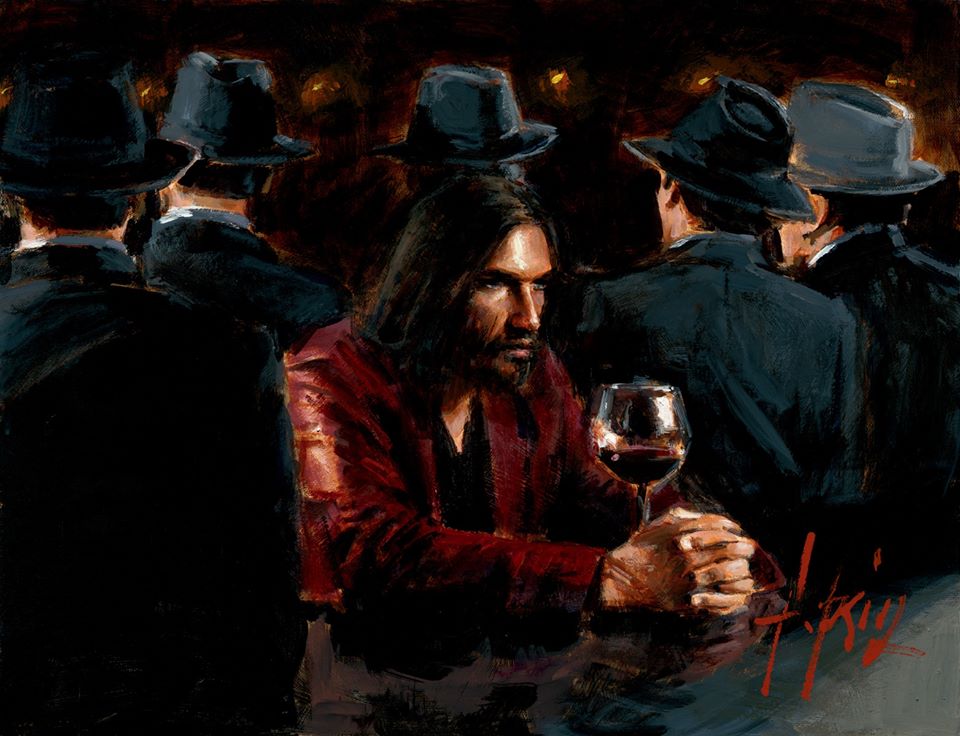 One thing that has struck me lately is how unfashionable it has become to strive towards what used to be called gentlemanly behavior. Perhaps civility might be more appropriate, since gentlemanly tends to invoke a false image of the well to do, well-dressed. Although civility is too often cold, and a dissembling of rudeness through overuse of politeness.

Then let us just say a manner of life that embraces kindness and tolerance, a humanness fueled not merely by sentiment or a disposition of character, but by reason coupled with moral sentiment.

Even in such a matter as a terrible and unjust assault being committed on those who may have provoked more uneducated minds, those who rise to the defense of tolerance can do so in the most intolerant, hateful, and unreasonable of manners, and think themselves virtuous and wise.

So they can say that all religion is deserving of disrespect, and demean all those who think differently than themselves, as if they were of one mind and one character. They are free to insult and disrespect others by abusing their freedom, which in itself may be no real fault, but then they imagine themselves superior to the worst of those whom they despise, who may act overtly on their similar intolerance and hatred of others. And so they become hypocrites and bullies.

It is the very hallmark of a self absorbed mind, to commit the same offense as another, while seeking to cast out the imagined faults of their brothers with the fists of their words, and think themselves virtuous and justified because in the kingdom of their own mind ‘they deserve it.’

How then are they different from the under educated and oppressed who in their own ignorance resort to violence. It is like the white collar criminal who thinks themselves more morally justified and blameless because they use the pen and the bribe to steal, rather than the knife or the club.

If there is anything to be learned from all this, it is that we are all capable of enormous hypocrisies, if we think ourselves to be good as we are, perfect and without fault, more than human by our nature. This is the most deadly, the first fault of pride, and from it flows a cornucopia of all other injustice and abuses.

It is almost a definition of a gentleman to say he is one who never inflicts pain. This description is both refined and, as far as it goes, accurate…

…his great concern being to make every one at their ease and at home. He has his eyes on all his company; he is tender towards the bashful, gentle towards the distant, and merciful towards the absurd; he can recollect to whom he is speaking; he guards against unseasonable allusions, or topics which may irritate; he is seldom prominent in conversation, and never wearisome.

He makes light of favours while he does them, and seems to be receiving when he is conferring. He never speaks of himself except when compelled, never defends himself by a mere retort, he has no ears for slander or gossip, is scrupulous in imputing motives to those who interfere with him, and interprets every thing for the best. He is never mean or little in his disputes, never takes unfair advantage, never mistakes personalities or sharp sayings for arguments, or insinuates evil which he dare not say out…

If he engages in controversy of any kind, his disciplined intellect preserves him from the blundering discourtesy of better, perhaps, but less educated minds; who, like blunt weapons, tear and hack instead of cutting clean, who mistake the point in argument, waste their strength on trifles, misconceive their adversary, and leave the question more involved than they find it. He may be right or wrong in his opinion, but he is too clear-headed to be unjust; he is as simple as he is forcible, and as brief as he is decisive.

Nowhere shall we find greater candour, consideration, indulgence: he throws himself into the minds of his opponents, he accounts for their mistakes. He knows the weakness of human reason as well as its strength, its province and its limits. If he be an unbeliever, he will be too profound and large-minded to ridicule religion or to act against it; he is too wise to be a dogmatist or fanatic in his infidelity.

He respects piety and devotion; he even supports institutions as venerable, beautiful, or useful, to which he does not assent; he honours the ministers of religion, and it contents him to decline its mysteries without assailing or denouncing them. He is a friend of religious toleration…