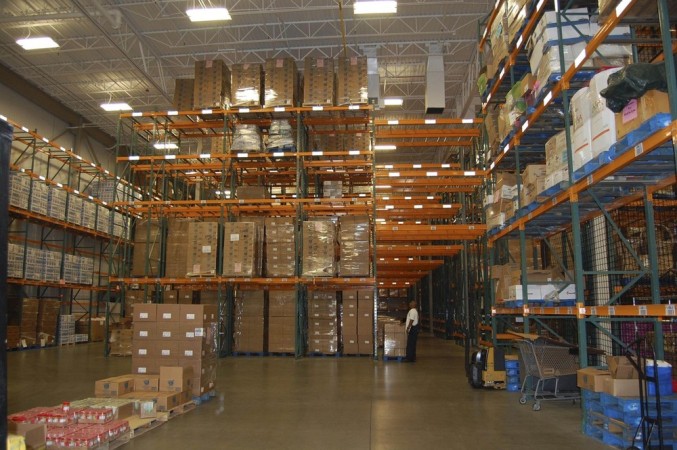 A place on the table

I am sure 10-year-old Rosie, who is featured in A Place at the Table, would be more than happy to welcome politicians into her small house in Collbran, Colorado, where she dreams that one day, Extreme Makeover, a reality TV show providing home improvements for struggling families, will rescue her family. “I want my kids to have a better life than I do,” she says. “Have more food, have a bigger house. No mold. And never be hungry.”

When Rosie is hungry, she cannot focus in class. She yawns and then zones out. When her fifth grade teacher tells her to pay attention, all she can do is think about food. “So I have these little visions in my eyes,” she says. “Sometimes when I look at her, I vision her as a banana. And everybody in the class is like apples or oranges.”

US food-prices spike amid record temperatures
What happens when her family, which includes four working adults, runs out of food? “We try to figure out something. Probably ask friends for food,” she says. “We get really hungry and our tummies just growl. And sometimes I feel like I am gonna barf cause it feels so bad, but I do not really know what to do.”

If telling a hungry child why they just removed the Food Stamp program from the Farm Bill is too much to handle, House Republicans can visit Adam Appelhanz, a Town Marshal in Collbran who has not had a raise in four years. “What I used to spend on a month in groceries now gets me about two weeks,” he says. Appelhanz has no choice but to go to a church food bank to put food on the table.

In the film, you will also meet Barbie, a single mom who grew up in poverty, is trying to provide a better life for her two kids in Philadelphia. She rides two buses and travels more than an Hunger hour in each direction to shop at a fully stocked grocery store.

Tremonica, a second-grader living in Mississippi, has asthma and health issues that are exacerbated by junk food filled with empty calories. It is the only food her hardworking mom can afford.

John, a 48-year-old single dad of three in a Chicago suburb, struggles to put food on the table after losing his job as a banker during the economic crisis. He left the banking world and got a degree in elementary education. He is now trying to make ends meet as an instructional assistant.

Most food stamp recipients are children, the elderly, and people with disabilities; average monthly benefit for one person is $133.44 or $4.50 a day. The average family receiving food stamps has an average of $101 in savings.

We rarely see the faces of hunger in the media or look at this issue through a historical lens. That is what makes A Place at the Table such an important film. The personal stories are heartbreaking. The lack of political will to seriously address this issue is shameful. In 1968, the public was outraged and galvanized after CBS aired a special hour-long documentary called Hunger in America. The people rose up and demanded changes.

In May 1969 speech called “Special Message to the Congress Recommending a Program to End Hunger in America,” Republican President Richard Nixon said: “That hunger and malnutrition should persist in a land such as ours is embarrassing and intolerable.”

In 1970, Nixon expanded the Elderly Feeding and Women, Infant and Children programs, instituted the School Breakfast program, and made the Food Stamp program national. These initiatives nearly solved the hunger problem.

Then along came Ronald Reagan, tax cuts for the wealthy, an increase in military spending, and massive budget cuts to social programs. Sound familiar? Just 10 years after major changes, people who could not make ends meet were back on the streets and the myth that it is their fault because they are lazy and take advantage of big government while the rest of us work for an honest paycheck gained traction.lderly Even though 85 percent of families with food and hunger issues have at least one working adult in the household, those nasty stereotypes persist to this day. The government is doing too much for this undeserving lot. The private sector will solve these problems. In the meantime, let charities feed them.

In 1980, there were 200 food banks in the United States. Today there are over 40,000. Go to a food bank or soup kitchen and you will find that it cannot keep up with demand. Lines often form outside before the doors open. Some are even expanding and hiring. These organisations provide an incredibly important service and their volunteers are some of the most dedicated people you will ever meet, but charity will not solve this problem.

Lori Silverbush, co-director of A Place at the Table , says she always knew people were hungry in the US, but had no idea the numbers were so massive. The film shows hunger increasing under US Presidents, along with clips of them all claiming to tackle the issue. Under Reagan, 20 m Americans were hungry; George HW Bush, 30 m; Bill Clinton, 33 m; George W. Bush, 49 million; President Barack Obama, almost 50 million.

Over the course of interviewing people for two years, Silverbush was shocked to learn that there is hunger in every single county in the US. Before making the film, like many Americans, she believed that writing a bigger check to her favorite charitable organisations was the answer. The other misconception is that we just do not have enough healthy food to feed everyone. That is not true. The real problem is poverty.

Inside Story Americas – Improving food safety in the US
We need a major shift in priorities and spending. The Bush/ObRegaama extension tax cuts will cost $3.2tn from 2001-2021, according to the National Priorities Project. When healthcare for veterans is factored in, the cost of the US invasions of Iraq and Afghanistan could reach $6tn over the next four decades, according to the Costs of War project. When the National Priorities Project’s Chris Hellman added up what taxpayers pay for the US military, the Pentagon, the Department of Homeland Security, and every other aspect of the military industrial complex, he came up with a grand total of $1.2tn a year. When you follow the money, you will find hundreds of millions of dollars spent on special interest lobbying.

Hungry children do not have high paid lobbyists. In 2011, Congress approved a measly $4.5bn over the next 10 years for the Child Nutrition Act. More than half of that amount will be paid for by cutting the Food Stamp program, rather than the bloated and wasteful military budget. President Obama asked for $10bn over 10 years, while hunger and nutrition advocates say it will take $40 bn to truly address the issue. That money could be used to feed fruits and vegetables to the 17 million children whose main meal is eaten at school and help families prepare healthy meals at home.

In the book, A Place at the Table, Silverbush and her co-producer Kristi Jacobson pose questions we need to ask. “If federal agricultural subsidies went toward fruits and vegetables rather than overpriced commodities, would that peach be cheaper than the cheeseburger? What if we were to create a Department of Food Policy, as many experts have called for? Why do we have policies that keep liquor stores away from schools but allow junk food into them? Why cannot school meals be highly nutritious and free for all students, thereby erasing the stigma for the millions of kids who need government-subsidised meals? If we can teach algebra, why not food smarts? After all, what could be a greater stimulus to the economy than a healthier, more productive population.”

Watch the film online or rent the DVD and spread the word. Tell everyone you know that 50 million people in the wealthiest country on earth either go to bed hungry or cannot afford nutritious food. We will not see hunger eradicated until we shame politicians into taking action. If the people did it in 1968, we can do it in 2013. In a country with so much wealth and abundance, we can and must do better.

Rose Aguilar is the host of Your Call, a daily call-in radio show on KALW in San Francisco.