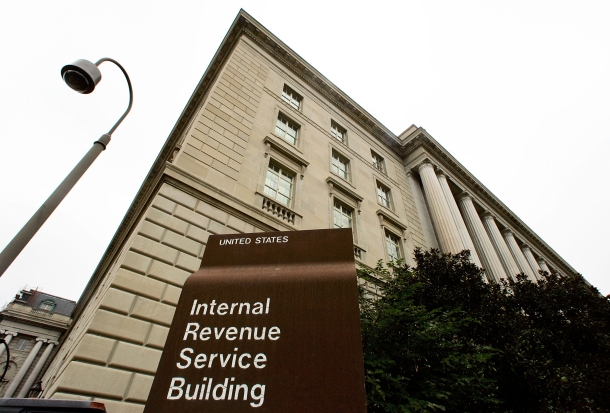 The ACLU has obtained internal IRS documents that say Americans enjoy “generally no privacy” in their e-mail messages, Facebook chats, and other electronic communications.

Internal Revenue Service doesn’t seem to believe it needs a search warrant before reading your e-mail.

Newly disclosed documents prepared by IRS lawyers says that Americans enjoy “generally no privacy” in their e-mail, Facebook chats, Twitter direct messages, and similar online communications — meaning that they can be perused without obtaining a search warrant signed by a judge.

That places the IRS at odds with a growing sentiment among many judges and legislators who believe that Americans’ e-mail messages should be protected from warrant-less search and seizure. They say e-mail should be protected by the same Fourth Amendment privacy standards that require search warrants for hard drives in someone’s home, or a physical letter in a filing cabinet.

An IRS 2009 Search Warrant Handbook obtained by the American Civil Liberties Union argues that “emails and other transmissions generally lose their reasonable expectation of privacy and thus their Fourth Amendment protection once they have been sent from an individual’s computer.” The handbook was prepared by the Office of Chief Counsel for the Criminal Tax Division and obtained through the Freedom of Information Act.

Let’s hope you never end up on the wrong end of an IRS criminal tax investigation. But if you do, you should be able to trust that the IRS will obey the Fourth Amendment when it seeks the contents of your private emails. Until now, that hasn’t been the case. The IRS should let the American public know whether it obtains warrants across the board when accessing people’s email. And even more important, the IRS should formally amend its policies to require its agents to obtain warrants when seeking the contents of emails, without regard to their age.

The IRS did not immediately respond to a request from CNET asking about whether the agency’s position is that a search warrant is required for e-mail and similar communications.

The IRS continued to take the same position, the documents indicate, even after a federal appeals court ruled in a 2010 case called U.S. v. Warshak that Americans have a reasonable expectation of privacy in their e-mail. A few e-mail providers, including Google, Microsoft, Yahoo, and Facebook, but not all, have taken the position that Warshak mandates warrants for e-mail.

Until the Warshak decision, the general rule since 1986 had been that police could obtain Americans’ e-mail messages older than 180 days old with an administrative subpoena or what’s known as a 2703(d) order, both of which lack a warrant’s probable cause requirement.

The rule was adopted in the era of telephone modems, BBSs, and UUCP links, long before gigabytes of e-mail stored in the cloud was ever envisioned. Since then, the Sixth Circuit ruled in Warshak, technology had changed dramatically: “Since the advent of e-mail, the telephone call and the letter have waned in importance, and an explosion of Internet-based communication has taken place. People are now able to send sensitive and intimate information, instantaneously, to friends, family, and colleagues half a world away… By obtaining access to someone’s e-mail, government agents gain the ability to peer deeply into his activities.”

March 2011 update to the IRS manual, published four months after the Warshak decision, says that nothing has changed and that “investigators can obtain everything in an account except for unopened e-mail or voice mail stored with a provider for 180 days or less” without a warrant. An October 2011 memorandum (PDF) from IRS senior counsel William Spatz took a similar position.

A phalanx of companies, including Amazon.com, Apple, AT&T, eBay, Google, Intel, Microsoft, and Twitter, as well as liberal, conservative, and libertarian advocacy groups, have asked Congress to update the 1986 Electronic Communications Privacy Act to make it clear that law enforcement needs warrants to access private communications and the locations of mobile devices.