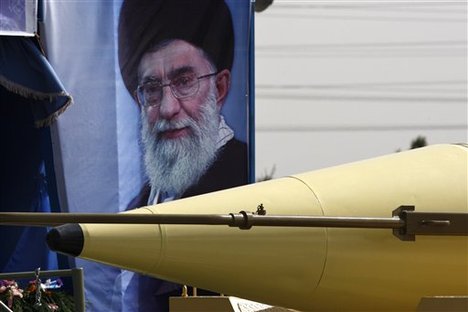 The Iranian cameraman assigned to document President Mahmoud Ahmadinejad’s recent trip to the UN has defected, and new reports claim that with his exit he has handed the US a trove of never-before-seen footage of his homeland’s nuclear facilities.

Hassan Golkhanban, a journalist for the Iranian News Network, was among the 140-people that accompanied President Ahmadinejad to the United Nations headquarters in New York last week. Unlike the rest of the Iran head’s entourage, however, the videographer vanished before returning home and has since asked the US State Department to grant him political asylum. 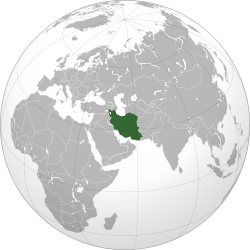 Now Israel’s Debka news agency reports that with his application for asylum, Golkhanban has made good with America’s request for information on a rumored nuclear warhead program being ramped up overseas.

According to Debka, the trusted member of President Ahmadinejad’s crew took with him to the States two suitcases full of “the most complete and updated footage” that US intelligence has ever been offered of Iran’s top secret military facilities and other related structures, something the site claims to include “exclusive interior shots of the Natanz nuclear complex, the Fordo underground enrichment plant, the Parchin military complex and the small Amir-Abad research reactor in Tehran.”

On their part, Iran has not yet commented on either Golkhanban’s defection or the rumored footage reported to have since been delivered to American authorities, but his lawyer confirms that the cameraman has indeed cut ties with Ahmadinejad.

“He was being threatened because of what he thought would happen when he went back,” New York-based attorney Paul O’Dwyer tells Jewish News One in a sit-down interview this week.

“There were demands made on him by the presidential detail while he was here,” O’Dwyer says, “to do things that he did not want to do, and he was obviously very, very concerned about what the repercussions to him would be when he went back to Iran for disobeying those orders.”

Commenting on his client to CNN, O’Dwyer adds of Golkhanban, “He’s perceived as not being a supporter, or being an opponent of the Iranian regime… somebody who has betrayed the regime and who can no longer be trusted by them.”

The United States has been eager to get to the bottom of Iran’s nuclear program, a project that Ahmadinejad attests is for peaceful purposes. If Debka’s report checks out, however, US intelligence may finally be able to hold Iran accountable for proved attempts towards procuring a nuke.

According to the source, “Some of the film depicts Revolutionary Guards and military industry chiefs explaining in detail to the president or supreme leader the working of secret equipment on view.”

During his own recent address before the UN General Assembly, US President Barack Obama called a nuclear-armed Iran “not a challenge that can be contained” that has the potential to “threaten the elimination of Israel, the security of Gulf nations, and the stability of the global economy.”

“That is why a coalition of countries is holding the Iranian government accountable. And that is why the United States will do what we must to prevent Iran from obtaining a nuclear weapon,” President Obama told his audience.