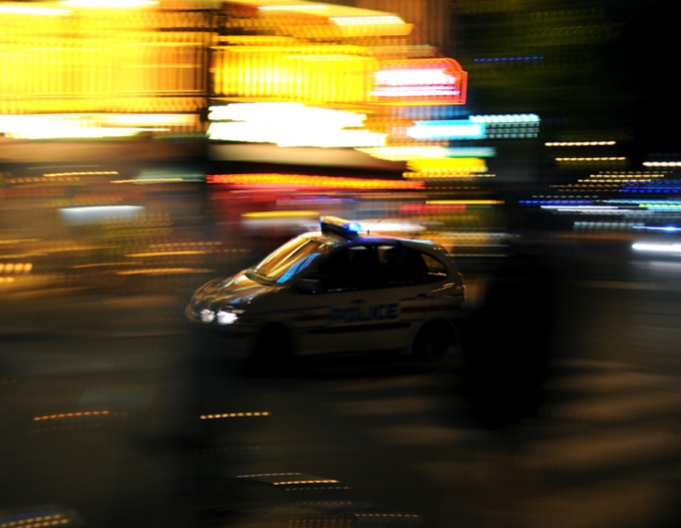 – A convoy of hearses left the cemetery in Thessaloniki, Greece and made its way to the government’s nearby regional headquarters. To the relief of the civil servants watching from the windows, the vehicles were empty – except for the drivers, who arrived en masse to protest a recent tax hike. Hearse costs have recently shot up in Greece thanks to a government decision to upgrade them to the “private car” category, alongside luxury brands like Ferraris or Aston Martins. Athens, as the late December demonstration underscores, is keen to exploit even the smallest source of income in its desperate – and possibly futile – effort to remain in the euro zone.

Europe has other serious concerns as well, including the fact that its “fairy godmother,” otherwise known as the European Central Bank (ECB), has proven to be overly stingy, refusing to offer Eurobonds to secure national debt, which could otherwise be an egalitarian way to share the debt burden. Indeed, the euro could become a global time bomb in 2012.

One possibility is that it will suddenly collapse in a wave of panic triggered by the default of a couple of nations. A report by Nomura Bank explains how such a scenario could play out. The French public and private sectors hold about $540 billion of Italy’s sovereign debt, according to the report. If Italy were to default on that debt, France would lose the equivalent of 16.3% of its 2010 GDP and French debt would increase to about 90% of its GDP. France is exposed to $887 billion of debt belonging to countries on the periphery of the euro zone. If more countries were to default, French debt could hit 120% of GDP.

Preventing that scenario will require strict austerity measures. But that “cure” would well catapult the euro zone economies into a prolonged recession. “The crisis is currently showing itself through budget constraints, and at the same time growth is scarce,” says Jérôme Creel, economist at ESCP Europe Business School. The paradox, he explains, is that “the measures adopted can make things worse. If budgets are cut, slow growth may decline into a recession and public debt could even increase. The cure is worse than the disease.”

As far as Latin America is concerned, the really tragic aspect is that, despite jokes about the growing irrelevance of Europe, it currently purchases between 20% and 40% of Latin American exports. Europe also invests heavily in Latin America, and contributes more than any other region in terms of the donations and philanthropic aid Latin America receives.

The 2012 U.S. presidential elections could make matters even worse, particularly if Ron Paul or Newt Gingrich end up in the White House. Paul believes Martin Luther King was a pedophile “who seduced underage boys and girls.” Gingrich is obsessed with the apocalyptic science-fiction book “One Second After” which tells the story of how an electromagnetic pulse attack causes us to “lose our civilization in a matter of seconds.” Both are vying for the Republican Party nomination. Far from being eccentric outcasts, they are both long-time legislators.

Their principal rival is Mitt Romney, ex-governor of Massachusetts, who comes off as a moderate man of the world: he successfully organized the 2002 Winter Olympics in Salt Lake City, was a super successful private equity manager, he gets on well with the French… and even speaks their language! As if that’s not enough, he increased taxes during his time as governor to successfully eliminate the deficit. The problem is his religion: he’s a Mormon. The Christian fundamentalist base of the Republican party may refuse to accept him.

“I don’t think the GOP has found a candidate who can compete with Obama yet, however defiant they might like to come across,

The world could become a lot more unpredictable if Gingrich comes to power. He has already forecast attacks against North Korea and Iran to destroy their military arsenals. Paul, on the other hand, preaches international disengagement, which would include abandoning the United Nations, NATO, NAFTA and WTO. That’s not all. As a follower of Friedrich Hayek and Ludwig von Mises, two eminent liberal economists, Paul proposes abolishing the Federal Reserve and the public health system. To cap it all, he believes global warming is a myth created by scientists. Such a return to 18th century ideology could trigger a 10th century-style global recession.

Israel has atomic bombs, but won’t admit it. Iran has uranium to make atomic bombs and won’t deny it intends to produce them. The United States says it wants the best for Iran, yet sends spy planes and threatens to attack. Iran insists it’s a democratic country, but allows a group of people whose specialty is communicating with God to decide which members of the opposition to throw in prison. Israelis were appalled when Iran said their country should be erased from the map, but they find it acceptable to deny Palestine their place on the map. The U.S. Congress blindly supports Israel’s actions, but some just do it because of peculiar religious beliefs: Israel has to exist to provoke Armageddon in order for Christ to return to Earth.

Three years before her death in May 2011, the British psychoanalyst Hanna Segal gave her last interview. She maintained that “when mad things start happening, it’s when subgroups get out of control, and particularly when they combine: God, money and the military is a particularly deadly combination.”

That is exactly the combination being cooked up between Israel and Iran. Just a few weeks ago, Robert J. Einhorn, an American diplomat, visited South Korea. His mission? To convince the allied government of Seoul to stop buying Iranian petrochemicals. Iran is currently the third largest exporter of oil and petroleum products in the world and South Korea is one of its top five buyers.

The U.S. plan is that, without revenue from South Korea, Teheran’s economy, already in a bad way due to multiple restrictions placed on it, could enter a period of crisis that could eventually cause the regime to collapse. This didn’t work with Cuba, or with South Africa, and it won’t work with Iran either. But Einhorn, special advisor for non-proliferation and arms control, believes that embargos represent a useful diplomatic option to avoid things turning violent.

With this brewing, 2012 could be a very bad year if one of the players in this game loses its cool and thus loses control of the situation. The spark may well be Israel bombing Iranian nuclear plants. How would Iran respond? With its usual missiles? That would be a crazy war: no land attacks, just a few planes fighting against lots of missiles.

Another possibility is that Teheran closes the Strait of Hormuz, which is just 54 kilometers wide. Iran controls one of its coasts, Oman and the United Arab Emirates the other. Some 15.5 million barrels of crude oil pass through the strait each day, one sixth of the world’s total consumption. Between Dec. 24, 2011 and Jan. 3, 2012, the Iranian navy undertook maneuvers covering 2,000 km between the Indian Ocean and the strait, just to show that they can. If Iran closed the strait, this would lead to a confrontation with the Fifth Fleet of the United States, which includes the Bahrain-based Combined Task Force 150, whose job it is to protect the strait. This is a multinational fleet with ships from 16 nations.

If Iran were to sink an American ship, that would result in war with Washington, the consequences of which are difficult to judge: Iran is not Iraq. Iran has 78 million inhabitants and two parallel armed forces (the Islamic Republic forces with 550,000 men, and the Army of the Dependents of the Islamic Revolution with 120,000) as well as a paramilitary force (Basij) with 90,000 members and 300,000 reserves. Unless the regime collapses, an invasion would appear to be outside of U.S. capabilities, although this doesn’t prevent them from undertaking a long spell of bombing.

This would cause the price of oil to rise significantly, possibly reaching distressing levels if Saudi Arabian refineries, surrounded by hostilities, were to be damaged. The world economy would end up coming to a standstill, the American recovery would be aborted and, as it did with the second Iraq war, the United States would once again commit itself to budget suicide. There are few other combinations of scenarios as unacceptable — and deadly — as this one.

One Response to “Brinkmanship In A World On The Edge”